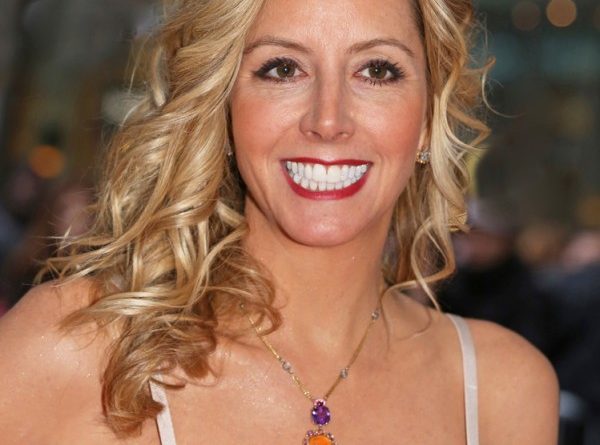 While the fashion junkies crave the latest designs from the world’s big catwalks during New York Fashion Week, we asked ourselves something completely different. Can you really become a billionaire as a fashion designer and how rich are the richest international fashion designers really? While making a fortune greater than $ 1 billion using fashion is not easy, it is entirely possible. So who are they, the fashion billionaires?

These are the 11 richest fashion designers in the world

Sara Blakely, the inventor of Spanx, makes the start. At the tender age of 25, Sara, who had previously gone from door to door as a fax machine representative, had her brilliant idea. Shapewear was practically non-existent back then, so Sara Blakely created a completely new product with Spanx, which was not only very well received by US customers, but later also worldwide. Sara Blakely became the youngest self-made billionaire of all time.

The name Tory Burch is best known in the United States. Tory Burch worked her way up bit by bit and in the meantime also worked for Ralph Lauren, another billionaire on our list, as well as for the designer Vera Wang. In 2004, Tory received a whopping $ 2 million from her then-husband to create her own collection. Of course, the smart Tory did not miss this opportunity and began to design accessories and clothing for the woman of the world at her kitchen table. Tory wanted to offer affordable luxury and immediately opened his own boutique in New York City. Already on the first day there were almost no goods left in Tory’s boutique, as the New York ladies had bought almost everything.

The fashion designer Michael Kors, who has since opened numerous branches of his own and outlet stores in Europe, is a real self-made billionaire. Michael studied at the Fashion Institute of Technology in New York City, but never graduated from FIT. However, through a job at Bergdorf Goodman’s, Kors became famous as a designer. While his premium fashion can be found in department stores such as Saks Fifth Avenue, Lord & Taylor or Neiman Marcus, Michael Kors mainly offers handbags and leather goods in the medium price segment.

Miuccia Prada is co-founder and chief designer at the Prada fashion label. She holds a total of 35% of the shares in the fashion empire, with the other majority percent owned by her siblings Alberto and Marina and her husband Patrizio Bertelli. The umbrella group Prada is also known for the brands Miu Miu, Church’s and The Original Car Shoe.

Giorgio Armani is without a doubt one of the greatest fashion designers of the time. The native Italian is the sole owner of his globally interacting fashion label “Giorgio Armani”. In total, the fashion company operates over 2,000 shops in over 60 countries around the world. Armani also recognized the potential of its own cosmetics line very quickly and began building it up in 2000 alongside the successful clothing line.

This billionaire is one of the most famous names in our ranking. After all, the smart American has also named his fashion label after himself. A good deal of luck was definitely part of Ralph Lauren’s success story. He initially worked as a salesman at Brooks Brothers, but quickly began designing and sewing his own ties and bow ties. These were so popular that the US luxury department store chain Neiman Marcus placed an order for 1200 pieces. With the introduction of the polo shirt, Ralph Lauren revolutionized the fashion market again in the 1970s. The label now sells its fashion for women, men and children, jewelry, perfume, glasses, cosmetics, home textiles and shoes worldwide.

The Wertheimer brothers are the proud owners of the Chanel fashion brand. Her grandfather, Pierre Wertheimer, founded the company in 1909, which has since been passed on to his grandchildren. Although Pierre’s partner at the time, Gabrielle (Coco) Chanel, also owned part of the company, the Wertheimers were able to buy their shares after their death in the 1970s and have thus become the sole owners of the Chanel fashion empire.

The first and only Asian on our list doesn’t just owe its fortune to the Uniqlo brand. After all, Fast Retailing, the group that the billionaire was able to build up from an initially rather modest family business in the fashion industry, also includes other well-known brands such as J Brand, Theory and Princesse Tam-Tam. With this broad portfolio, Tadashi was able to conquer the international fashion world.

H&M made this man rich. In 1947 Stefan Persson founded Hennes as a women’s clothing store in Sweden. In the meantime, it has become an international fashion chain that is so celebrated that more and more design giants are working with H&M. By the way, Hennes became Hennes & Mauritz in 1968 because Stefan Persson bought a hunting shop called Mauritz that also sold men’s clothing. Today there is hardly an industrial nation in the world in which H&M is not represented with an online shop or its own local branches.

Arnault has made his fortune as CEO of LVMH, among other things, with the luxury brand Louis Vuitton also belonging to this label. He has also been working for the Christian Dior fashion label since 1989. Bernard Arnault had once studied something completely different. He wanted to become an engineer, but then turned to his family business until he had enough money to buy the Marcel Boussac fashion company. When he succeeded, the smart French also snatched Christian Dior and the French luxury department store Le Bon Marche under the nail and was able to gradually accumulate his current wealth.

He probably never would have dreamed that the man behind Zara would one day get so rich. Amancio Ortega is a real self-made billionaire, as he is in the book. He owns the Inditex Fashion Group, which not only includes Zara, but also other well-known fashion brands. The Spaniard, who has been working as a designer since 1960, has not even graduated from school. In 1975 he founded Zara with his then wife and at the same time laid the foundation for his groundbreaking global success.