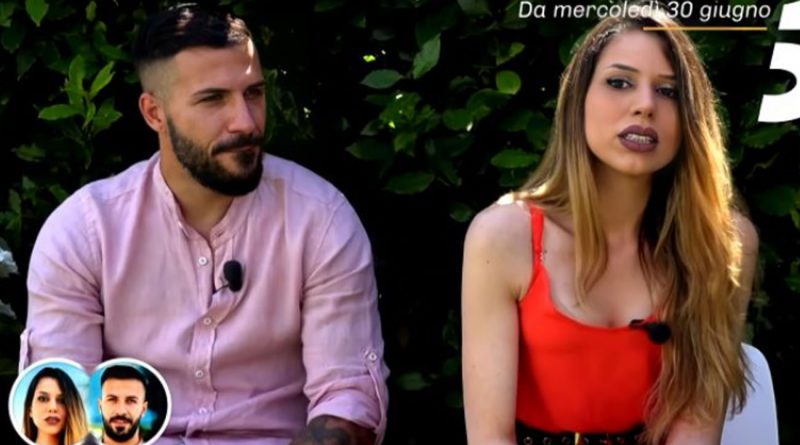 Who are Floriana and Federico?

Biography of Federico Rasa and Floriana

Federico Rasa he is originally from Palermo, he is 34 years old and he was born in 1987. We do not have much information about him, also because his surname often bears the same name. We don’t even know what Federico’s profession is. He defines himself sentimental and good, but also a closed person.

Floriana is a 21-year-old girl, being very young it is likely that she has recently finished her studies or is enrolled in university. We do not know if Floriana works instead, that of the girl is the only surname that has not been leaked among the competitors of this edition of Temptation Island.

Floriana and Federico of Temptation Island they have a 13-year age difference and have been engaged for two years. Floriana is 21 and has been engaged to Federico since she was 19. Both originally from Palermo, Floriana and Federico after an initial period in which Federico courts his girlfriend and she feels loved and wanted, the relationship “tilts”. Federico, after conquering Floriana, has settled into their relationship, so much so that Floriana doubts about his own love: she wonders if Federico loves her, or is with her out of safety and habit.

Federico, Floriana’s boyfriend, does not deny the complaints of his girlfriend. Convinced of the relationship with Floriana, Federico himself affirms that “When I have certainties I no longer do what I did before, now it is mine and nobody takes it off anymore!”.

Floriane and Federico a month later they are still happily engaged. The couple found each other again and are doing well despite Floriana taking a while to absorb the blow at first. Federico, however, is more present, they spend more time together and less with friends and Floriana has therefore happily resumed the relationship. The dialogue has also been improved and the shortcomings of the first are just a bad memory.

Why Are They Attending Temptation Island?

Floriana and Federico they participate in Temptation Island because Floriana wrote to the editorial staff of the program. The 21-year-old girl fears that her boyfriend’s behavior could somehow undermine their relationship. If at first he courted her and had particular attention towards her, now, after two years of relationship, Federico no longer woos Floriana, taking her for granted, according to the girl’s words, she doesn’t want to be in a relationship alone. Floriana is sure of her feelings for Federico but she doesn’t think he is more in love with her than before.

Federico, for his part, does not deny his attitude, saying that once he has conquered something he no longer behaves like in the early days, because he is sure that no one can take it away from him. Federico also stated that he is participating in Temptation Island to please Floriana. On the other hand, in the presentation video of the couple, the thirty-four-year-old concludes by saying:

I will face this experience by putting myself on the line 100 per 100… what happens, happens

The Report: through the profile of Deianira Marzano was reported the comment of a user who says: “Guys, but they are not a couple: I know him and he is super single “.

This is the only couple with less information about their work and personal life leaked.

The presentation video of Floriana and Federico Rasa at Temptation Island 2021:

Home » Reality show ” About Me Floriana and Federico Temptation Island 2021: Age, Bonfire and One Month Later