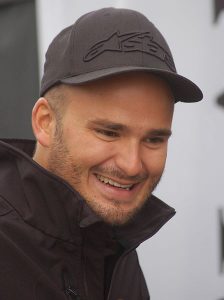 In Germany there is hardly a richer bachelor than him – Albert von Thurn und Taxis. After all, the current head of the family of the former Princely House of Thurn und Taxis is worth billions. At least that’s what the Forbes list from 2014 says. With its insane fortune, the single made it to number 1,190 in the world at the time. In Germany, however, he was ranked 76th among the richest people in Germany. Albert von Thurn und Taxis has an esteemed one Assets of 1.2 billion euros. However, Albert, who still has two sisters, is not resting on his wealth. Rather, he also appears as a racing driver and entrepreneur – and even very successfully.

The prince as a racing driver

In 2007 and 2008 Albert von Thurn und Taxis won the runner-up championship and in 2010 even the Championship title at the ADAC GT Masters to back up. After the father died early, the son inherited the entire private fortune in 1990 together with his mother and two older sisters, Elisabeth and Maria Theresia. From then on, the management of the family assets was the responsibility of the only son, although he did this under the tutelage of his mother Gloria until 2001, when the family owner finally came of age.

Studying theology and economics in Edinburgh seems like a rather unusual choice. The fact that the princely child lives in Zurich, Switzerland, does not, however. Many rich people call this city their home. The genealogical handbook of the nobility sees a name for the avowed bachelors before, which makes his special status easily recognizable: “His Highness the 12th Prince of Thurn and Taxis, Prince of Buchau and Prince of Krotoszyn, Duke of Wörth and Donaustauf, Prince Count of Friedberg-Scheer, Count of Valle-Sássina, too zu Marchtal, Neresheim, etc., Postmaster General. ”Albert von Thurn und Taxis is hardly ever addressed in this way, however. After all, we no longer live in times of monarchy. Simply “Albert” is more than enough for the single among friends.

That Albert is also considered the Grand Master of the House Order De Parfaite Amitié and is also a legal knight of the Constantinian Military Order of St. George may sound dusty. The prince is a very modern bachelor. Nevertheless, the search for the right woman at his side is anything but easy. After all, Albert has to protect his property. After all, the von Thurn und Taxis family is the largest private landowner in all of Germany. Meager The family clan owns 20,000 hectares of forest in this country. The Thurn und Taxis family is also the largest private forest owner in the Federal Republic of Germany, even if their property was once considerably larger. Before Albert’s mother sold a section of forest to the Blauwald Group, which served to diversify assets, the clan owned an impressive 28,000 hectares of forest.

But madness is not the only obstacle in the search for great love. After all, the mother of the single wants a noblewoman for her son who should ideally have Catholic roots. Not at all easy to find the heart leaf there. After all, Albert von Thurn und Taxis doesn’t like being in the spotlight while his mother Gloria von Thurn und Taxis downright loves the red carpets of the republic. The fact that even little Albert didn’t make a big fuss about himself at school makes him all the more personable. Since the charming Albert is also considered approachable, down-to-earth, friendly and cordial, it should be laughable if he doesn’t find the right one soon. That could definitely land with the billionaire racing driver by asking the single about his love for racing. Because that is his declared favorite topic.