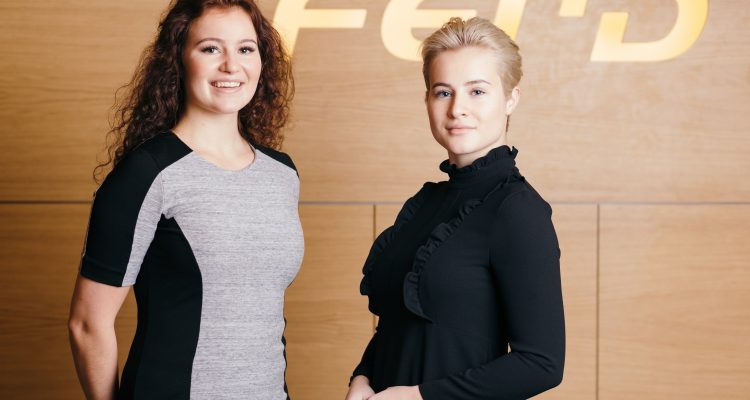 Alexandra and Katharina Andresen have achieved something that the vast majority of people will not achieve in their entire life. Although Alexandra is only 19 and Katharina only 20 years old, they each have one Assets of 1.17 billion euros. Alexandra is even a step ahead of her sister and is considered the youngest billionaire in the world. There is no other billionaire and no other billionaire younger than Alexandra Andresen. But how did the sister duo actually earn this impressive fortune? Or are the ladies just rich heiresses?

Indeed, the young women owe their wealth to their father. Because her father, Johan F. Andresen, signed over 80 percent of all his shares in the Ferd Holdings, Norway’s largest company, in 2007 his daughters. The family fortune goes back mainly to the tobacco industry, as the great, great, great grandfather of Alexandra and Katharina once founded the largest cigarette company in Norway. This was then sold for 447 million euros and these assets were again invested in real estate and hedge funds, so that they continued to grow.

What are the young Norwegians doing with this fortune?

The younger of the two sisters lives in Germany, where she takes part in professional horse shows. Alexandra is in a relationship with 24-year-old Joachim Tollefsen, who is a professional MMA fighter. Her sister Katharina, on the other hand, knows better how to spend her money with full hands. She studies at Amsterdam University College and has a penchant for expensive shoes and designer handbags from brands like Valentino and Jimmy Choo. The beautiful Norwegian will definitely bring the necessary change with her. She is with the model Mad Madsen and likes to post photos of her extraordinary lifestyle on Instagram. Katharina likes to hang around on a mega yacht, which can be chartered from 48,000 euros per week. Photos of her luxurious vacations in London, New York and other metropolises around the world can also be seen on Instagram.

In any case, Alexandra seems to be the more down-to-earth of the two sisters. Because, as she recently announced publicly, she is not satisfied with the great wealth alone and she wants to do something good with her money and work for charitable purposes. In the future, she will probably also actively influence what is happening at Ferd Holdings. Together the sisters are among the 1,475 richest people in the world. In Norway, by the way, it is a tradition that rich families pass on their wealth to their offspring at an earlier stage in order to encourage their children to actively participate in the family business and not only live off the prosperity of their ancestors without anything themselves to do for it. Thus, the young women did not have to wait until their father died, but can enjoy billionaire status at such an early age. Even though Alexandra had to pay the equivalent of 25,000 euros fine for drunk driving in the fall of 2017 and made some headlines.