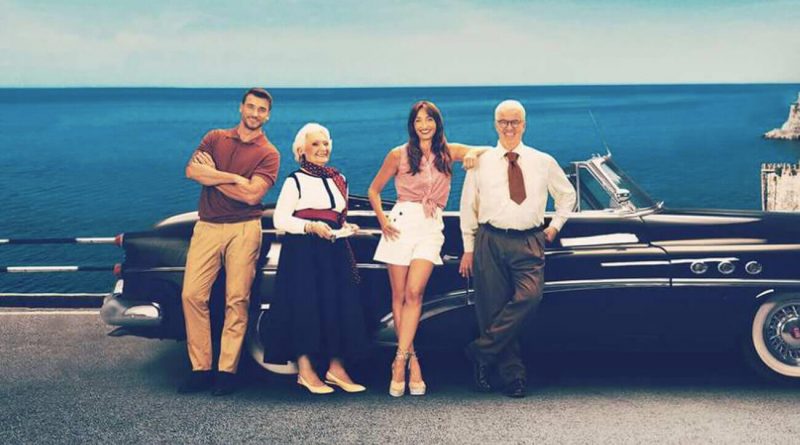 Bake Off Italy 2021 and the talent show dedicated to pastry and to the art of making sweets, he returns on Real Time free-to-air in prime time starting from 3 September 2021, premiered on Discovery Plus for subscribers from 27 August. Bake Off Italia, the flagship program of Discovery and Real Time’s autumn schedule, consists of 14 episodes and is also hosted this year by Benedetta Parodi.

Bake Off Italia 2021: the News of the edition

The news of the 2021 edition of Bake Off Italia are: the great return of outdoor rehearsals (much loved by the public) and the consolidation of the three-judge system composed also this year by Damiano Carrara (accompanied by his girlfriend Chiara), Clelia D’Onofrio and Ernst Knam. There will not be in this edition Csaba Dalla Zorza which has actually participated in only one edition, that of 2020.

Bake off Italia 2021 consists of 14 episodes broadcast for about 90 minutes the Friday night on Real Time. The final with the last episode of program is scheduled for December 4, 2021. Bake Off Italia 2021 was recorded from May to July 2021, and the Christmas episode was shot during the summer! The location of Bake off again this year is Villa Borromeo D’Adda in Arcore.

THE Bake off Italia 2021 competitors I am:

Let’s see in detail all the cards of all the Bake Off competitors: 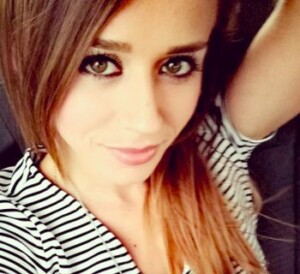 Daniela Ribezzo of Bake Off Italy she is 29 years old and was born in Foggia. The public remembers her as the Dancer of Amici 15, a program in which she participated with great success. Her second passion has always been cooking and in particular pastry, which is why Daniela decides to test herself in this program. She defines herself as competitive but extremely good in life. 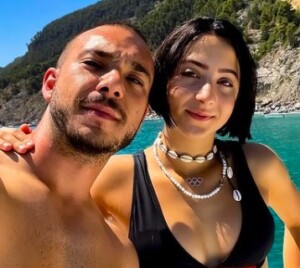 Edoardo Baldini he is 28 years old and comes from Sesto Fiorentino in the province of Florence. His goal is to become a doctor in fact he is currently studying medicine. However, this is not his only passion: his dream in fact in the drawer is to open a pastry chain in New York. He would like pastry to become a job and to be more precise when preparing desserts he sometimes uses the tools of the doctor’s trade. 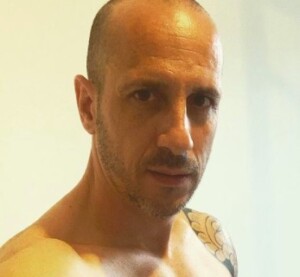 Enrico Sistino is 38 years old and originally from Paderno Dugnano in the province of Milan. He is engaged and works as a metalworker but his desire is to change his life and give himself to his passion as a pastry chef. He spends all his free time behind the stove! 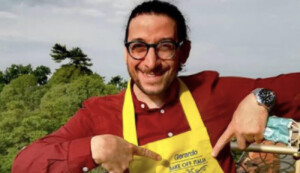 Gerardo Abandoned he is 35 years old and comes from Pignola in the province of Potenza. However, he works in the city of Milan as a biologist, but his secret dream is to give himself to pastry. This activity of pastry chef that he carries out in his spare time is in fact the closest bond he has left with his mother, who passed away when he was still a child. Gerardo has many passions: he plays the trumpet, dances tip tap and has been part of some folk groups. 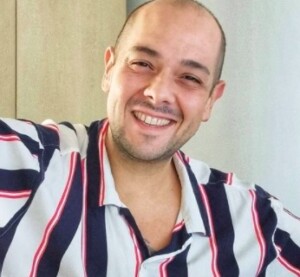 Giacomo Luizzi in art Peperita is from Milan and is 38 years old, he was already supposed to participate in the 2020 edition of the program but he had to leave prematurely due to an accident under the awning. Born in Puglia, Giacomo works as a clerk during the day but at night he is a Drag Queen who performs in some Milanese clubs. Her dream is to become the first Drag Queen Pastry Chef in Italy!

Giuseppe Lombardo he is 69 years old and was born in Reggio Emilia, he is the biggest competitor of the edition and has worked all his life in an emergency room as a radiologist. He wants to show that despite being retired he can be a good pastry chef, in his spare time he also loves writing poems in verse. 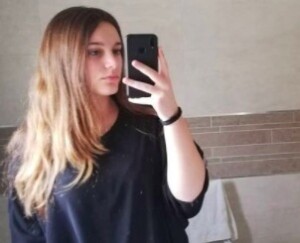 Gloria Battiston he is 18 years old and comes from San Michele Tagliamento in the province of Venice. In life Gloria is a student but when she grows up she wants to be a pastry chef. For this reason she participates in Bake Off Italia where she wants to prove to herself and her family that this can really be her way! Gloria is also a sportswoman who practices competitive swimming and defines herself as competitive.

Gloria Perozzi was born in Rome and is 41 years old, her job is that of Client advisor but she is also a mother of two girls. During her pregnancy, Gloria dedicated herself to pastry making and discovered her passion in particular for decorations: she loves sugar paste. His secret dream is to open a pastry shop in Rome with Ernest Knam!

Lola is 49 years old and was born in Siberia but she grew up in Ukraine. Lola is a dancer who has dedicated herself to dance all her life and after traveling the world for work she fell in love with Italiae has decided to come and live in Rome. Lola participates in Bake Off Italia to show everyone her talent in what, for the moment, is just a hobby: in fact, Lola is divided between the work of a fitness trainer and her commitments as a mother. 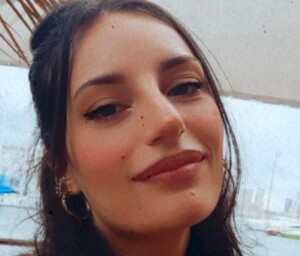 Lora Kayyal is 27 years old and lives in Genoa, although it is originally from Palestine. He has lived in Italy for eight years due to his studies in Physiotherapy. Her passion for pastry was born in her from an early age but due to lack of financial resources she has never been able to open her own business: Lora participates in Bake Off Italia precisely to try to give life to this secret dream of hers.

Marco Palma he is 26 years old and comes from Genoa. He studied at the University of Sports Sciences and in his past he was a competitive rower. During an injury that forced him home and cut off his career, Marco discovers the pastry shop. He then participates in Bake Off Italia to fulfill his dream of becoming a pastry chef. 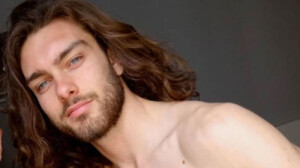 Matteo of Bake Off Italia is 23 years old and comes from Brescia. Study Engineering and work as a model. His favorite subject is mathematics which Matteo also applies to pastry. He loves competition and is very attached to his mother.

Naney she is originally from Argentina, she is 52 years old and currently lives in Gradisca D’Isonzo in the province of Gorizia. Great lover of sweets and social media, which she often uses to show her creations. He also loves to dance and is a person who likes to change his look often. His recipes are shared in both Italian and Spanish.

No.atascia she is 22 years old and originally from Savignano sul Rubicone in the province of Forlì-Cesena. Natascia takes part in Bake off because since she was little she loved Benedetta Parodi’s cooking and books. His dream has always been to participate in this program. She is a girl who defines herself as bucolic for her strong connection with the countryside. 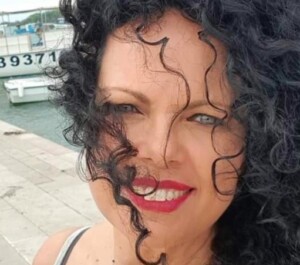 Pancrazia Cavallone she is 48 years old and originally from Erchie in the province of Brindisi. In life she works as a farm laborer and has always been in the middle of the fields. She seeks revenge at Bake Off: in fact her pastry-making activity has always been overshadowed by others and now she wants it to find an outlet and become a real business.

Patrizia Valerio she is originally from Naples and is 67 years old. She is the second biggest competitor after Giuseppe and she is a housewife. It’s a real one passionate about leavened products and calls them magic. At home he has created a sort of artisan workshop to be able to cook and propose his creations. He loves traditional Campania pastry, to which he also likes to bring some innovations. 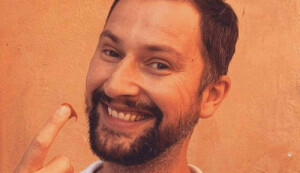 Pedro Menville he is originally from Argentina, he is married to her husband whom he met right here in Italy and for whom he decided to stay in the beautiful country. He has a farm and defines himself as very competitive. 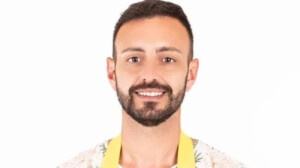 Roberto Portanova he is originally from Palermo and more precisely from Ventimiglia di Sicilia. He is 38 years old and embarked on a military career in Rome. Passionate about horseback riding, he loves pastry where he finds the same rigor and order necessary in his military career. He has recently returned to live in Sicily and would like to transform his passion into something more.

Rosanna Olindo she is 58 years old and originally from Syracuse. In her life she was a principal and is currently retired. He lived in Scotland for many years to teach Italian and in fact his pastry is influenced by both Sicilian and Scottish influences. Rosanna leaves the competition for family reasons after the first episode, so the three candidates for elimination are saved. Rosanna is therefore no longer a competitor of the program after the first episode. 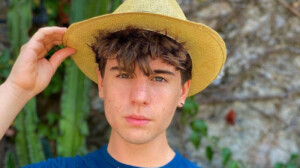 Simone Mieli he is 18 years old and was born in Bollate in the province of Milan. His dream has always been to participate in Bake Off, a program he has been following for several years. His recipe teacher is his grandmother with whom he loves to cook. He attends the hotel school and loves both classic and modern patisserie.

Home » Chef & Kitchen » Bake Off Italia 2021: Who are the Competitors, News, Cast and Judges