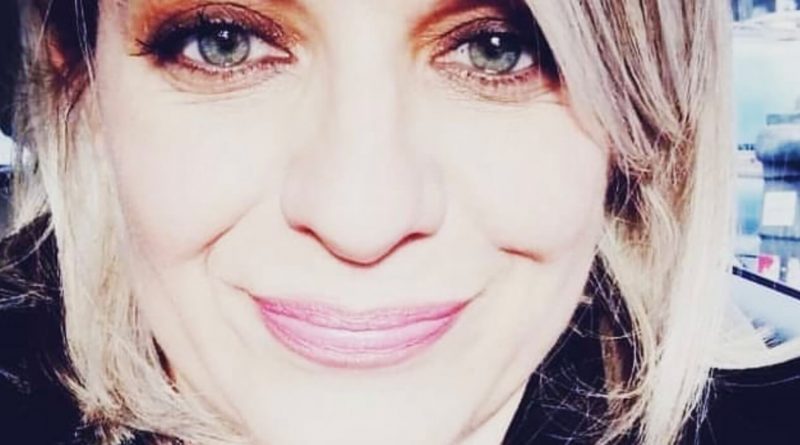 Barbara Cola is an Italian singer, also known to the general public as the “Singer of Sanremo” after the masterful interpretation which took place on the occasion of the Kermesse with one of the sacred monsters of Italian music or Gianni Morandi. It was a competitor of Tale and Which Show 2020 and returns for the tournament of champions in Tale and Which Show 2021.

Who is Barbara Cola?

Barbara Cola was born on February 8, 1970 (on Sunday precisely) a Bologna, under the astrological sign of Aquarius. At an early age Barbara has considerable difficulty relating to other children her age because of her own shyness. The little girl manages to overcome her difficulties and her uncertainties thanks to singing, Barbara in fact when she sings he manages to forget his insecurities and manages to enchant everyone with his voice.

As a teenager (a sixteen years) in addition to studying singing, he also began studying his favorite musical instrument or the piano. In this period the young woman in addition to dedicating herself to singing also begins to compose her first songs. As soon as he came of age he decided to pursue acting studies, another strong passion of his, by enrolling in the famous one “Colli” theater school in Bologna. Immediately after completing the training course, he decides to immerse himself in the working world.

Barbara Cola is a famous Italian singer, her first musical experiences see her as the protagonist of a quartet that mainly deals with jazz and blues songs. In 1992 he participated in “Primofestival” held in Castrocaro in 1992 with the song “All the good of the world“. The young woman immediately proves to be smart by winning the final (broadcast exclusively on Rai 1), and it is precisely on this occasion that her passion and talent are noticed by Mauro Malavasi, the one who projects it into the world of music.

Barbara in fact becomes the vocalist of Gloria Gaynor And Jean Rich, this employment allows her to gain experience and make a name for herself in the musical context. The turning point of his career, however, came in 1992, the year in which he collaborates with Gianni Morandi. The young singer becomes the vocalist of the famous singer who accompanies him around Italy during his tour.

In 1994 Barbara released her very first album which bears his name, it contains the song “In love”Sung by her and by Gianni Morandi. The following year the duet Barbara Cola and Gianni Morandi on the occasion of the Sanremo Festival during the evening of the duets. A few years later he had the great opportunity to sing in front of the Pope John Paul II together with Gianni Morandi on the notes of the famous song “Image“. In 2005, however, he began his experience, together with the state police band, around Italy where he sang various songs by Ennio Morricone. In 2017 he released his hit song “In mid-air“And in 2019 she is the protagonist, together with Orietta Berta, of the successful program “Now or never”. Here, on the occasion of the last episode, he decides to announce with great surprise the release of his latest song “A quantum love” written together with Giordano Tittarelli And Roberto Faccanthe. In September a new adventure will begin for her, Barbara Cola is in fact officially one of the competitors of the tenth edition of Tale and Which Show, the famous Rai talent show hosted also this year by Carlo Conti.

Barbara Cola is one of the official competitors of Such and what Show 2020. The program starts on September 18, 2020 on Rai Uno is the cast, in addition to Barbara Cola it is composed of: Carmen Russo, Luca Ward, Sergio Muniz, Francesca Manzini, Francesco Paolantoni, Pago, Virginio Simonelli, Carolina Rey and Giulia Sol.

Barbara Cola is one of 13 contestants of Tale and Which Show, the tournament, aired on November 19. He will be an exceptional judge Antonella Clerici and the other 12 competitors:

Unfortunately of his private life there is not much information, Barbara Cola she appears to be neither married nor engaged and does not appear to have children. Virtually nothing is known not even about her previous love stories, the singer is really very reserved on the subject “loveIt is no coincidence that even during the interviews he never said anything about it.