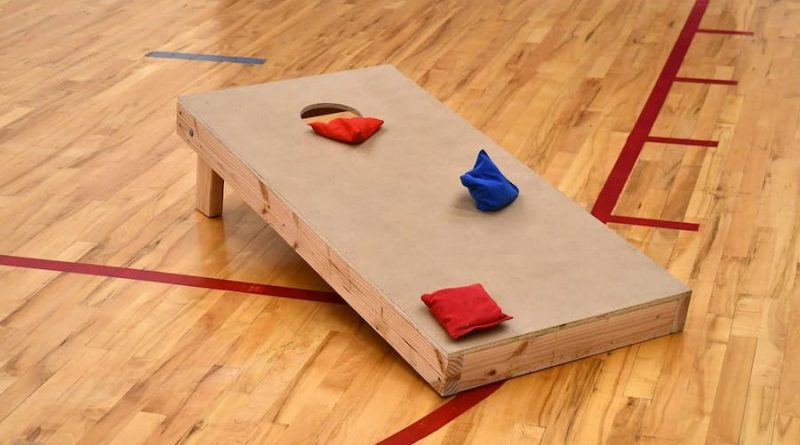 Outdoor games are a fantastic way to pass the time with friends. Whether you’re hosting a party or looking for an activity on a Sunday afternoon, outdoor games provide entertainment, exercise, and a fun way to socialize. If you’re looking for new games to try out, start with the ideas below.

Disc golf combines the best of Frisbee and golf. The aim of the game is to throw a Frisbee as close as possible to a target (usually a basket). The person who throws their Frisbee into the baskets with the least number of tries wins. To play an official game, you’ll need to go to a designated course —which consists of 9 or 18 holes— but you can also set this up in a park or green space. Disc golf is also a professional sport and is excellent for those with a competitive streak.

While generally associated with seniors, lawn bowling is a fun outdoor game that can be played in your backyard or on a green where the grass is closely trimmed. Like regular bowling, the game is played with heavy balls, although in this case, players don’t knock over a set of pins. Instead, the object of this game is to ‘bowl’ the ball as close as possible to the previously bowled small ball (known as the jack).

Cornhole is an outdoor game that consists of two custom cornhole boards and eight bags filled with corn, beads, or beans. Played with two or four players, each cornhole board is placed 27 feet apart from the other. The goal of the game is simple: each player tries to throw their bean bag into the hole at the end of the board. Cornhole can be played anywhere, and it has become so popular that it’s turned into a professional sport.

For those who prefer a faster game, paddleball is a great option. With two to four players, paddleball involves a hollow rubber ball and paddle rackets made of wood or graphite. While this game is often played on an indoor court, there are multiple versions of outdoor paddleball, too. Beach paddleball, for instance, is usually played on a stretch of beach close to the waterline. The purpose of this game is to pass the ball without letting it touch the ground.

Another outdoor game involving small balls is croquet. While slower and less intense than the likes of paddleball, croquet uses heavy wooden mallets to hit small balls through hoops (known as wickets) on a grass playing court. The objective of this game is to hit your ball through a course of six wickets in the correct sequence. Played with two to six people, the side that finishes the course first wins the game.

Ring toss is a versatile game that can be played with any kind of object. All you need is a set of small rings and peg-like targets, which could be bottles or wooden stakes. The aim of this game is to toss each ring around the peg. Reminiscent of the horseshoe game, the person who gets the most rings around the peg wins.