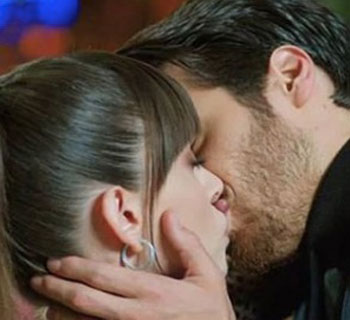 Bitter Sweet: How many bets are there

The soap originally matters 26 episodes from 120 minutes each. The episodes by Bitter Sweet however they will be reduced to 40 minutes (from 2.45pm to 3.30pm plus advertising) in order to cover all the summer programming and thus becoming 78 episodes for Channel 5. Will replace Men and women and from here we understand that Mediaset strongly believes in the product since that is historically a very important band for Canale 5 and its advertising investors.

ATTENTION: From 5 August Bitter Sweet will air with DOUBLE episodes every day from 2.40 to 4.30 pm. We do not know why this change of programming by Canale 5 is probably linked to the start date of Men and Women.

The actors that make up the Cast of Bitter Sweet are real stars in Turkey and in the world and boast millions of followers on social networks. Here are the performers of the three protagonists Ferit, Nazli and Deniz:

Can Yaman is a 30-year-old Turkish actor, handsome as the sun and famous enough to have 4 million followers on his Instagram profile. In the Soap he plays a beautiful but difficult character, with a heart of ice who will undergo an evolution during the episodes thanks to the girl he falls in love with, Nazli. Can Yaman is known for other successful series such as: DayDreamer The wings of the dream where he acts together with the beautiful Demet Ozdemir and Mr Wrong Lessons Of Love.

Ozge Gurel is a Turkish actress much loved also in Italy, especially after playing the lead role in the soap “Cherry Season – The season of the heart“. In the soap in question, Ozge Gurel plays the role of Nazli: a beautiful aspiring chef who will have to work for a serious and intriguing entrepreneur, Ferit, played by Can Yaman.

Deniz is a childhood friend of Ferit, played by Hakan Kurtas. He will be the one to undermine the heart of the beautiful Nazli and to be a serious competitor for the love of the protagonist. He too is a really interesting character, we will certainly see some good ones!

Bitter Sweet’s storyline centers on Nazli: young student aspiring cook. The latter, to realize the dream of opening her own restaurant, agrees to work as a cook at the home of a charming young entrepreneur with a very evocative name: Ferit, played by Can Yaman. Hence a relationship that will spark and that promises to keep us company throughout the summer. The protagonist is Ozge Gurel who plays Nazli. She went from the series Cherry Season where he tried to break into the world of fashion at the Bitter Sweet series where instead he tries to be successful in the world of cooking. His romantic and dreamlike attitude but also his disorder and his sympathy are the masters for the entire duration of the TV series.

The male protagonist, on the other hand, is Can Yaman who plays the role of Ferit: a lonely man dedicated to work but nevertheless terribly fascinating. What do you want from life? That everything is ready when he gets home and he doesn’t want to see his cook or whoever cooks for him. But of course, history does not only have these ingredients: another handsome and interesting man will enter Nazli’s heart by going to mess up the cards on the table. We are talking about Deniz portrayed by Hakan Kurtas. Deniz is the brother of Ferit’s partner and due to a series of marriage entanglements he can be considered to all intents and purposes part of Ferit’s family.

As you can see, the ingredients for a classic and stylish triangle are all there. The latest ingredient of the TV series for a guaranteed success? Little Bulut, a very sweet child who will manage to break through even Ferit’s hard heart and help him conquer the beautiful Nazli. The background of this romantic and captivating story is the beautiful Istanbul with its shots, its atmosphere and the attractions of the city that you can enjoy comfortably from the sofa.

See also: the video of the first kiss between Ferit and Nazli

See also: the video of the wedding between Nazli and Ferit

The complete series with the episodes of Bitter Sweet (Doulonay the original title) even those NOT yet aired you can also find them in their original language and subtitled in Italian on YOUTUBE. In fact, the rights for the original version are not held by Mediaset and therefore it is possible to see the complete series with subtitles completely free and legally. Bitter Sweet Complete Series on Youtube.

All the bets you missed out on Bitter Sweet – Ingredients of Love you can find them on Mediaset Play in streaming. Here are all the links to see them but remember that you have to register otherwise the vision could stop after a certain amount of time. Registration is simple and all you need is an email address. If you are connected from your mobile phone, this link opens the Mediaset Play app directly if you have it installed. If you have not installed it, we advise you to do so as the vision is better.

A few years ago, during the summer, Mediaset began to launch some soap operas of foreign origin on channel 5. Starting with the famous “The secret“ and continuing with “A life“(all are still available on Mediaset Play streaming) – both started in the summer as an experiment but then moved on thanks to the success achieved – Canale 5 is conquering the Italian summer and, above all, that of the fans of the holding in question. This year Mediaset has a Turkish soap opera in store for the viewers of the small screen: “Bitter Sweet – Ingredients of love“.

The advances of the soap Bitter Sweet Ingredients of Love with summaries of all the episodes aired on Canale 5 and divided by day, you can find them in our dedicated article. Below is the summary of the last week:

Bittersweet Advances from 5 to 9 August

Other Turkish Series To See