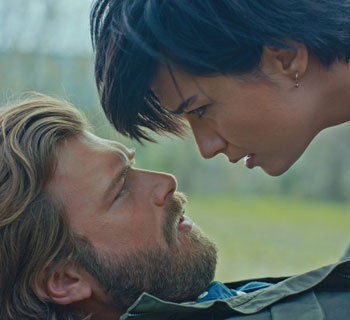 Brave and Beautiful or Cesur ve guzel (brave and handsome) is one Turkish TV series of thriller genre went to Turkey on Star TV in 2016/2017. In Italy it airs on Canale from 5 July every day at 2.45 pm. The story revolves around Cesur who returns to his father’s native village, with a precise plan to avenge his death. The only thing she hasn’t planned is love for Shuan, the beautiful daughter of the man she holds responsible for her father’s murder.

Read also: Brave and beautiful, the analysis of a success

Cesur Alemdaroglu goes to his father’s hometown, Korludag which is located near Istanbul. Cesur has a very specific purpose and a detailed plan in mind: take revenge on Tahsin Korludag, whom he believes is his father’s killer and the one who has taken possession of his inheritance. Thasin Korludag is a very powerful and rich man (he founded the country giving it his name) so much so that nothing moves without his permission, everything is in his hands, people and things. Cesur has foreseen everything except that he will fall in love with Shuan, daughter of Thasin, beautiful, independent and successful entrepreneur, but very close to her father and brother Korhan, a good and affectionate man. Their first meeting is the spectacular scene with which the series begins. Cesur dangerously saves Shuan who is dragged by a runaway horse. Immediately struck by her beauty, he is annoyed when he discovers that she is Korludag’s daughter and refuses any thanks.

The author of the accident is Cahide, wife of korhan, who could not have children moved by greed she wants to kill Shuan that if he had a son, he would become the main heir. Cesur’s plan to find evidence of Tahsin Korludag’s guilt and regain possession of the inheritance lead him to approach the family and discover all the intrigues and misdeeds that brought Tahsin to power. Even if Shuan does not trust Cesur she falls in love with him in return, but their relationship is difficult because Suhan is torn apart by the affection towards her father, whose true face she is discovering, and the love for Cesur who wants to destroy him. Cesur manages to become a highly respected person in the village and to enter into partnership with Korludag himself. But soon his true identity is discovered and a no holds barred war breaks out between Cesur and Thasin, in which Shuan finds himself in the middle.

In this game he fits the figure of Riza Chirpiji Assassin brother of Adalet, second wife of Thasin, released after 30 years in prison and intent on taking revenge on his sister and brother-in-law. In fact, the author of this crime is Adalet who managed to hide her responsibility with the help of Thasin. Riza is obsessed with Shuan’s beauty, which he wants for himself, so both Shuan and Cesur enter his perverse game. After several twists and a ruthless game of cat and mouse in which Cesur, Shuan and Thasin find themselves at the center, many truths float to the surface. After Riza’s arrest for the murder of her sister and Korhan, Cesur marries Shuan who is expecting their baby. Their happiness, however, is short-lived due to Riza’s escape from prison intending to have Shuan. Indeed Riza kidnaps Shuan and tries to get her to run away with him. At this point Cesur and Thasin, moved by love for Shuan, team up to free her and put their common enemy out of action. During the liberation Riza seriously injures Shuan who falls into a coma due to the severity of his injuries.

From here starts a manhunt also by the police which will end with the capture of Riza by Cesur and Thasin with the latter killing him but sacrificing himself. At the same time Shuan manages to deliver her baby and come out of a coma. The final scenes see Cesur, Shuan and their baby happy at last, leaving on their boat.

Cast and characters Brave and Beautiful

The The show was shot in Polonezkoy, a small village 40 minutes from Istanbul, in fact the countless exteriors show a splendid nature with landscapes of unique beauty.

You could find the stakes of Cesur Ve Guzel directly on youtube with Italian subtitles thanks to the work that the fans are doing to translate the series. Here’s where see it in streaming. However, since the series was purchased by Mediaset, the episodes from the well-known Streaming and Video site have been removed. It is therefore possible to see them on Mediaset Play in real time or every day on Canale 5 at 2.45pm

Other Turkish Series to see: