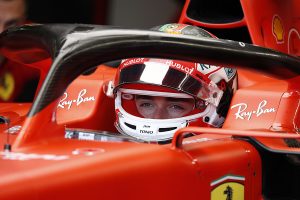 How rich is Charles Leclerc?

Charles Leclerc is one of the aspiring drivers in Formula 1. After his first season in the premier class of racing, Ferrari signed the fast-paced Monegasque. This repaid the trust with some successes. With his salary at Ferrari, he takes a very good place in the list of Formula 1 salaries. The cherished Charles Leclerc’s net worth is 10 million euros.

How Charles Leclerc makes his living

When Charles Leclerc joined Formula 1 in 2018, he signed a contract with the Sauber racing team that brought him a relatively manageable 100,000 euros per season. When he switched to Ferrari before the 2019 season, his salary increased noticeably: Leclerc initially received around three million euros per year from the Italians. Because Monegasse already demonstrated its enormous potential in its debut season, Ferrari presented him with a new employment contract at the end of 2019. This will run for five years until the end of the 2024 season. According to reports, it will be the first time Ferrari has given a driver such a long contract. It also goes hand in hand with a raise in salary. The annual Leclerc’s salary at Ferrari is € 9 million. This makes Charles Leclerc one of the top earners in Formula 1.

In addition to his salary as a racing driver, Leclerc also receives money from sponsors. He has received financial support from the Swiss watch manufacturer Richard Mille since his youth. He also signed one in May 2020 Sponsorship agreement with the fashion label Giorgio Armani. In this context, he appears as a brand ambassador and can be seen in advertising campaigns.

From karting to Formula 1

Charles Leclerc was born with a passion for racing. His father Hervé took part in several Formula 3 races in the 1980s, but achieved no notable successes. Charles started his career as a kart driver in 2005 and was extremely successful from the start. Until 2008 he won three regional championships in France and in 2009 he won the French kart championship in the Cadet class. He finished the 2013 Kart World Championship as runner-up behind Max Verstappen.

In the 2014 season, Charles Leclerc started in Formula Renault and immediately finished second in the overall standings. A year later he took part in the European Formula 3 championship and ended up in fourth place. In 2016, Leclerc won the GP3 series, whereupon Ferrari became aware of the young racing driver. The Italians included him in their funding program and from then on let him do test drives. Leclerc also proved his great talent in the 2017 season when he won the Formula 2 championship.

Successful early on in Formula 1

For the 2018 season, the Formula 1 racing team Sauber signed Charles Leclerc. Sauber maintains a partnership with the Fiat group and uses engines from Ferrari, among other things. In his debut season, Leclerc finished in the points in ten of 21 races. After only one year at Sauber, he switched to Ferrari at the beginning of 2019.

There he finished second in his second race, the 2019 Bahrain Grand Prix, and thus stood on the podium for the first time in Formula 1. Monegasse celebrated its first victory at the Belgian Grand Prix in September 2019. At the age of 21, he was the youngest Ferrari driver to ever win a Formula 1 race. His second win followed immediately at the Italian Grand Prix, Ferrari’s home race. Leclerc finished fourth in the 2019 season. He left his racing team colleague, the four-time world champion Sebastian Vettel, behind in the team-internal duel. Charles Leclerc is sure to have many more successes in Formula 1.