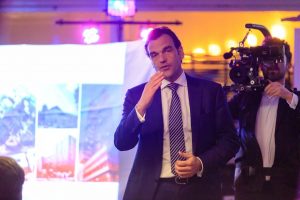 How rich is Christoph Gröner?

Christoph Gröner has been self-employed since 1989. At the beginning for construction services and later he ran his own construction company with around 700 employees – the CG Gruppe AG. The company bears the initials of the founder. Until 2020 he was CEO of CG Gruppe AG and then moved to the supervisory board. Gröner has shares in the company that are worth up to 300 million euros. The cherished Christoph Gröner’s assets amount to 80 million euros.

Gröner became a building contractor for the super-rich

Christoph Gröner has become known as a building contractor for the super-rich in Germany. The CG Gruppe AG has grown into one of the largest real estate companies in the country. The company had even built entire districts in Frankfurt and in a few other cities several thousands of rental apartments were created. An auditor has estimated the company’s value at one billion euros.

By the time Christoph Gröner was able to build up the company to such an extent, however, he had completed a degree in mechanical engineering and, from 1995, had maintained or owned a large number of listed old buildings. From 2005, however, the company was mainly involved in project development for new buildings. In particular, it was about the Rental housing for large investors. The CG Gruppe AG has around 900 employees. Its seat is in Berlin. The company is now 75 percent owned by Consus Real Estate.

The real estate company seems to have become known primarily due to its unique architecture, because instead of relying on rough concrete structures, the company also creates completely different concepts. The SLT 107 Schwabenlandtower in Fellbach, for example, was rebuilt in such a way that it makes an “important contribution to climate protection”. The CG Gruppe converted the existing luxury apartments in the tower into rental apartments.

The Schwabenlandtower is supposed to set new standards in terms of energy saving in high-rise buildingsthat were previously considered to be rather inefficient. The company should attach great importance to using the latest technology. In addition, new types of wind turbines on the roof will ensure that electricity is continuously generated. The wind turbine should, however, be barely noticeable from below.

The multi-millionaire has almost achieved everything in terms of business and now there are rumors that Christoph Gröner wants to go into politics. Above all, he sees grievances in the education sector. He does not want a tax increase for the rich, however, because the money is “used incorrectly anyway” and not in favor of education. Much more he donates to aid organizations himself.

He is also convinced that building in Germany has to become easier. In the past he had already had a dispute with the district administration in Berlin because a building permit was not granted. As a consequence, he had a poster hung up denouncing the fact that the administration is preventing over 623 apartments.

the CG Gruppe sponsors the soccer club RB Leipzig. The company is also a sponsor of the Karlsruhe second division club Karlsruher SC. The media report that the CG Group would like to act as the main sponsor of the KSC by 2021 at the latest.

Unlike other entrepreneurs or very rich people, Christoph Gröner makes himself visible. He gives Interviews for YouTube channels with a focus on real estate, lectures at events and participates in TV talk shows. The topic of discussion here is usually about political issues. In the past he was already at Phönix and at “hartaberfair”, here he also afforded a dispute with a chairman of the Jusos (SPD).

At the end of 2018, Gröner had to answer before the Leipzig District Court, he was Accused of tax evasion in several cases as well as the delay in bankruptcy. The process was then temporarily suspended in 2019. Christoph Gröner was obliged to pay a six-figure amount to the court for the final termination of the proceedings.