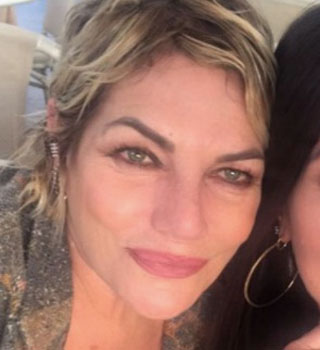 Cristina Donadio is a film and theater actress known primarily to the general public for her role as “Scianel” in the TV series Gomorrah. She was a competitor of Amici Celebrities in the autumn of 2019 in Giorgana Angi’s white team.

Who is Cristina Donadio?

Cristina Donadio has Neapolitan origins and still lives in her city of the heart to which she is very attached. The Neapolitan spirit also accompanies her in the relationship with family members: a united group, which loves being together and supporting each other in mutual objectives. Cristina had one pregnancy at a very young age: at just 16 while still attending high school she became a mother and nursed her baby in the classroom during lessons. Despite the anomalous situation, the child grew up healthy and surrounded by love thanks to the support of the Donadio family.

The acting career was born almost by chance: she went to see a play with the actor and director Joseph Gleijeses and something inside her changes: she understands that this is her path and that she wants to become a professional actress.

Cristina Donadio also had to face one bad disease: he discovers in fact during the filming of Gomorrah that he has a breast cancer. This very painful experience, fortunately ended positively, was recounted by Cristina Donadio herself in a short film called “The Choice” which premiered at the Venice Film Festival in 2019. Cristina in a single sequence shot tells fears and important moments of the disease without losing sight of the future and the important things, made up of little things.

In February 2020 she had to undergo surgery on her hand.

Cristiana Donadio is a film, theater and television actress. The knowledge to the general public is given by his role in Gomorrah: the TV series based on the book by Roberto Savianor see her play the role of a female drug kingpin named Scianel alongside actors such as Salvatore Esposito who plays Genny Savastano, Matilde Gioli, and rapper Livio Cori. The character who plays Cristiana is strong, determined and after participating in this series her career has exploded because the character of Scianel has entered so much national popular culture that even some songs refer to this character.

The list, from the most recent to the oldest, of some films and TV series in which he participated:

Cristiana Donadio, as we have seen, had a child at a very young age, only 16 years old. At 18, as soon as she comes of age, she marries her son’s father. The marriage, however, ends after two years: the actress said that she was not happy and that relationship had become suffocating for her.

One of the great loves of Cristina it was Stefano Tosi her second husband died prematurely at the age of 29: as the woman tells in an interview, theirs was a love born and raised in Naples, in fact they met in company with Nino Taranto. Love and friendship: these were the ingredients of a relationship that led them to Rome. As stated by an actress in an interview: “We took home in Rome and founded the production center Il Sole e La Luna. I invented a puppet theater with large puppets that also had the voice of Francesco Paolantoni, Gigio Morra and Toni Servillo ”.

Unfortunately Stefano lost his life in a car accident on his way back from Rome, after having been in the entertainment ministry. Cristina in 2011, 25 years after the untimely death of her partner, wanted to remember him with a theatrical show entitled“From this time and from this place… .25 roses later”.

Scianel he is an uncomfortable, very strong character that Cristina Donadio immediately felt as hers. Scianel is the clan leader of a mafia clan and deals with drug trafficking. Its ability, and hence its name Scianel, is to be able to distinguish perfumes very quickly. The popularity that this character has brought to her was truly unexpected: she said Cristina who often found herself being there.literally chased by fans, a condition that he certainly did not expect to live after the age of fifty!

Cristina Donadio was a contestant of Amici Celebrities which aired in September 2019. Here she competed in the white team under the guidance of Giordana Angi together with other exponents of the entertainment world such as Chiara Giordano, Martin Castrogiovanni, Ciro Ferrara, Pamela Camassa, Filippo Bisciglia, Emanuele Filiberto di Savoia, Raniero Monaco di Lapio, Francesca Manzini and Joe Bastianich. C.ristina Donadio is presented in the category of singing: in fact, his performance where he sings was much appreciated “Sweet Dreams” really showing vocal intensity and technical ability unsuspected!