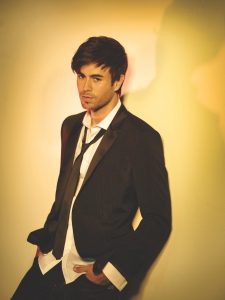 How rich is Enrique Iglesias?

The father is called Julio Iglesias and is the most famous singer in Spain, the mother is a Filipino beauty queen – so Enrique Iglesias was born with the best prerequisites for a steep career. With Bailamos he landed a summer hit that was awarded 7 times platinum. Enrique has also sniffed Hollywood air and made his acting debut alongside Antonio Banderas and Salma Hayek in Somewhere in Mexico. The cherished Enrique Iglesias’ net worth is € 80 million.

Not a carefree childhood

Enrique Iglesias was born on May 8, 1975 in Madrid. After his grandfather was kidnapped by the radical underground organization ETA, he moved to Miami to live with his divorced father Julio. Mainly he was there raised by his nanny Elvira, to whom he also dedicated his first album.

After leaving school, he began studying economics. At the same time, he was already working on his music career and sending demos to record companies under the pseudonym Enrique Martinez. When he was his Signed the first contract, he dropped out of college, revealed his identity and recorded his debut album. This laid the foundation for his current fortune.

The first album Enrique Iglesias appeared in Spanish, Italian and Portuguese. It sold half a million copies and earned it the first Grammy for Best Latin Pop Album. The two follow-up albums were also extremely successful in Spain and the USA and achieved gold and platinum status. In 1997 he undertook his first world tour, which took him to a total of 13 countries. In 1999 he started with English songs, sein album Enrique achieved gold or platinum status in 32 countries.

The soundtrack to the film Wild Wild West, Bailamos, became a global summer hit. In 2000 he sang at the NFL Superbowl and performed with Christina Aguilera, Toni Braxton and Phil Collins. The presenter Howard Stern then claimed that Enrique Iglesias could not sing live. When he sang the song live on Stern’s show, however, he had to withdraw the accusation.

In 2002 another Spanish album was released, Quizas, that of the tells of conflicted relationship between Enrique and his father Julio. Allegedly he had not yet attended a single concert by his son. The eighth album was released in 2007 Insomniac, Iglesias was the first Western artist to perform in Syria for a concert in over 30 years.

He was able to land a real world hit again in 2014 when he wrote the song together with Gente de Zona and Descemer Bueno Bailando brought out. The song received more than 2.7 billion views on YouTube. Released in 2016 Brass around by Pitbull in cooperation with Enrique Iglesias. The rapper also supported the Latin singer on his worldwide Sex and Love-Trip.

Enrique Iglesias has been privately with the Russian former tennis player since 2001 Anna Kournikova happy. He tries to keep his private life out of the public eye to protect his family’s privacy. In 2017 it became known that the two parents had twins (Lucy and Nicholas). The third child, daughter Mary, followed at the end of January 2020.

Why build a huge fortune if you don’t enjoy it? Iglesias knows how to use his money and treats himself and his family to some luxury. Enrique Iglesias is a fan of fast, expensive cars and collects luxury bodies. With his fortune, this expensive hobby can be easily realized. Iglesias owns a Porsche, a Ferrari and a Lamborghini, among others. In 2016 he auctioned some of the luxury cars and donated the proceeds to Unicef ​​for children in Africa. He also supports other charitable projects, for example the Save The Children organization.

He also paid a lot for the safety of his children, spending almost half a million euros on making his property childproof. Enrique Iglesias had a 16-foot wall built in front of his property and the swimming pool made baby-safe. But after all, the singer has a huge fortune, so he can also spend some of it. He put one on Anna Kournikova’s hand Engagement ring set with an 11 carat pink pear cut diamond flanked by two smaller diamonds. This ring cost him a proud two million euros. He also owns a three million euro Gulfstream IV jet with which he jets to his appearances around the globe.