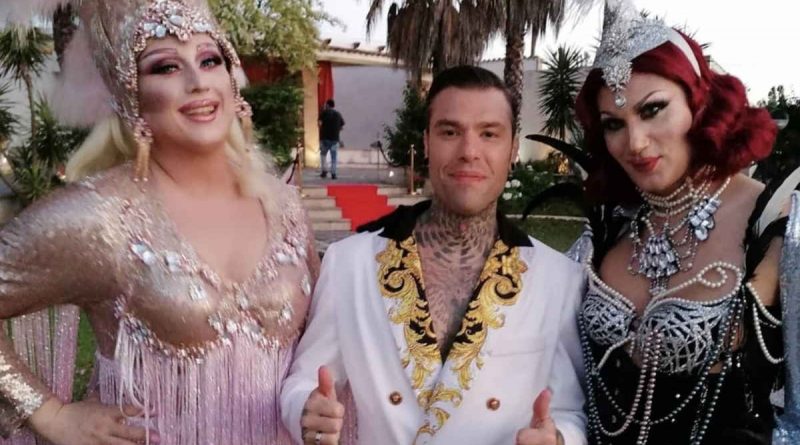 Fedez, Achille Lauro and Orietta Berti just released their new single yesterday, One thousand. But this has created quite a few controversies: in the official video clip of the song, in fact, two well-known Drag Queen appear, Paola Penelope and Eva Paradise. The first of the two, just last night, let herself go to a long rant invoking the help of Fedez. But what happened ?!

Fedez and the controversy over the Mille video

Paola Penelope spoke of a lack of professionalism and sensitivity on the part of some people who worked on the project One thousand. The Drag contacted Fedez directly, letting him know everything that happened in his absence: it seems that in addition to various program changes and schedule shifts, a staff member called the two Drag Queens, trans. Here are the words of Paola in the open letter to the rapper:

Dear Fedez.
As you know I was hired to shoot your video clip “Mille”.
I think you need to know what happened during your absence so that you can decide who to work with in the future. I tried to write to you through your social channels but obviously with all the messages you receive every day I think it is very difficult to read and manage everything. When I received the call I was delighted that a famous singer, who has recently spent a lot of money on the LGBT community, had thought of using the figure of the Drag Queen in a great project, not only to give color but also for the social aspect. that we represent and that is often forgotten. I have to say it out of the way: it was two days of nightmare work!

It’s still, in the letter addressed to Fedez, the Drag Queen said:

I state that the Drag Queen should have been part of the band and the bridesmaids, but it is now evident that this was not the case; I will try to explain “briefly” the reasons: On the first day the drag queens were summoned at 12:00, and as indicated we were ready from 15:30; at 19:00 I shot a scene with Achille Lauro and at 20:00, together with my colleague, a choral scene in which we passed from the center to the ends. At 9:30 pm we went home. It is true, in cinema and in this world in general everything is very long, the scenes can change according to the creativity of the director and the waits are exhausting, but it immediately seemed somewhat strange to me our use. At the end of the day I spoke immediately with our contact person to better understand and to communicate that if our presence was out of context (as it seemed to me) we might not return the following day, but we were assured that the next day we would film our scenes.

The second day we had to be ready at 9:30, so we woke up at dawn to put on make-up as the call was at 7:30 and we were afraid of not completing the preparation in just two hours; Unfortunately, however, the “little game” was the same: at 12:30 we were called to the poolside but, suddenly, someone decided to move us to the terrace.

Finally the Drag, in the letter to Fedez, he declares:

At the stop of this “colossal” scene we hear the assistant director say to the megaphone “Tell the transsexuals to get in the shade”; my reaction, of course, was timely and I immediately said “Ok, I’m going home. Until we meet again!”. Mind you, being called “trans” is not an offense, on the contrary, but there I was sure that the director did not have the awareness of the figure of the Drag Queen and that our presence did not make any sense. I decide to leave the set, go to the dressing room to remove my make-up, and the assistant director arrives immediately to apologize for what happened, saying that we had heard badly from the terrace. I tried to explain several times that I was not offended by the word trans, but that I finally had the certainty that we were just wasting time and that if they wanted a trapeze artist it was useless to call a lion tamer; useless words, because it was evident that my explanations were not received. Subsequently, given my now mandatory choice of wanting to leave, the producer arrives in the dressing room who explains his point of view regarding the ethical choice of drag queens and asks me to stay because, in the afternoon, we would have shot our scene. I decide to stay, even with some sense of guilt for doubting their good faith, and at 17:00 we return to the set. Guess? Despite everything, we relive the situation of the first day again: in the midst of 40 people, we pass from the center to the sides. Here is the added value: the value of nothing, and probably being cool. For putting two drag queens “backlit” in a video that will see 60/90 million people in the summer.
I believe I have made the mistake of having accepted a job under your name without having regularized, if not verbally, my engagement; at the end of the shooting, in fact, having not signed any contract and release and not having played the role for which I was called, I decided and requested to be canceled from the project, but this is precisely where there was the peak of the delusion of omnipotence from your collaborators.

The Drag Queen Paola Penelope she not only appealed to Fedez’s help, but also to that of a lawyer:

Without going into detail, I just want to tell you that I had to enlist the assistance of a lawyer. I decided to find a solution only because I am a correct person. I wanted to avoid problems related to the inability to use my image in case of lack of release. But I am still shaken by so much lack of professionalism, sensitivity and respect. Anyone can do what they want, but personally if I had known from the confidential treatment, I would never have accepted.
This is the sad story of my experience in your video, dear Fedez. To defend the rights of a huge community, such as the LGBT one, it is not enough to expose yourself publicly on TV. We must do it every day, even in everyday life, even by choosing a staff that represents us. The battles that we have to face every day for the acceptance and normalization of the common thought of others are many, and start with small gestures. Like that of respecting every worker and giving value to a figure like ours who is still the object of ridicule and mortification today.

I hope that what happened is for you, as it was for me, a source of experience. And that for your next productions you choose more carefully the collaborators you decide to surround yourself with. Because acting on a daily basis is worth more than media exposure.
I conclude hoping that, in the future, you will be able to make use of #MILLE other collaborators!

For the moment the rapper has not yet responded to Paola’s long outburst, but we are sure he will. Below, however, we leave you the video clip of the song: