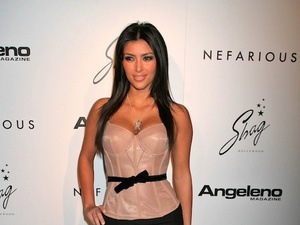 More and more leading ladies in Hollywood are proving that they can do morethan just starring in movies or just looking beautiful. Because many of the ladies are tough businesswomen too and have been able to build up a second mainstay in this way. Whether Victoria Beckham or Kim Kardashian, they have all already demonstrated their keen business acumen. But which ladies in Hollywood also earn a lot of money as business women? We’ll reveal it below!

With “The Honest Company” Jessica Alba has become a successful entrepreneur. The idea for this company was only born when Jessica Alba became a mother herself. Because Jessica wanted only the best for her children, she spent a long time looking for non-toxic diapers and care products. Products that are gentle on your children’s skin. When she couldn’t find it, she started up a company of this kind herself, which now sells just such diapers and care products. The ecologically valuable products have been with us since 2012 The Honest Company Shop available on the internet and the demand is huge. In addition, Jessica Alba now also offers cosmetics and other beauty products for all mothers and beauty-conscious women. In the course of time, she was able to expand her range considerably. However, Jessica Alba is not considered the nicest boss in the world, but is said to have already made her employees cry. At least that didn’t hurt their success, as Jessica’s company is said to be worth a billion US dollars by now.

It now seems clear that Kim K is the Kardashian West house High earner is. She owes this not only to the Dash Stores, the clothing and cosmetics collection that she sells together with her sisters. Rather, Kim’s app made her a filthy rich woman. Now all of her sisters also have their own app, as Kim has once again shown how much money can be made with it.

Kate Bosworth is also one of Hollywood’s female entrepreneurs who can earn a nice extra income with an app. Kate’s app is about copying other people’s styles. So if you see someone on the street whose style you particularly like, you can just snap a photo and upload it to the app. Now you can specify which of the garments should be examined more closely and the app finds out for the user which designer the respective garment comes from and where it is available. If the user then buys the respective item of clothing from the shop to which he is redirected directly from the app, Kate Bosworth earns a lot from it.

Goop made by Gwyneth Paltrow

Gwyneth also has her own lifestyle website, making it a good role model for what Reese Witherspoon still wants to achieve. Gwyneth’s side is called by the way “Goop” and has existed since 2008. Of course, the site also has its own online shop. After all, Gwyneth also wants to earn money with this project. In December 2015, she even opened her own Goop store in the Big Apple. In New York, female customers can shop for all sorts of fashion on-site that has been approved by Gwyneth himself.

While Jessica Simpson is not that well-known in Europe, she is not only a sought-after star in the US, but also an equally successful businesswoman who has been launching her fashion collection very successfully for more than a decade. Most of all, Jessica’s recipe for success is that she Can offer fashion for normal women, which is also to be had at low prices. Plus size fashion is also available as part of the collection. The fashion, accessories and shoes are also affordable and by no means only to be found in luxury boutiques, but in normal department stores in the USA. Jessica now sells children’s fashion and perfume no longer just in retail, but also very successfully via teleshopping. An annual turnover of one billion US dollars is said to have come around and in the future Jessica Simpson wants to sell her fashion as well as the rest of the collection abroad in order to be able to earn even more money.

It had long been clear to many in Hollywood that the beautiful Reese Witherspoon did not fall on her head. It wasn’t until May 2015 that she really got started as an entrepreneur. She’s been around since then Lifestyle label called “Draper James”, which embodies the flair of New Orleans, where Reese once grew up, through and through. On the label’s side, the focus is not only on accessories and fashion, but also on jewelry.

The successful career of the Olsen Twins

That Mary-Kate and Ashley are resourceful entrepreneurseveryone knows by now. Her career as a business woman began as a child. Back then there were a number of films starring the two girls. These were produced directly as videos and were never seen on television or the big screen. In the meantime, however, the Olsens have become fashion designers. Not only do they offer fashion collections, however, but also cosmetics, jewelry, and home furnishings as part of their massive empire. The Dual Star Entertainment Group also belongs to the two young women. This production company, which has existed since the twins’ childhood, is expected to generate a good two billion US dollars a year.

Victoria Beckham is much more than just David Beckham’s soccer wife. She presented her own label to the world as early as 2008. Luxury online stores and boutiques around the globe run the Collections by Mrs. Beckham. The woman has always been known for her pronounced fashion sense. Little by little it has expanded and enlarged its product lines. A great additional income.

There is hardly a TV personality who is more famous than she is. Although the Oprah Winfrey Show has been out of production since 2011, that hasn’t hurt Oprah’s success in any way. After all, the former talk show host now has her own television station. The television channel Oxygen is also owned by Oprah Winfrey and she also owns a production company called Harpo Productions, which also makes a small fortune in the coffers of arguably America’s most famous woman. Meanwhile, Oprah Winfrey, who is known for having tried to lose weight more or less successfully for years, is also a shareholder in Weight Watchers. With all these companies, Oprah has been able to demonstrate her business acumen and is now whole 2.32 billion euros. So Oprah Winfrey is clearly one of the richest people on earth.