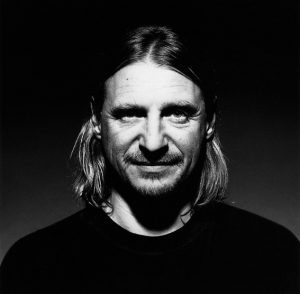 How rich is Frank Otto?

Frank Otto belongs to the world-famous Otto clan. After his older brother, Michael Otto, he is the second son of Werner Otto, who once founded the still very successful Otto-Versand. Even assuming that Frank Otto has an estimated net worth of 861 million euros has, he is not at the center of the Otto clan’s events. Rather, the clever media entrepreneur has made headlines in recent years, especially with his love for his decades younger model girlfriend Nathalie Volk, which ended abruptly in 2020. Like his brother Michael, Frank Otto is one of the richest Germans.

Incidentally, Frank Otto can also tell of a time when money was tight. In the Hamburger Abendblatt he is even quoted as saying that from the middle of the month his modest income “was only enough for oatmeal” for a while. Nowadays, however, the multimillionaire certainly doesn’t have to gnaw at the hunger kerchief. Even though his pocket money was just 50 pfennigs a week when he was a child, it was clear to the young Frank very early on what a wealthy family he had come from. Nevertheless, he should only receive his share of the assets at the age of 30.

Until then, after moving out of his parents’ house, he had to make ends meet, especially with his measly training salary. As a restorer in the Museum of Art and Industry in Hamburg, he received just 360 marks per month for his work. In addition, there was a small pocket money, which his mother gave him, but from which no luxury life was possible. Even his flat share colleagues in the Hamburger Schanze were probably surprised how little money was available to the millionaire’s son. After he left his 30th birthday behind, Frank Otto’s financial circumstances have long since changed.

Unlike his two brothers, Frank Otto did not get into the mail order business. Instead, he has become a successful media entrepreneur, even if it has been a long way there. He’s now that Head of Frank Otto Medienbeteiligungs GmbH & Co. KG, which should have brought him a nice sum of money by participating in various private television and private radio stations. However, it all started with his apprenticeship as a restorer for graphics and paper. This was also followed by a degree in fine arts, which the Otto sprout completed at the Muthesius Art College in Kiel. What then followed was his time as a musician and as a music producer.

Frank Otto founded the second private radio station in Hamburg in 1987 together with Klaus Schulz and Rolf Baierle. at HAMBURG TWO Incidentally, the native of Hamburg still appears today as the majority shareholder. In 1993 he was also involved in founding VIVA and in 1995 he founded Hamburg 1. Indeed, Frank Otto had a lasting impact on the German and, above all, the Hamburg media landscape. This also applies to his participation in the following projects:

From 1999 to 2003 Frank Otto was one of the editors of the Hamburger Morgenpost. In 2004 he went one Guarantee for FC St. Pauli over 600,000 eurosto secure a season license for the regional league for the football club. Frank Otto’s media engagement knows hardly any limits. But the rich hamburger also has a social streak. After all, he laid the foundation stone for the Leuchtfeuer Foundation, contributed to the initiative for Beatles-Platz in Hamburg and is also involved in this regard:

The German model was born on January 6, 1997 and is therefore 40 years younger than her partner. The beauty Nathalie Volk is known from the TV show by Heidi Klum – Germany’s Next Top Model and from Ich bin ein Star – Get me out of here! From 2015 to 2020 the two were a couple and even talked about a wedding. The two could also be seen together on VOX in Goodbye Germany. Many saw the great age difference between the two of them, the huge fortune of Frank Otto, on the other hand the beautiful young Nathalie Volk … but how do you say so beautifully where love falls! In 2020 came the surprising end of love.

Image sources:
By Bart E. Streefkerk (Own work) [CC BY 3.0], via Wikimedia Commons