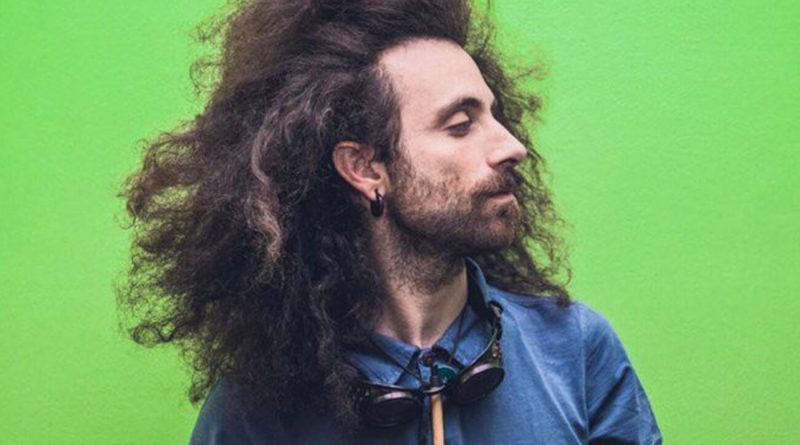 Gio Evan, at the registry office Giovanni Giancaspro, is one Writer, poet And 32-year-old Italian singer-songwriter. Has assets 3 novels And 2 albums, is one of the 26 artists of the Big category who participated in the Sanremo Festival 2021. In competition with the song Arnica, Gio Evan ranks in twenty-third place in the standings.

Who is it Gio Evan ?

Gio Evan was born in Molfetta (municipality of the metropolitan city of Bari), on 21 April 1988. Multifaceted artist, writer and poet, philosopher, humorist, performer, songwriter and street artist, during the years from 2007 to 2015 he undertakes a I travel by bicycle which takes it to most of the world: India, South America, Europe. He begins to study and live alongside local masters and shamans and comes to Argentina baptized as “Gio Evan” by a Hopi. Until 2017 he publishes albums, novels, poetry collections and singles. His notoriety arrives in a short time, thanks to the good use of social networks, on which he publishes fragments of his poetic lines, and updates of his works and travels.

Career as a writer

At the age of twenty Gio Evan writes his book debut: The past florilegium, a collection of verses about his trip to India; the book is self-produced and is distributed by the same author on the streets in Italy. In 2014 he began two projects for the French streets: Gigantographs And The smallest poems in the world. Between 2014 and 2016 he publishes the books The beautiful way (his first novel, for Narcissuss), Theorem of a leap, highly reasoned metaphysical poems (Narcissuss) e Come and surprise me (Miraggi Edizioni), as well as writing and directing the work OH ISSA – Except for one heaven.
In 2017 the book comes out Sometimes it happens that I always think of you, for Fabbri, and followed a long tour throughout Italy.
March 2018 the new book for Fabbri is on sale Everything is infinite between us now. After a period of absence, he returns to the scene in 2019 with the new novel One hundred hearts inside (Fabbri Editori).

After a Tour between November and February 2020 which recorded numerous sold orut, the most multifaceted artist in Italy returns to the fore with a new book of poems: If there is a beautiful place, it is you. His new book was released on 6 October 2020,Precious Memories of Noah Gingols, published by Fabbri Editori which immediately stands out in the sales rankings.

Gio Evan founded between 2012 and 2013 The shoes of the wind, a musical project where he writes, sings and plays the guitar, and independently releases his first album Cranioterapia. On April 17, 2018 it comes out Return ticket only, the debut double album that will take him on tour in Italy and Europe.

October 25th 2019 returns with a new double album: A lot of nature. On 15 and 16 November of the same year he flies to Miami together with Carmen Consoli for the HIT WEEK, the most important Festival in the world dedicated to the diffusion of Italian music and culture beyond national borders. In 2020 the new single comes out Handmade gifts (Universal) and starts his own in Bologna new tour: Tree but inspiration. Despite the devastating effects of COVID-19, the artist accomplishes well 11 sold out. One month after the publication of his latest book, in November 2020, his is also out new single: Glenn Miller, for the record company Polydor (Universal Music Italia).

Great tool that Gio Evan uses to increase his popularity and arrive at a wider one slice of the public, and its instagram profile, which boasts 813 thousand followers. His posts are mostly “fragments of his writings“Or updates on his artistic works.

Not much is known about the private life ofApulian artist. According to the information available, Gio Evan lives between Gubbio and Perugia, and between 2007 and 2015 he traveled the world on his bike. A journey that made why

this is how I do when I want answers, new questions, new knowledge

Gio Evan, after being quoted several times by the conductor Rathe, Elisa Isoardi Andx–companion of the Minister of the Interior Matteo Salvini, saw his fame rise suddenly among the people of the web. Apparently the Isoardi would publish one story of instagram to announce the end of his relationship with Salvini; in this circumstance he used a aphorism of the emerging poet Gio Evan

In competition between the 26 Big of the Sanremo Festival 2021, Gio Evan shows up with the song Arnica. In the evening dedicated to duets and covers of Sanremo 2021, Gio Evan sings “Years” of the 883 with some members of the Rai talent show The Voice Senior.

TO Sanremo 2021 stayed in one curtain planted on the terrace of a hotel. The unusual arrangement was filmed by the cameras of Italian stories conducted by Eleonora Daniele to whom the singer-songwriter declared:

I had a large awning installed on the terrace of the hotel, I did it to restrain myself, to postpone the explosion, to bring some of my home

Gio evan ranks twenty-third place of the final classification of the Festival.

And I’m still living wrong and I don’t learn my lesson
Take the train on time, and then make people wrong
And I’m still wrong to trust to give my heart to others
Which then comes back to pieces heal with cocktails and do midnight and never solve anything
Seeking a friend for a good sunset together
I want to arrive at dawn and say come on again
And I want to let the world slip on me
And don’t always slip me
And I fly with my head in the clouds
But I saw the heart how much higher it goes
And I don’t want to forget anything

But it hurts to remember everything
The waterfront rides
Swim until you don’t touch
The anxiety of not being in time
With Christmas presents
The look of my mother, when she thought that this time I couldn’t make it
The matches on the road
Make the poles with the shirt
Stay close
Who hasn’t made it
The first scars
The love never ended
The nights at home alone or drunk with friends
To then say what how much it hurt

Yet I can’t give up
To then say what how much it hurt
Yet I want to do it again
And bring me a spring before it fades
In front of everyone’s summer
So thin that it haunts her
It confuses me with a cloth hanging in the wind
And I’m looking for a place where I can be weak
Good friends to break up a storm
‘That’ love is only discovered in the midst of the storm, I admire your fixed points but I need to travel

And I fly with my head in the clouds
But I saw the heart how much higher it goes
And I don’t want to forget anything
But it hurts to remember everything
The waterfront rides
Swim until you don’t touch
The anxiety of not being in time
With Christmas presents
The look of my mother, when she thought that this time I couldn’t make it
The matches on the road
Make the poles with the shirt

Meaning of the song “Arnica” Sanremo 2021

Gio Evan participates in the Sanremo Festival with the song Arnica. He himself declared to Raiplay that the title derives from the fact that arnica is a perennial plant despite its fragile bones and transforms itself.

Its metamorphosis is a cream, an ointment that relieves the shocks of the world. Arnica is a song that I used as an ointment and went there to relieve where the world bumped into me. It will be a poem. I am more a writer than a songwriter. I come from the alphabets before, from the silences.