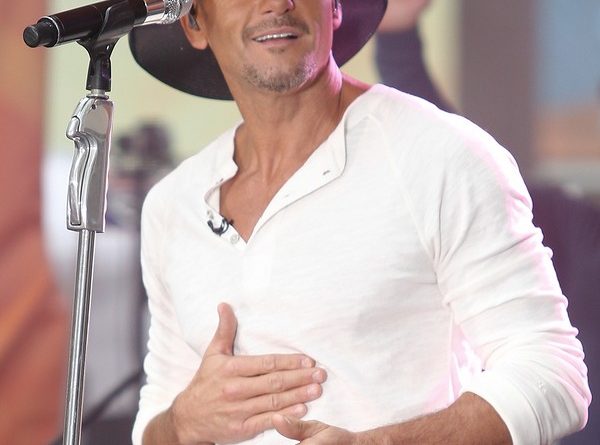 To be nominated for a Grammy alone is an incredibly great honor that very few people will enjoy. After all, the Grammy is a kind of Oscar for musicians. It is the most prestigious music award that long-established musicians and newcomers alike are vying for. And although a large fortune doesn’t necessarily mean that the respective artist also makes the best music, our top 10 Grammy nominees did both. They are extremely rich and are already among the best musicians of 2016. Incidentally, this year only 10 of the 25 best-earning musicians even managed to get a nomination for the coveted music prize. We’ll reveal who the richest nominees are and whether they were able to take home the Grammy on February 15, 2016 in Los Angeles.

These are the 10 richest, highest-earning Grammy nominees in 2016

In 2015 alone, Tim McGraw as a living country legend earned 38 million US dollars and now has a considerable fortune of 85 million US dollars. In 2016 he was nominated for exactly one Grammy, namely in the Best Country Song category with his hit “Diamond Rings And Old Barstools.” But the winner was Little Big Town, the winner of the year.

In terms of their earnings, the Foo Fighters have also caught up with the country singer. Dave Grohl alone is worth $ 260 million. In 2016 there were two nominations for the band:

Unfortunately, the band came away empty-handed at the Grammy Awards.

5 Grammy nominations made Drake an even more sought-after man. The artist is worth $ 75 million, of which he earned $ 39.5 million in 2015 alone, so it was a really golden year for Drake, who should have been very happy about the following nominations:

In the end, there was no Grammy for our number 8 either.

With a net worth of $ 90 million and earnings of $ 40 million last year alone, Bruno Mars found himself in 7th place. The following Grammy nominations were certain for him this year:

In the end, the smart Bruno was actually allowed to take home the Grammy for the album of the year (Record of the Year) and the artist was also honored with the Grammy for the Best Pop Duo / Group Performance. He even received the third Grammy, for which Bruno Mars was nominated, so that his album “Uptown Funk” could also land with the critics.

Nobody could have dreamed that Paul McCartney would one day be nominated for a Grammy for best rap performance. But that’s exactly what happened thanks to the cooperation with Kanye West, which brought the 1.2 billion-heavy ex-Beatle the following nominations:

In the end, however, Kendrick Lamar was ahead of Kayne and Paul.

Ed Sheeran is one of the absolute high-flyers of 2015. Although he only weighs 35 million US dollars, he earned 57 million US dollars in 2015 alone and was also able to look forward to 4 nominations for the most important music award in the world:

In fact, the Grammy jury has confirmed that Ed Sheeran delivered the song of the year and awarded it a Grammy for it. There was also a second award for Best Pop Solo Performance.

In fourth place we meet some real rock’n’roll legends. The Stones grossed $ 57.5 million last year and together are worth around $ 900 million, so it is to be hoped that they will crack the $ 1 billion mark while they are still alive. In 2016, however, it was only enough for a Grammy nomination for the world-famous Rolling Stones around singer Mick Jagger:

However, the band couldn’t even win this award.

With a fortune of 265 million euros, Lady Gaga is well on the way to becoming one of the richest female pop icons in the world. In 2015, her net worth grew by $ 59 million and she was nominated for the following Grammy:

Unfortunately, the New Yorker could not be happy about this Grammy.

When you consider Diddy’s net worth is $ 735 million, the $ 60 million the rapper made last year shouldn’t have been particularly bliss. How happy the rapper was about his Grammy nomination is also not known.

After all, Kendrick Lamar won this award anyway, so Diddy went empty-handed.

A young lady really deserved first place in our ranking. In 2015, she not only earned more than her colleagues in the music business, but was also able to dust off 7 Grammy nominations. Taylor Swift’s fortune – (converted: 250 million euros) should also have put a smile on the beautiful singer’s delicate lips.

In fact, Taylor was able to take home some of the most important Grammys ever again in 2016. For the album of the year, Taylor became the first woman to be recognized for the second time. There was also one of the coveted awards for the best music video. Taylor Swift also won the Best Pop Vocal Album Grammy and is therefore our number 1!