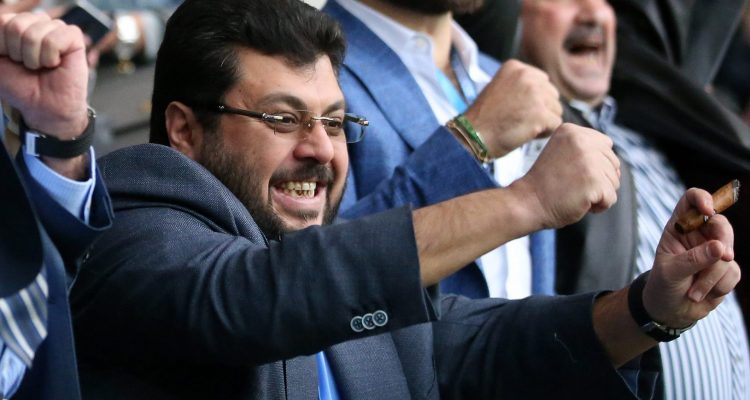 How much money does Hasan Ismaik have?

In 2014, Forbes named Hasan Ismaik the first Jordanian billionaire. A total of 1.4 billion US dollars, it is said to have been heavy. When you consider the 2017 numbers from Forbes a Net worth of $ 341 million figure, then the 1860 investor has lost over a billion in US dollars in 3 years. A major reason for this is the case of the Arabtec share, where Ismaik owns almost 20% of the company. Incidentally, the Jordanian lets himself be chauffeured in a Maybach luxury limousine.

Ismaik studied business administration in Amman, Jordan and traded in oil and real estate after completing his studies. Due to the real estate boom in the Middle East and several smart investments, Hasan Ismaik was able to become the first Jordanian billionaire in a very short time.

With his investment group “HAMG Group” he is invested in many different companies in the Arabian region and is sometimes even represented on the supervisory board:

In May 2011 Hasan Ismaik bought into the traditional Munich club “1860 Munich”, which was about to go bankrupt. All in all, he and his company “HAM International Limited” (based in Dubai) took over 60% of the shares in “TSV München von 1860 GmbH & Co. KGaA” for 18.4 million euros. In addition, the Jordanian holds 90% of the company “HI Squared International”, which takes care of the entire marketing of the football club.

We want to make the sixties strong, we don’t want any more financial holes, we want to be in the top division within three years!

Due to the 50 + 1 rule of the German Football League, the investor owns only 49% of the voting rights in the football club, despite his 60% stake. A big problem because Ismaik would like to have a lot more say in the club. In terms of sport, however, the Munich team just didn’t want to go. Due to many internal problems and disputes in the club with the investor and the management, it finally came about that the club had to relegate from the 2nd German Bundesliga in 2017. So that the club could get the license to start in the 3rd division, a transfer of around 10 million euros would have been necessary, which Ismaik refused. Thereupon a restart had to take place in the Regionalliga Bayern (4th division), which they mastered with the immediate promotion. Since the 2018/19 season, Munich has been playing in the 3rd division, but only to a mediocre level and far from any thought of advancement to the 2nd division. Ismaik will still not give up his lion shares and will also continue to file a lawsuit against the 50 + 1 rule of the DFL.