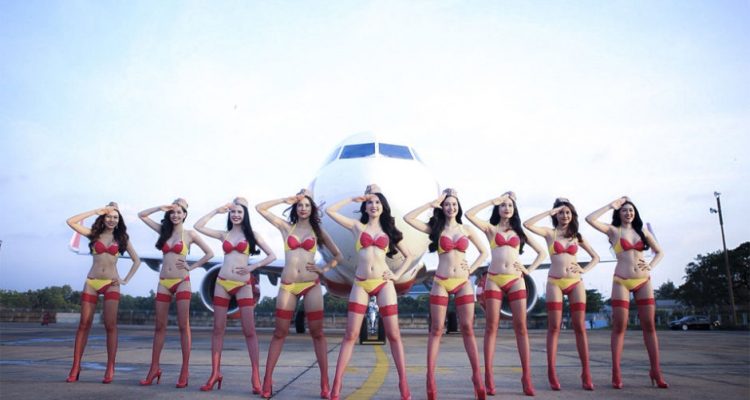 Nguyen Thi Phuong Thao, currently the female CEO at the helm of VietJet, could become Vietnam’s first billionaire if everything goes smoothly with the airline’s IPO. At the same time, she would also be the first billionaire in all of Southeast Asia – no other woman has done that before! But how could she fight her way to the top in the highly competitive airline business? Very easily: At VietJet, the flight attendants wear bikinis. While Nguyen Thi Phuong Thao also owns a huge real estate empire and is a co-owner of several banks, she owes her wealth primarily to the airline, which she owns 95 percent.

From millionaire to billionaire

It all began in 1988, when Thao was studying finance and economics in Moscow. Even at such a young age, she was able to earn a good 1 million euros by importing clothing and office supplies from Japan, South Korea and Hong Kong and selling them on. Thao is now 45 years old. After making 1 million euros in just 3 years, she went back to Vietnam after completing her studies, where the would-be billionaire immediately invested in two banks. As soon as it became clear that Vietnam’s communist government would also allow other airlines in the future, Thao immediately reported her request to be allowed to participate in this sector. In December 2011 the time had finally come and the airline was able to take off with its lightly clad flight attendants.

This year, VietJet could overtake Vietnam Airlines as the largest airline in all of Vietnam. Nguyen Thi Phuong Thao built the airline up bit by bit without any significant help – a true masterpiece. In addition, Vietnam is one of the 10 fastest growing markets in terms of airline business. Fortunately for the soon-to-be billionaire, this will not change in the next 20 years, when more and more Vietnamese will discover traveling by plane for themselves. She has proven that Thao is a really shrewd and clever business woman by the fact that she now even sells calendars with her beautiful flight attendants in skimpy bikini. In any case, the scam seems to resonate with her customers! Thao is not worried about the image of her company. As long as her customers are satisfied, so is the woman at the helm of VietJet.