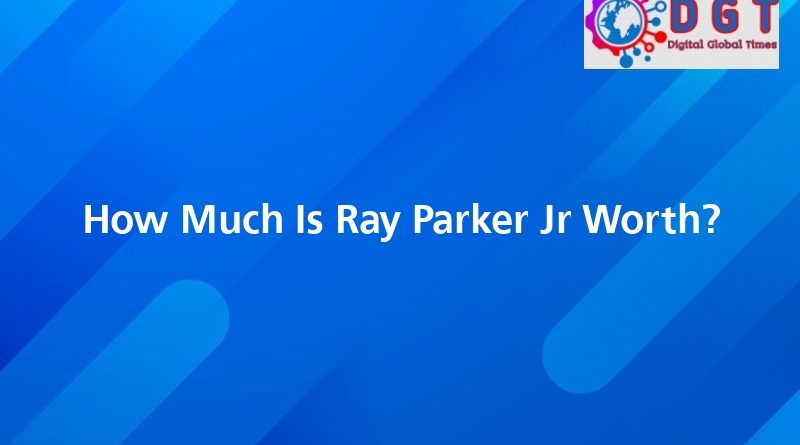 If you want to know how much Ray Parker Jr. is worth, then keep reading. Parker is an American musician, songwriter, and record producer. He is most well-known for writing the theme song for the 1984 film Ghostbusters. He has a net worth of $5 million. Ray Parker Jr. was born in Chicago in 1952 and has made his net worth through his music. While he first gained fame as part of the Barry White band in the 1970s, he later became an acclaimed solo artist.

The Ghostbusters movie starring Ray Parker Jr. earned him a net worth of $10 million. His career spans several different genres, and his most notable contributions include writing the theme song. He has played with a variety of musical groups, and is perhaps best known for writing the Ghostbusters theme song. He began his career as a guitarist in the house band at 20 Grand nightclub in Detroit. He later signed with a band called The Detroit Spinners and toured the country.

While Parker is most well-known as an actor and singer, he also works as a producer. This combination of talents has helped him to earn a net worth of $2.5 million. Parker’s career as an actor and singer has led to many films and hit singles. If you’re looking for more information about Parker Jr’s net worth, check out his official website and social media accounts.

Huey Lewis and his family sued Parker Jr. in 1985 for stealing the bassline from Lewis’ song. The two sides eventually settled out of court and Parker was paid an undisclosed sum. Parker Jr. never had to defend himself in the lawsuit, and he has been busy appearing in television shows and advertisements. So far, his net worth is impressive. The singer has become one of the most popular voices on the movie’s soundtrack.

Parker made millions of singles during his career. His guitar work can be heard on hundreds of songs. He co-wrote “You Got the Love” with Chaka Khan. Later, he was a member of Barry White’s “Love Unlimited Orchestra”.

His career began when he was sixteen years old. He co-wrote his first song with Marvin Gaye, and was a sideman in Stevie Wonder’s Love Unlimited Orchestra. His first major hit as a songwriter came with “You Got the Love” in 1974. The song was co-written by Chaka Khan and Rufus. And in 1975, Parker was featured in a film starring Sidney Poitier.