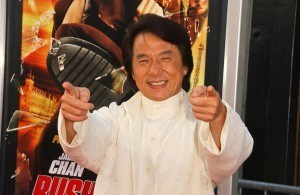 How much money does Jackie Chan have?

Jackie Chan literally boxed her way through a rough childhood. He made his debut as an actor at the age of 8. In the 1970s he became the star of the Asian martial arts film. With films like “Rumble in the Bronx” and “Rush Hour” he also conquered the international market in the 90s. Chan’s trademark: breathtaking fights and stunts, garnished with a dose of humor.

Despite his success, he has never forgotten his humble origins and now helps others with his own charity organization. With a estimated assets of about 360 million euros the superstar can afford that too. Forbes magazine named him one of the 10 most generous celebrities in the world.

The fortune of superstar Jackie Chan

On the current “Celebrity List” of the Chinese Forbes edition, Jackie Chan takes a respectable 4th place. The list brings together personalities from film, sports, music and media in China and takes into account the income of the previous year. Here Chan was able to book 96 million yuan – more than 15 million dollars – for himself.

Noble gesture: after his death, the actor will be entire fortune the Jackie Chan Charitable Foundation, a charitable organization. His Son Jaycee Chan should come out completely empty. Jackie said the following in 2012: “If my son wants to continue his luxurious lifestyle, he has to build something himself.” This has already been announced by other super-rich people such as Warren Buffet and Bill Gates.

A reference to the sources of his income also shows a Forbes list from 2010. With the lead role in the remake of “Karate kid“Chan maneuvered himself to number 11 on the list of top-selling actors. In terms of numbers, the Martial Art flick’s success, with Will Smith’s son Jaden Smith, reached box office revenues of $ 359 million.

The career and the hard school of the Peking Opera

Jackie Chan was born on April 7, 1954 in Hong Kong as Chan Kong-Sang. His parents Charles and Li-Li Chan had settled in the British colony on the run from the Chinese Civil War. Although the parents were employed by the French consulate and the family lived in the posh suburb of Victoria Peak, Jackie grew up in simple circumstances.

At the age of 7, he entered the China Drama Academy. This renowned training center taught the forms of the Peking Opera and is considered the birthplace of well-known Chinese actors. Here the boy made friends with Sammo Hung and Yuen Biao: he later appeared in films with both of them. The schedule included mainly artistic performances such as dance, singing, martial arts and acrobatics; the lessons lasted from dawn until late at night. While still at school, which ended for Jackie Chan at the age of 17, he got his first role in 1962 in “Big and Little Wong Tin Bar”.

They called him Bone Breaker

After finishing school, Jackie Chan tried to break into the Hong Kong film industry. He earned his first spurs as a stuntman, including in Bruce Lee classics such as “Fist of Fury” or “Enter the Dragon”. After he had made a name for himself as a leading actor, his cinematic breakthrough came in 1978 with “The Snake in the Shadow of the Eagle”. This year alone he was seen in a total of 6 productions, including legendary films such as “Master of all classes” or “They called him bone breaker”.

From Hong Kong to Los Angeles

A first step towards success in the western world was the role in “On the highway all hell is going” in 1981. Chan appeared in a supporting role in the action comedy alongside Roger Moore, Dean Martin, Burt Reynolds and Sammy Davis Jr. In 1985 the widely acclaimed and commercially successful “Police Story” followed. He achieved further success with “Rumble in the Bronx” (1994) and “Rush Hour” (1998). In the latter, the Chinese fights and jokes his way through Los Angeles as Chief Inspector Lee at the side of Chris Tucker.

Jackie Chan is still employed as an actor in both international and national productions. He is also active as a screenwriter, film producer, director and singer. The list of his injuries sustained while shooting is legendary. From head to toe, every part of the body bears the traces of its cinematic career.

In addition to all the services provided, the jack-of-all-trades from Hong Kong also benefits to a certain extent from his “exotic bonus”. Whenever there is a need to market Asian-influenced products, Chan is a welcome partner. Often involved: the Chinese symbol for power and strength – the dragon.

The Swiss luxury watch manufacturer Richard Mille has already worked with Chan on several occasions. The result are extravagant, limited-edition chronometers – which of course have their price. The latest model, the RM 57-01 “Phoenix and Dragon”, is manufactured in an edition of just 15 and costs around $ 500,000. A dragon and a phoenix facing each other adorn the piece of jewelery made of 18-carat white or red gold as sculptural elements.

Jackie Chan is a sought-after personality all over the world. So what could be more obvious than appearing as a brand ambassador for the Brazilian aircraft manufacturer Embraer? As a first official act, he was allowed to receive his own private jet. Two intertwined dragons cover the fuselage of the Embraer Legacy 650 model, and Chan’s name is clearly visible on the vertical stabilizer. Inside there are 3 separate cabins for working, relaxing and resting. The jet is said to be worth $ 30 million.

Some film fees from Jackie Chan

This is what the martial arts superstar deserved in some of his films: