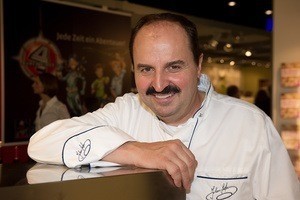 How much money does Johann Lafer have?

Johann Lafer’s fortune can only be estimated roughly. He’s keeping his assets covered. There is no question that he is a millionaire. However, his net worth is not just a few million, but many in the double digits. We are assuming at least 15 million euros, but it could also be a lot more. Johann Lafer is Germany’s most successful TV chefwhich is reflected in his fees. He celebrates the greatest successes in Germany, although he is Austrian. He comes from Styria, more precisely from St. Stefan im Rosental. He holds the top of the German TV chefs and is number one among the most successful TV chefs next to Jamie Oliver, number two belongs to Alfons Schuhbeck, and third place is Horst Lichter, followed by Steffen Henssler and Christian Rach. Sixth place goes to Tim Mälzer and seventh to Alexander Hermann. This is followed by Cornelia Poletto and ninth place is occupied by Frank Rosin. The top ten are completed by number 10 Kolja Kleeberg.

Johann began his career as a chef through training from 1973 to 1976 in the “Gösser-Bräu” restaurant in Graz, Austria. After completing his military service, he moved to the “Schweizer Hof” hotel in Berlin in 1977. 1979 followed a job in the restaurant “Le Canard” in Hamburg. In 1981 he worked as head pastry chef in the Munich restaurant “Aubergine” for Eckart Witzigmann. He wrote several books with Mr. Witzigmann – the first step to great fortune. Today he owns two restaurants, Le Val d’Or and Bistro d’Or. He also owns a “Table d’Or” cooking school and has a TV and photo studio, where, among other things, cooking programs with Lafer are filmed.

In addition, the celebrity chef sells delicatessen products such as oils, salts, honey, stocks and others under his brand name “Johann Lafer”. He developed some of these himself. Lafer achieves one with his group of companies Annual turnover of 10 million euros.

Career success and high income from TV shows such as “Lafer! Lights! Yummy!”

The celebrity chef has been on television since 1984 and cooks in many shows. He shaped the TV cooking shows and was actually the first TV chef. He is a guest or the star in many different shows, such as “Lanz kocht!”, “L for Lafer”, “Himmel un Erd”, “The Cooking Arena,“ The Kitchen Battle ”and“ Lafer! Lights! Yummy!”. In the last-mentioned cooking show, he cooks together with Horst Lichter and two celebrities. Of course, he makes good money for each show episode. His daily fee is up to € 15,000.

Lafer is particularly famous for television. This in turn leads to profitable sales of its products. In addition to the salts and oils that are adorned with his face and name, he deserves far more. He is a successful book author. His cookbooks are very well received. There are now around 40 books available from him and they have certainly made it to the bestsellers in cookbooks. Johann Lafer collects 50,000 euros per book and is also involved in sales.

He also founded the company “Johann Lafer Heli Gourmet GmbH & Co. KG”, which offers flights over the Rhine Valley combined with a gourmet menu. The helicopter picnic costs € 1,200 per person. Johann Lafer took care of himself and future generations, starting with an apprenticeship as a chef, he worked his way up to the top. His assets have grown immensely and his salary continues to grow.