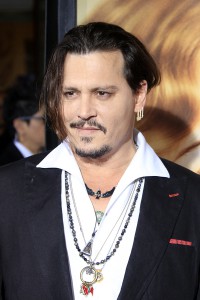 How rich is Johnny Depp?

Crazy hatter, murderous hairdresser, romantic Don Juan or unconventional pirate: Hardly any other actor is as versatile as Johnny Depp. And although his heart beats for the bizarre, extravagant roles, he has been one of the highest paid actors in Hollywood for many years. His parade role as Captain Jack Sparrow in “Pirates of the Caribbean” has brought him much appreciated 225 million euros one. He received one for the fifth part of the series, which came out in theaters in 2017 Record fee of over 80 million euros. Overall, the charismatic actor is supposed to be a estimated net worth of 125 million euros own.

Johnny Depp broke? He spent his fortune on:

The many millions that Johnny Depp earns, he spends in next to no time. He is considered one of Hollywood’s greatest wasters. His long-standing consulting firm TMG disclosed after various lawsuits what the actor is said to have squandered his incredible fortune on in recent years. There is talk of about $ 2 million insane spending per month. However, he is far from broke.

Here is a small excerpt of the asset expenses:

But Johnny Depp was not always on the sunny side of life. His early childhood was marked by frequent moves. Like his three older siblings (Debbie, Christi and Daniel), he also suffered badly from the quarrels of his parents Betty Sue Palmer and John Christopher Depp. He escaped this difficult family situation through his love for music. This was sparked when he was given a used guitar at the age of twelve. Then he and friends founded his first band called “Flame”. By appearing in bars and clubs, he came into contact with the wrong people who introduced him to cigarettes, drugs and alcohol. However, by his own account, he was never addicted. At the age of 15 he finally dropped out of school and initially kept himself afloat with temporary jobs and occasional appearances as a musician. At the age of 20 he married his childhood sweetheart Lori Anne Allison for the first time. What nobody knew at the time: She should be indirectly responsible for his career as an actor, although the couple were already separated at that time.

The first steps as an actor

Because Depp remained friends with his first wife after their separation, he also got to know her new boyfriend. And this was none other than Nicholas Cage. He helped Johnny Depp to get his first small supporting role in the classic “Nightmare on Elm Street” in 1984. Other small roles followed until he starred in the 1986 film “Platoon”. Here, too, he has a supporting role, which, however, receives a lot of attention and secures him further engagements. During this time, Johnny realizes that his future may not lie in the music business, but rather that he should pursue his acting career. Johnny Depp’s international breakthrough began in 1987 with the teen series “21 Jump Street”in which he plays a teenage cop. He later reported that he hated the role as a teen idol. Perhaps that encouraged him to later fill the unusual roles in particular.

With the films “Cry Baby” and “Edward with the scissor hands” Johnny Depp finally makes it into the top ranks of Hollywood actors. While filming “Edward Scissorhands” he met Director Tim Burton know, with whom a deep friendship should connect him from then on. In the next few years other successful films followed such as “Benny and Joon” 1993, “Gilbert Grape” with the young Leonardo Di Caprio in 1993, “Don Juan de Marco” 1995, “Fear and Loathing in Las Vegas” 1998 and “Sleepy Hollow” 1999. He rings in the new millennium with the romantic comedy “Chocolat” alongside Juliette Binoche one.

Johnny Depp revolutionizes the image of a pirate

In 2003 the film, with which he is associated worldwide, was released: “Pirates of the Caribbean”. In this Disney production he plays the pirate alongside other high profile actors such as Orlando Bloom and Keira Knightley Captain Jack Sparrow. He almost wasn’t selected for this role because Disney’s executives at first found the way he interpreted Jack Sparrow very suspicious. Until then, pirates were more associated with power, strength, coolness and callousness. Johnny Depp’s Jack Sparrow, however, is a capricious, always a little swaying and easy babbling pirate who has undoubtedly seen better times. But it was precisely this unconventional way that gave Johnny one Oscar nomination and the movie, with over $ 654 million in revenue, a huge hit at the box office. He, too, is one of those actors who never or will never win an Oscar. It is now known that Johnny Depp used the gestures and facial expressions of Rollling Stone Keith Richards for the role of pirate captain, whom he described as “the best pirate of today”.

The second part is occupied by $ 432 million in revenue one of the top places in the ranking of the most successful films of all time.

But even in the new millennium, Johnny Depp did not want to be tied to one role. In 2005 he played the crazy factory owner in “Charly and the Chocolate Factory”, for which he was able to work again with his buddy Tim Burton. He had this pleasure again in 2007, when Burton filmed the musical “Sweeny Todd – The Devilish Barber from Fleet Street” (Oscar nomination). The two of them also worked together again in 2010 for the classic “Alice in Wonderland” and Johnny Depp excelled as a mad hatter. This year he gets up # 1 on Forbes’ list of top paid actors in Hollywood and continues to earn a million dollar fortune

In 2005 he received another Oscar nomination for his role as Peter Pan writer JM Barrie in “When Dreams Learn To Fly”. Darker is his character in “The Secret Window”, which is based on a book by Stephen King.

After a grueling childhood and youth, Johnny Depp’s private life was able to enter calmer waters from 1998 onwards. There he learned the French Singer Vanessa Paradis know and love. The couple were in a relationship until 2012 and have two children together. The relationship fell apart when Johnny fell into his in 2012 Amber Heard falls in love, with whom he made the film “The Rum Diary” together. Rumor has it that he gave her an engagement ring worth 93,000 euros in 2014. He should break up with his ex Vanessa Paradis Have sweetened 100 million eurosalthough he would not be obliged to maintain by law. The joint property in France was up for sale at the Sotheby’s auction house for 23 million euros in the summer.

Marriage and divorce from Amber Heard

The actor married his colleague Amber Heard on February 4th, 2015, but the marriage did not last long. At the beginning of 2017, the dream couple divorced after a month-long marital war. Amber should be allowed to keep the two dogs and a horse. There are also two cars: a new Range Rover a 1968 Ford Mustang. The actor also has to pay his ex $ 7 million, peanuts compared to his fortune. There were also serious allegations of physical violence in the room, in which Amber was also right in court.