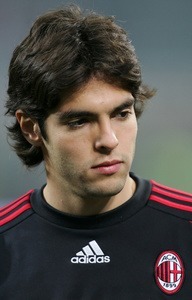 How much money does soccer player Kaka have?

Ricardo Izecson dos Santos Leite, a completely normal name in Brazil and a completely normal guy. This is exactly what makes the Brazilian so special. Only a few select players in the Selecao come from the middle class. Kaka does not correspond to the Brazilian cliché street footballer. Dad is an engineer, mom is a teacher. Like the neighbors across the street – or in Brazil the guy from the other side of the street, where a street sometimes divides rich and poor.

The Brazilian is listed on several “rich list” tables. His Assets are estimated at 96 million euroswhich is not only made up of football club fees, but is also due to high advertising income. However, he is still far behind the top earners Cristiano Ronaldo and Lionel Messi. Just recently, Hyundai announced that Kaka will be the testimonial for the World Cup year alongside Iker Casillas.

Kaka received his football training with Sao Paulo before he moved to the top Italian club AC Milan at the age of 21. At that time, a number of top European clubs were interested in the Brazilian, including FC Bayern Munich. However, he decided on the Northern Italians and started a seldom seen world career there. Within a season, Kaka evolved to one of the best midfielders in the world. From 2003 to 2009, Kaka shaped a club era that was crowned with the Champions League title in 2007. Overall, the 2007 Ballon d’Or winner 71 goals in 193 games for the traditional Italian club.

So it is not surprising that at the peak of his career, Kaka was also one of the world’s best-paid footballers. In 2009, the world champion (2002) moved to Real Madrid. The royals rewarded him for it with one Annual income of more than ten million euros. Before that, the multiple Italian champion already earned a proud salary of an initial 2 million euros (2003) up to a good 7 million (2007). In addition, when he moved to Spain, Kaka joined the List of the most expensive players in the world. The Madrilenians spent 65 million euros on the playmaker.

However, in the Spanish capital, Kaka was never happy. Not least because of the new coach Jose Mourinho and a young German-Turkish man, Mesut Özil. Özil, who had been replaced by Werder Bremen, quickly integrated into the team and was considered a coach’s favorite. Kaka was already 29, no longer looked lively enough and was also suffering from a serious injury. In 2013 AC Milan therefore seized the opportunity and brought the prodigal son back to the old place of work. Like Kaka, AC Milan has also lost some of its quality and can no longer confirm its once dominant role in Europe. The Annual salary at AC Milan was estimated at four million euros.

In July 2014, Kaka announced, like stars like David Beckham, Bastian Schweinsteiger and Thierry Henry, that they would switch to the American Major League Soccer. His new club was Orlando City, the one Salary of $ 7.17 million Transfer to Kaka. Until the new season of the MLS starts, Kaka will always be loaned to his home club FC Sao Paulo, where he will receive a full 2 ​​million euros salary for 6 months.

In August 2018 he was introduced as the new AC Milan team manager.