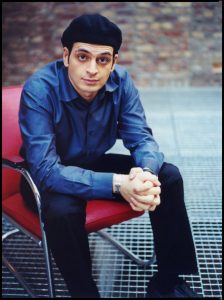 How much money does Kaya Yanar have?

Kaya Yanar made Germany laugh and earned a decent amount of money with it. In the meantime, however, the German with Turkish roots lives in Switzerland – because of love. And that even though Kaya jokingly says that a house in his new adopted home would cost as much as an entire village in his old homeland, Germany. Not much has leaked to the public in the past about the private life of the multimillionaire. The cherished Kaya Yanar’s net worth is 6 million euros.

However, one of the most famous German comedians himself says that this was due, among other things, to the fact that he was simply was single for a long time. It is also not exactly known who the woman of today is at his side. Only that Kaya was in a steady relationship with his comedian colleague Mirja Boes years ago, the public was allowed to experience at least partially. The TV presenter and comedian has not yet had any children. But somehow he’s still a big kid himself.

Great success with “What are you looking at ?!”

Incidentally, today’s star owes his breakthrough to the successful format “What are you looking at ?!”. The comedy show, which was broadcast on Sat.1, won several awards. But his life could also have taken a completely different course. The prankster first studied philosophy, phonetics and American studies in his hometown of Frankfurt am Main. However, he did not get a degree. Nevertheless it is especially his sharp mind, which makes the comedian so successful. After all, his ethno-comedy, in which he plays with the clichés that exist about different ethnic groups, is also very well received by the German audience.

But the comedian can not only be funny, he also knows when it is time to be serious. An interview with the TV star showed that very clearly. When it came to a potential marriage proposal, Yanar said that although he would have loved to propose to his girlfriend a thousand times while brushing her teeth, he wanted to come up with something more creative for this important moment. The artist also takes animal welfare at least as seriously. Kaya is not only committed to PETA, but also lives vegan. After all, that is only logical. The son of parents of Turkish-Arab descent has already participated in various campaigns against fur and for a vegan and vegetarian diet.

His numerous awards show that his critics also take him very seriously. The Swiss by choice was able to take home the German Comedy Prize three times. In 2014 he was even awarded this coveted prize in the “Best Comedian” category. Kaya not only reinvents himself on TV, but also in his stage program. While he could still be seen live on stage with “Made in Germany” in 2007, his live program in 2018 is called “Breaking out for beginners. “With a lot of wit, charm and humor, the artist also takes on difficult, but above all, topics that his audience can relate to based on the audience’s very own life experience.