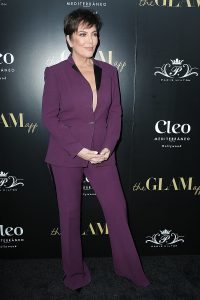 How much money does Kris Jenner have?

What she touches turns to gold – Kris Jenner is the manager of the Kardashian blended family empire. One of her daughters, Kylie Jenner, is considered the world’s youngest self-made billionaire, while another, Kim Kardashian, is the undisputed social media queen. Kris Jenner also has a hand in her other children’s business ideas. She herself comes from a humble background and grew up with her mother after her parents divorced. After high school, she worked briefly as a stewardess until she met her first husband, lawyer Robert Kardashian. From this marriage their children Kourtney, Kim, Khloé and Robert jr. Kendall and Kylie are from the second marriage to athlete Bruce Jenner, now Caitlyn Jenner. The cherished Kris Jenner’s net worth is $ 115 million.

How it all started

In the 1970s, Kris Jenner met attorney Robert Kardashian, whom she married in 1978. Kardashian was a friend of OJ Simpson’s, whom he represented in court on his murder charges. The lawyer opened the doors of high society to Kris, who henceforth surrounded themselves with elite families like the Hiltons. The marriage was divorced in 1991 and Robert Kardashian died in 2003 of complications from esophageal cancer. The story of the Simpson Trial and the role of the Kardashians was made in the American series in 2016 American Crime Story: The people v. OJ Simpson filmed. Selma Blair took on the role of Kris Jenner.

Shortly after divorcing Robert Kardashian, Kris Jenner remarried, this time to athlete Bruce Jenner. However, he has felt more like a woman all his life, since 2015 he officially lives as a woman under the name Caitlyn Jenner. This led to the divorce of Kris and Bruce / Caitlyn.

Keeping up with the Kardashians

The fact that Kris Jenner is so well known in public is not because of her men, but because of her successful reality TV show Keeping up with the Kardashians. Since 2007 you can watch the private everyday madness of the Kardashians, their respective partners and their offspring on TV. The last episodes, which will be broadcast in early 2021, are currently being shot. In 2015, the family earned 68 million euros from the TV show, and in 2017 they earned 78 million euros.

The reality show was the ideal stepping stone for their careers, especially for the youngest daughters Kylie and Kendall Jenner. The flourishing self-marketing of her family, however, also makes the cash register ring for Kris Jenner, because she has a share of ten percent in all income of her children. Considering the fact that her daughter Kim alone has an estimated fortune of 840 million euros, this proportion is enormous.

In 2017, for example, she scored according to Forbes Income of 15 million euros only from her share of Kylie’s fortune, who is now considered the youngest self-made billionaire.

Kris Jenner has other sources of income, however, such as marketing her own dental care products in addition to tea. And if she’s not in front of the camera with her family, she has regular appearances as a presenter on the talk show The Talkwhere she replaced Sharon Osbourne.

The businesswoman has been private since 2015 is in a relationship with Corey Gamble, who is 25 years his junior. Every now and then she chats out of the closet of her sex life, rather to the displeasure of the rest of the family. But Kris lives by the motto “You are as young as you feel, and if you don’t feel young enough, you have to help out.” She is a popular patient with well-known cosmetic surgeons. Kris Jenner got rich from having her personal life on camera. A high price, but one that was well rewarded.