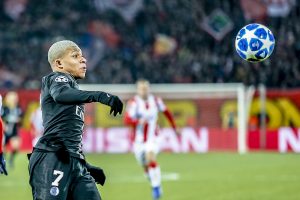 How rich is Kylian Mbappé?

Kylian Mbappé was born on December 20, 1998 in Paris and is a world-famous football player. He plays for Paris Saint-Germain (PSG) and is also part of the French national team. At the 2018 World Cup, at the age of only 19, he was named world champion and also named the best young player in the tournament. The cherished Kylian Mbappé’s net worth is 50 million euros.

The career start of Kylian Mbappé

Mbappé comes from a sporty family, his father was already an active soccer player and his mother was a handball player in the top league in France. His adoptive brother is also a professional soccer player. So the path of Kylian Mbappé was mapped out, but international success was not yet in sight at this point in time.

He started playing for AS Bondy when he was five. After completing the youth performance center from 2011 to 2013, he later went to the youth department of AS Monaco. In 2016 he came on as a substitute for ES Troyes AC and scored one goal in stoppage time. So he became the youngest league goal scorer of AS Monaco. In the 2016/17 season, Mbappé was also a French champion with his club.

At the end of August 2017, the transfer to Paris Saint-Germain (PSG, President Nasser Al-Khelaifi) took place, but by detours, since the club had previously bought the player Neymar for 222 million euros. So was Mbappé the second most expensive player of all time – just after his colleague Neymar.

Football world champion at the age of 19

With 33 hits, Kylian Mbappé became the Ligue 1 top scorer. Among other things, it was thanks to him that PSG won the championship (2018/19 season). His success brought him international attention.

However, Mbappé had long since made it into the national team, as he played his first games for the French U17s in 2014. In the U19 team he was European champion in 2016 and At the beginning of 2017, the player was appointed to the senior national team.

He had also asserted himself during the World Cup qualifiers, which is why he made it into the French squad for the 2018 World Cup. This made Kylian Mbappé France’s youngest international player. Not infrequently he was named Man of the Match, for example when he scored two goals against Argentina in the quarter-finals. France made the stage with a 4-3 win. The team won the world championship and thus he became world champion at the age of only 19. Mbappé donated the prize for the 2018 World Cup for the care of disabled children in schools and communities as well as for sports activities for children in hospitals. In total, his donation amounted to around 432,000 euros. The organization behind it “Premiers de Cordée” has been supported by the soccer star for a long time.

The awards from Kylian Mbappé

The soccer star’s awards include:

Kylian Mbappé’s annual salary at Paris Saint-Germain is € 25 million. The footballer is still under contract with PSG until 2022. Real Madrid have already shown interest in Mbappé. In order to forestall a possible club change, PSG has allegedly offered the professional footballer 50 million euros net annually for a contract extension. Should Kylian Mbappé receive a salary of 50 million euros per year, he would catch up with Cristiano Ronaldo and Lionel Messi in terms of salaries and even overtake team-mate Neymar. However, there are always rumors of a possible move to Real Madrid.

Nike won Kylian Mbappé as an advertising facen, there is again considerable income from this. As a rule, this is about several million euros per year, because the footballer is not allowed to be seen in public with other brands. In addition, his own Kylian Mbappé shoes were brought onto the market, from which he also earned a percentage.