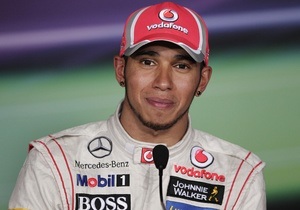 How much money does Lewis Hamilton have?

Lewis Hamilton is certainly no longer one of the youngsters in Formula 1, but one of them most successful drivers in the premier class. Even before his title won in the 2008 season, he was able to firmly establish himself in this class of motorsport and keep up with the toughest competitors such as Fernando Alonso, Michael Schumacher or Kimi Räikkönen from the start. His successes not only made the number of his fans soar, but also his salary. He has been leading the Formula 1 payroll since the 2019 season and is currently ahead of former world champion Sebastian Vettel.

In addition to Hamilton’s annual income, which is only paid for driving, various advertising deals have come up, including with Tag Heuer, Reebok, which he has around two million euros annually brings in and of course one with Mercedes. We cherished his Assets at around 250 million euros. In recent years, Toto Wolff’s contract with Mercedes has only been extended for a further year at short notice. The Lewis Hamilton’s salary is currently 30 million euros. He earned an incredible 55 million euros in just one season in the 2020 season.

The career of Lewis Hamilton – a career under the star

Like many of his F1 colleagues, Hamilton came into contact with racing at an early age. At the age of eight he made his first experiences in karting. Just two years later, after a few successful races, he was in the right place at the right time and spoke to the right man: Ron Dennis. Ron Dennis, known as McLaren’s team boss, was asked for an autograph by Hamilton and at the same time confidently pointed out that he would like to drive for his team one day. Dennis, on the other hand, recognized Hamilton’s talent and promptly accepted him into the team’s own development program.

This set the course for future successes. The self-confident Hamilton was by no means unsettled by the great chance of a regular place in Formula 1 and showed consistently good performances in all the following racing classes (Formula Renault, Formula 3, GP2) in the coming period. It was therefore not a great surprise for him or his sponsors when, after winning the GP2 championship title in 2006, he immediately became teammate of Fernando Alonso at McLaren Mercedes F1. Here, too, he demonstrated his talent and his extraordinary ability to concentrate on his job as a racing driver, so that in the following year he was able to win the Formula 1 World Championship as the youngest F1 driver at the time. At that time, Hamilton earned around 25 million euros.

Since 2013, Hamilton has not been driving for the British McLaren team (the original McLaren Mercedes team had now split into McLaren F1 and Mercedes GP), but opted for the Germans and became teammate of Nico Rosberg, whom he defeated in an internal duel in 2013 had. He only had to admit defeat to German Rosberg in 2016 before he was able to become Formula 1 world champion again in 2017 and 2018 alongside new team-mate Valtteri Bottas. As a result, Hamilton drove his entire previous F1 career for the star brand.

For the Extreme E racing series, Lewis founded his own team called “X44”. The first “X Prix” will take place in 2021 and will be driven with electric SUVs on remote racetracks (arctic, desert, rainforest, …).

The houses of Lewis Hamilton

Lewis Hamilton who is one of the richest British athletes counts, like many other Formula 1 drivers, owns one Property in Switzerland, in the exclusive Luins / Nyon on Lake Geneva, he bought an apartment as well as in Monte Carlo / Monaco, where he officially lives.

In 2017 Lewis bought a small villa in Kensington / West London, the most expensive British residential area, for the equivalent of 20 million euros. He is also said to have a ranch in Colorado.

After his fifth world championship title, the Briton bought a luxury apartment with 600 square meters in New York, which is said to have cost 35 million euros. The apartment offers an incredible view of the Hudson River with 250 square meters and is said to be in a building that belongs to Tom Brady and his wife Gisele Bündchen. It is curious that he already owns another apartment in similar spheres in New York.

In the year he won the World Cup in 2008, he acquired the Grand Beach Resort Hotel on the Caribbean island of Grenada, the purchase price of which corresponded to his annual salary of 25 million euros at the time. In this way, the driver secured himself for the time after his active career.

In addition to its many luxury properties, Hamilton owns a number of luxury cars that are worth more than 15 million euros in total:

He also owns a Sunseeker yacht worth around 3 million euros and a “Bombardier Challenger 605” private jet worth 20 million euros.

As a result, Hamilton not only has high financial reserves, but also numerous tangible assets. According to estimates by the Formula One Trade Guide, it could around 500 million euros by the end of his career have earned. Should he become world champion again, which seems realistic in view of the current season, this value could be corrected upwards again.

Lewis Hamilton in the Mercedes