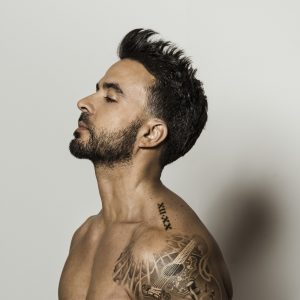 How rich is Luis Fonsi?

If you think about the name Luis Fonsi, you just have to think of a word from a song: Despacito. At least now it is clear that this is the Puerto Rican pop singer who was featured in 2017 Despacito landed a world summer hit. Despite a duet with Christina Aguilera and a concert with Pope John Paul II, Luis Fonsi was long considered an insider tip in Latino pop. With Despacito However, he managed a global hit that broke records in the series. The cherished Luis Fonsi’s net worth is 17 million euros.

A childhood dream: Singer in a Latino boy band

Luis Alfonso’s real family name is Rodrìguez Lopez-Cepero, so it’s understandable why he chose the name Luis Fonsi for the stage. The family moved from San Juan, Puerto Rico, to Florida when he was a young boy. Musically, he always remained true to his latino roots. When he was ten, his intended goal was with the famous Latin American boy band Menudo to get in. Nevertheless, he decided on one for the time being Studied music at Florida State University, which also helped him to get his first record deal.

Constant path to success – in Spanish

The first album Commenzaré hit Latin America in 1998, as did the successor in 2000 Eterno. While Luis Fonsi was still largely unknown in Europe, Christina Aguilera caught the heartthrob for a duet on her Spanish-language album Mi reflejo. Interestingly enough However, its popularity was enough to give a concert at the turn of the millennium for Pope John Paul II. But at first he couldn’t score with songs in English. His album Fight the feeling 2002 was more of a flop in the US.

Luis Fonsi switched back to his mother tongue and helped out in 2005 Paso a paso a nomination for the Latin Grammy Awards. With the follow-up album Palabras del Silencio he was able to place himself in the Billboard Top 100 and inspire Barack Obama. In 2009 he sang at the Obama Peace Prize ceremony in Oslo.

In 2017, the good mood dance song was created in collaboration with reggaeton rapper Daddy Yankee Despacito. Even before the studio album is released VIDA, on the next Despacito also a duet with Demi Lovato (Èchame la Culpa) is represented, Luis Fonsi broke several records (seven of which are registered in the Guinness Book). Fonsi also sang the hit together with Helene Fischer at one of her shows. The video for the summer hit dwarfed everything that had come before: Despacito received billions of clicks and was the most viewed video on YouTube from 2017 to 2020. The remix version with Justin Bieber, which was quickly produced afterwards, also developed into a long-running hit, staying at number 1 in the US charts for weeks. With Helene Fischer he also released the joint song “Vamos A Marte (Let’s fly to Mars)” in August 2021

With this success it goes without saying that the singer also indulges in a little luxury in his private life. So he added a special property to his fortune. 2018 he bought a luxury villa in Coral Gables, Florida, for the equivalent of 4.6 million euros. The domicile has 771 square meters, seven bedrooms and eight bathrooms. Luis Fonsi also has two offices and a wine cellar at his disposal. In the garden, a large spa area with pool and massage jets invites you to relax, and if you fancy a little excursion, your yacht is anchored right in front of the property. The singer is married to model Agueda Lopez for the second time and has two children, Mikaela and Rocco.