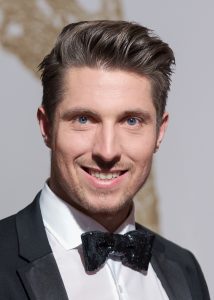 How rich is Marcel Hirscher?

Marcel Hirscher is one of the most successful ski racers of all time. The Austrian won two Olympic gold medals, seven world championships and eight times the overall World Cup. He has also set several different ski records. His athletic accomplishments and popularity have also had an impact on his bank account. The cherished Marcel Hirscher’s assets are 15 million euros.

Thanks to numerous victories and top placements in the World Cup, Marcel Hirscher occasionally received the highest prize money in the ski circus. Between 2012 and 2019 he took in a total of around 4 million euros through his good performance only in the World Cup. His most profitable season was 2017/18 with around 620,000 euros. These prize money allowed Hirscher’s fortune to grow continuously. However, his Olympic victories did not bring him any hard cash, but at least he received a set of coins with a total value of 34,000 euros from the Austrian Olympic Committee. Much more important was the attention that his successes brought him and the income from sponsorships that came with it, which of course had a very positive effect on his fortune.

From 2009 to 2021, Raiffeisen was Hirscher’s most important sponsor. This paid the ski racer around one million euros per yearafter he established himself in the top of the world and has remained loyal to him even after his career has ended. It wasn’t until 2021 that they went their separate ways. In addition, the Austrian was / is supported by various well-known companies, such as Red Bull (Boss: Didi Mateschitz), Audi, Under Armor and his long-term supplier Atomic, from whom Marcel only parted in 2021. In addition, Hirscher is an ambassador for his home region of Salzburg. With the lucrative advertising contracts, which also extend beyond his active career, Marcel Hirscher continues to increase his fortune. The split from Atomic after almost 20 years together fueled more and more rumors that he will launch his own ski brand.

Successful right from the start

The beginning of an incomparable winning streak

In December 2009 Hirscher won his first race in the World Cup with the giant slalom in Val-d’Isère. The second followed a good month later in Kranjska Gora. The 2010 Olympic Games in Vancouver, on the other hand, were disappointing for the ski racer, as he narrowly missed the medals in fourth in giant slalom and fifth in slalom. In February 2011, Hirscher broke his navicular bone in his left foot and was only able to take part in races again in the 2011/12 season. In this, however, he started with three World Cup victories in a row. In order to he laid the foundation for his first victory in the overall standings, which he celebrated in March 2012.

The most successful ski racer of all time

In February 2013, Hirscher won gold in slalom and silver in giant slalom at the World Championships in Schladming, as well as gold in the team competition with the Austrian team. In March 2013 he secured his second victory in the overall World Cup standings. Six more should be added by 2019. With Hirscher holds a lonely record for eight overall World Cup victories in a row. He also won the World Cup in slalom and giant slalom six times. The 20 crystal balls lined up in his trophy cabinet are unmatched.

At the 2014 Olympics in Sochi, Hirscher won his first Olympic medal when he finished second in the slalom. He achieved the long-awaited Olympic victory in 2018 in Pyeongchang in giant slalom and combined. By 2019, Hirscher had won a total of seven gold and four silver medals at world championships. He won at least one title at four World Championships in a row – this, too, is a record that no other ski racer has achieved. In September In 2019 Marcel Hirscher declared his active career over.

Marcel bought several apartment buildings in the provincial capital Salzburg during his active time. In 2014, for example, he acquired a property on Paracelsusstrasse for 2.45 million euros. In 2021 he bought another three-story old building in Andräviertel from Hans-Peter Haselsteiner for 1.9 million euros, where more money has to be spent on renovation. His assets are further secured by real estate and will be increased in the next few years.