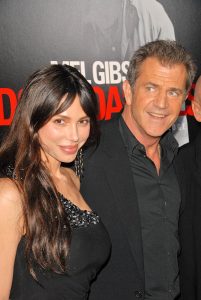 If Mel Gibson’s ex has its way, the actor should now pay 88,000 euros for maintenance for their child. That Oksana Grigorieva would like to improve her own livelihood and treat herself to a more luxurious standard of living can certainly be publicly speculated with such sums of money. So far, Oksana has received around 17,500 euros per month to look after their daughter Lucia, who is 6 years old. Now she wants to get five times as much money from Mel Gibson and is said to have already submitted the relevant documents to her lawyer. Oksana, the pianist with Russian roots, states that she is dependent on increased entertainment payments in order to ensure the safety of her daughter. For this alone, she would have to spend around 8,800 euros a month. However, Oksana did not disclose exactly why her daughter’s safety could be in danger.

Disputes on the child’s back

Little Lucia has probably been between the two fronts since she was born, as her parents always like to carry out their disputes on the little girl’s back. Only 8 months after Lucia was born, Oksana was able to ensure, with the help of a court, that Mel Gibson was not allowed to see his daughter because he is said to have physically attacked her mother. The subsequent dispute over custody lasted for years. When the dispute was finally settled in August 2011, Oksana received 660,500 euros and from then on had to share custody with Mel Gibson. She was also given the right to live in a villa in Sherman Oaks, California, until her daughter was 18 years old. On Lucia’s 18th birthday, the house was then to be sold in order to set up a trust fund for Lucia with the money.

2. Celebrity child and the greed for more money

Only a few years later, however, Oksana had to file for bankruptcy and said it was mainly the legal fees for the legal battle with Mel Gibson that had put her in this predicament. However, it should be remembered that Oksana also has the Is the mother of a second celebrity child and receives € 3,100 a month from Timothy Dalton as maintenance for their son. With a fortune of a good 375 million euros, which Mel Gibson is said to have amassed, Oksana probably thinks that there is still something to be gained. Mel Gibson also has to pay for his other 7 children that he and his ex-wife Robyn have. So whether Mel Gibson really has to pay Oksana € 88,000 per month in the end remains to be seen. However, this seems rather unlikely, as Oksana will hardly be able to prove that her monthly financial needs for the welfare of Lucia have increased fivefold, so that such sums would be appropriate.