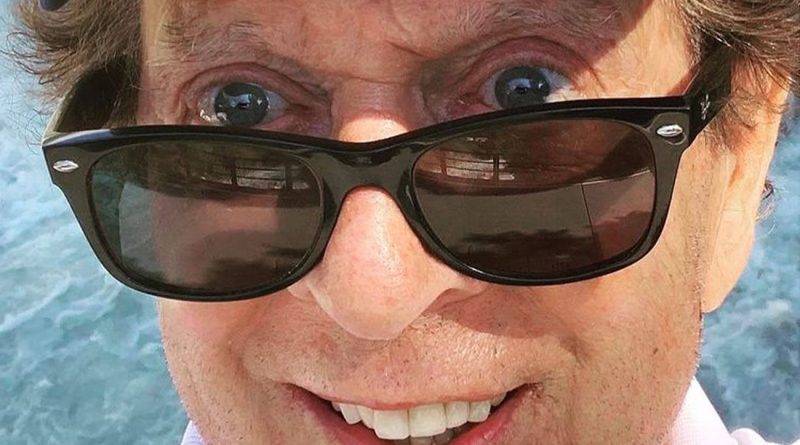 Memo Remigi, registered as Emidio Remigi, is an 83-year-old singer, radio and television host. Originally from Erba, in Lombardy, the singer looks back on a career spanning 50 years, in which he gave the public memorable songs such as Fall in love in Milan, There was night And The love. Also engaged as a radio and television host, Memo Remigi participates in Dancing with the Stars 2021, paired with Maria Ermachkova.

Emidio Remigi, aka Memo Remigi, was born in Erba on May 27, 1938. He grew up in Como and in the early 60s he began performing as a singer in various clubs in the city. After signing a contract with Ri-Fi, he participates in 1965 in A disc for the summer, in which it gains popularity thanks to the unforgettable Fall in love in Milan.

In addition to his career as a singer, Memo Remigi joins his career as an author, writing for Orietta Berti and Ornella Vanoni, the famous I will give you more, and other famous pieces including some Zecchino d’Oro hits (A child And Just take off flight away). From the 1970s Remo Remigi became a radio and television host, alternating his experiences with private broadcasters with those with Rai.

Among his best known television programs are mentioned The tenant downstairs (dedicated to children), and his presence as a regular guest a Fantastic And One morning. Since 2017 he has been a regular guest at Live propaganda by Diego Bianchi, and from 2021 a Today is another day by Serena Bortone. Memo Remigi is an official competitor of Dancing with the Stars 2021.

The career of Memo Remigi begins in the 60s, when he wins the Liège Song Festival and signs his first contract with Karim. Popularity comes in 1965 when, after signing with Ri-Fi, he participates in A disc for the summer, with its greatest success, Fall in love in Milan.

During his career as a singer, Memo Remigi participates in various Sanremo Festival:

Memo Remigi on television and radio

Since the 1970s, Memo Remigi begins to conduct television and radio programs, for private and state broadcasters. In 1977 he leads The merchants at the fair on Antenna 59, which launches it in the television world. For the radio it leads instead: Via Asiago Tent And Piano bar “Gocce di Luna”.

It intensifies the television activities and we see it as conductor of programs as:

We also see Memo Remigi as a regular guest at Fantastic And One morning. Since 2017 it is regular guest of Live propaganda and from 2021 of Today is another day.

Memo Remigi is candidate in the Union of Center by region of Lombardy, on the occasion of the regional elections of 2013, but not being elected.

Memo Remigi’s instagram profile is full of shots that see him engaged as a guest in various television programs, and has almost 14 thousand followers. 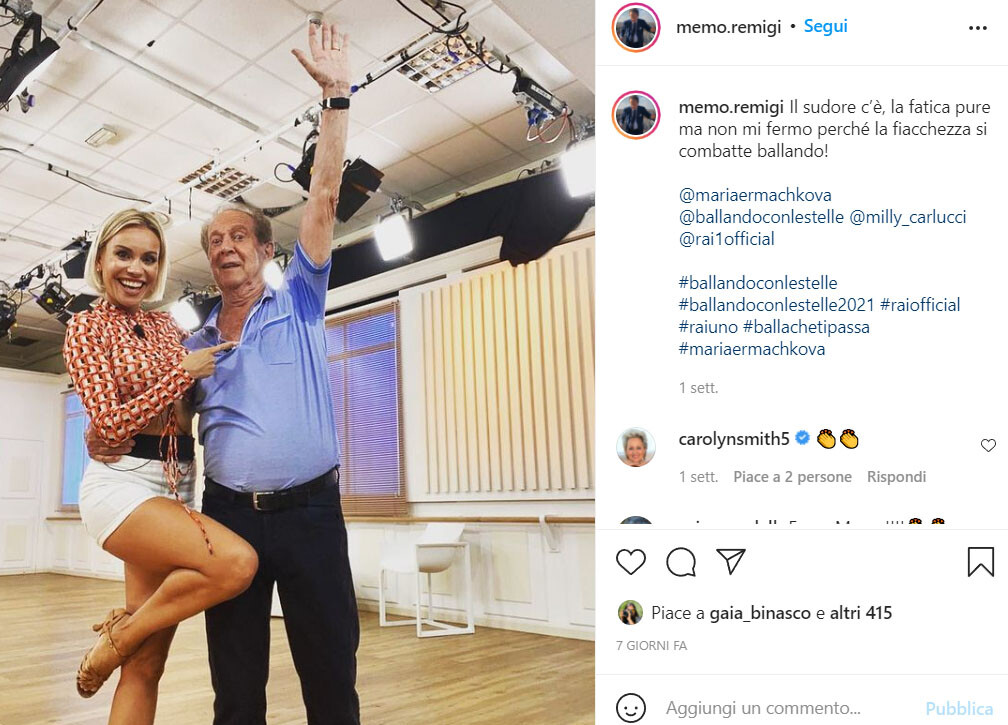 Memo Remigi’s private life has been long and complex: from wife to children, passing through famous flirts.

Memo Remigi has been married to Lucia Russo for 55 years. They married in 1966 and after a long illness, Lucia Russo passed away in January 2021. The singer himself announced his death with a post on facebook:

I thank everyone for their loving participation in my pain. You have reached a magnificent place for a long and well-deserved vacation and, if you do not return soon, it will mean that sooner or later I will reach it too, as, for now, I still have many things to do!

The two met during a golf match in Milan. They fell in love immediately, they got married and in 1969 their only son was born: Stefano Remigi. In 2005 they decide to move to Varese, at Lucia’s wish. During the marriage the two would have a crisis due to Memo Remigi’s betrayal with Barbara D’Urso.

In 2021, during an interview with Moreover, Memo Remigi said he had a flirt with Barbara D’urso, dating back 40 years ago, when the presenter was 19 years old. According to the Lombard singer, flirting was discovered by his wife Lucia Russo who threw him out of the house. Memo thus took in I rent a two-room apartment to live with Barbara D’Urso, whom she saw as young and inexperienced.

The presenter did not like the revelation of the singer, denying everything in Afternoon 5:

There is one thing that is bothering me these days. There is an elderly man at the moment, who has just suffered a bereavement, so I am close to him and virtually hug him who, instead of closing himself in his pain, has done interviews and talked a lot about me. The thing I don’t like is that he said to cheating on his wife with mAnd. I have to point this out because me I’ve never been in a relationship in my life not a minute, not an hour, not a day, not four years with a man who had a wife who was waiting for him at home.

Stefano Remigi was born in 1969, from Memo Remigi and Lucia Russor. Stefano also works in the entertainment world, and in 1999 he starts one relationship with actress Francesca Cavallin. In 2012 the two get married and have two sons: Leonardo (2007) and Jacopo (2015). The marriage unfortunately ended in 2017. Before the marriage with Cavallin, Stefano Remigi had already had two other children from a previous relationship: Sofia and Nicolò. 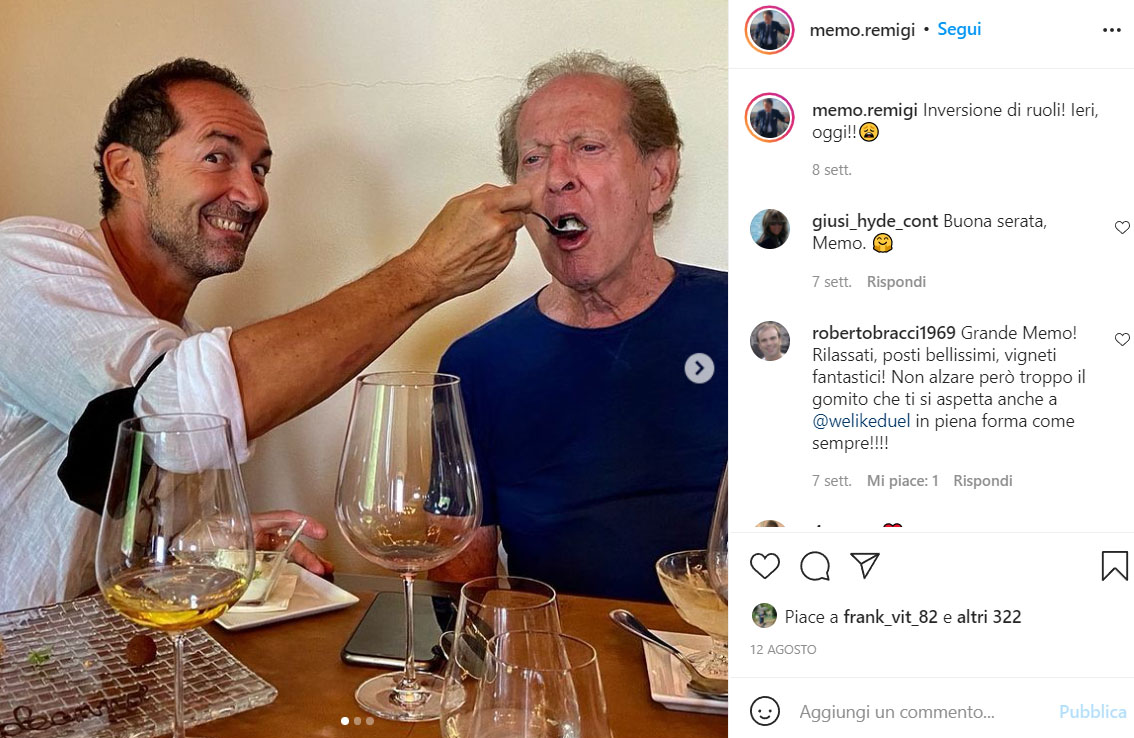 Memo Remigi at Dancing with the stars 2021

Memo Remigi is officially in the cast of Dancing with the Stars 2021, departing on October 16. Conducted by Milly Carlucci and with the participation of Paolo Belli, the successful Rai program will see 13 couples challenge each other over 10 episodes, under the watchful eye of the judges. During the first, second, third and fourth evening Memo and Maria always rank in the first positions without risking the ballot.

During the last episode of Dancing with the Stars 2021, Memo Remigi identifies himself with Elvis and, together with Maria Ermachkova, they dance a Jive ben, and immediately conquer the public, a little less the jury who in any case does not penalize them.

The judges dancing with the stars

The judges of the new edition are: 27

All the contestants of Dancing with the stars

The competitors of this edition are:

In the last episode Memo and Maria finish second, thanks to their hi-hat-tribute to Michael Jackson.

Here is an interview by Memo Remigi, released to Pierluigi Diaco a Me and you.

Home » Music ” Memo Remigi: Who is he, Age, Biography, Career and Dancing with the Stars