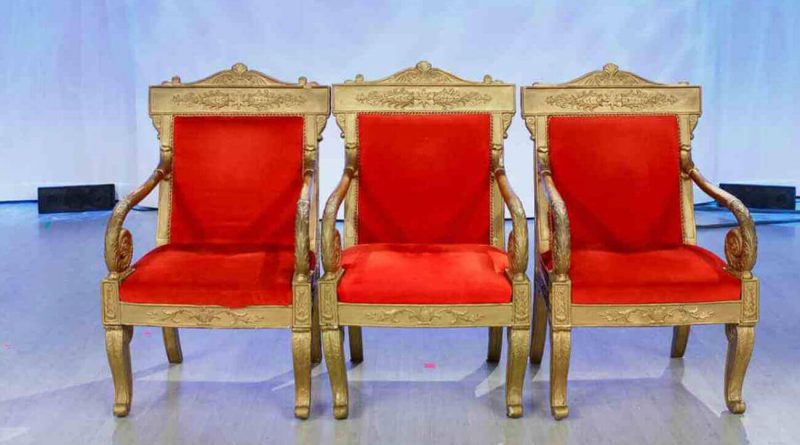 The 2021 – 2022 edition from Men and women starts on Canale 5 on 13 September 2021: the new consolidated format is that of the last season, effectively combining Men and Women Over with the classical throne in one studio and one recording. The Maria De Filippi dating show is ready to welcome new tronists, suitors and new ladies and knights. The edition of Men and Women 2021 – 2022 sees as always the commentators Gianni Sperti and Tina Cipollari, accompanied by Tinì Cansino. For the 2021 season, the airing of the program is suspended on December 23rd and starts again on January 10th.

Who are the tronists of September 2021 of Men and Women, protagonists of the new season of the program? The tronists are: 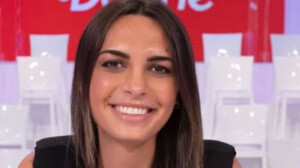 Andrea Nicole is a 29-year-old girl who has completed her transition from man to woman. Andrea is looking for a man without prejudice, who is free mentally and who can make her heart beat. Andrea Nicole’s life was particular and full of difficulties but now she is in balance with herself and wants to find love. She works and lives in Milan, where she is employed in the clothing sector.

Principal suitors: Ciprian, a physiotherapist and personal trainer who lives in Rome, Gabrio an ecological operator with a very hard childhood originally from Russia (he is eliminated after a few episodes). Alessandro Verdolini, a boy originally from the Marche who works as a social media manager. 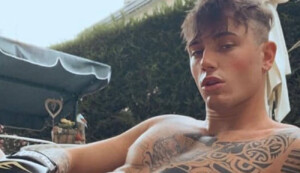 Joele Milan is a 26-year-old boy from Dolo in the province of Venice, he works in a car dealership and loves tattoos very much. He had only one relationship, which ended badly, as he was cheated on by his ex-girlfriend with his best friend. He is eliminated from the program for trying to make an agreement with a suitor (Ilaria) while they were dancing. 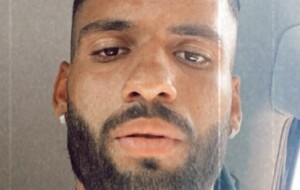 Matteo Fioravanti he is 24 years old and lives in Rome. His origins are humble, Andrea said that he often found himself having to cope with his family to important economic difficulties. He thanks his parents for always knowing how to reinvent themselves and this has taught him tenacity. He played as a professional footballer but had to quit due to physical problems. He currently works with his father in the restaurant business. Matteo decided to end his throne on 10 October when, surprisingly, he chose the suitor Noemi Baratto. 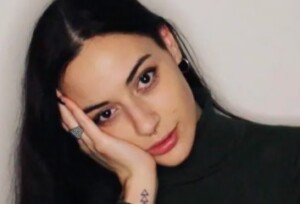 Roberta is 21 years old and originally from Rome. She defines herself as meticulous and talkative, which leaves nothing to chance. She had an important bereavement: at the age of 14 she lost her father and Roberta tells how over time she has learned to live with this pain. Look for a guy with broad shoulders and a great desire to fall in love.

Matteo Ranieri, Sophie’s former choice of Men and Women, is made official as new tronista on November 16th. He takes the place of Joele Milan and Matteo Fioravanti who have concluded their path in the program. Matteo brings his simplicity and its purity, as well as aunchanged shyness.

Men and Women Over

The 2020/2021 edition of Throne Over we will be sure it will continue to give us endless emotions. The sure protagonists of the next edition will be Gemma Galgani (historical lady and irreplaceable fixed presence of the program) and its new rival Isabella Ricci, a lady who exploded last season of the program and much appreciated by the male parterre. The male and female parterre is made up of:

Beatrice from Riva del Garda, 43, born one day before Maria De Filippi: she worked for many years in women’s clothing and now she is working in her friend’s restaurant where she works as her right-hand man in a pizzeria. Separated and the mother of a 15-year-old daughter. It comes down to Armando: he loves his straightforward way of expressing himself which he feels very close to his own.

Leonardo of Men and Women is a 68-year-old man from Milan, he goes down to Gemma Galgani and frequents her showing interest.

Vincenzo is a 47-year-old knight from Bitonto. He goes out with Jessica but a date doesn’t materialize.

Pinuccia della Giovanna she is 79 years old and in the parterre of Men and Women she goes out with Alessandro, a 91 year old pensioner. Their story takes center stage throughout the first part of the program

Alessandro Rausa is 91 years old and is dating Pinuccia. The two are dating even if Alessandro has not heard the bells unlike Pinuccia who says she is in love.

Costabile is a new knight of Men and Women Over, he approaches Gemma Galgani and the two meet.

Gemma to Men and Women she is the hostess: after many years of constant presence and some new tweaks, Gemma returns to look for love in the afternoon program that last season saw her as always the protagonist of loves, falls in love and desperate separations. Gemma shows up in September with a new décolleté.

Isabella Ricci, which came to Men and Women last season, contends the throne of protagonist precisely to Gemma Galgani with whom there is no lack of squabbles and exchanges of views. Isabella is much appreciated by the male parterre and is looking for a relationship that can make her have fun and fall in love.

Ida Platano, returned to the program a few months after the end of the past season, finding her ex Riccardo Guarnieri, is still looking for love and is ready to get back into the game also in the 2021 2022 season of Men and Women.

Riccardo returns to the parterre of Men and Women after leaving, to then return and leave, with Roberta of Padua. Between the two who had been together years ago there were mutual accusations and a stormy end of the relationship. Riccardo is looking for love and in the studio he will also find the other ex Ida Platano.

Armando he has been a regular on the program for several years now: despite his frequentations, no one has ever managed to get him out of the program. Armando to Men and Women keeps looking for love between a squabble and a new acquaintance.

Jessica is a 33-year-old woman new lady of the parterre of Men and Women 2021 2022: Event manager, has attracted the attention of Armando.

Jessica Serra is 30 years old, has two children and works as a Personal Trainer. He goes out with Marcello Messina for a few weeks but the attendance does not go through.

Stefano Pastore was the protagonist of the throne over already in the 2018 – 2019 season where he met Gemma and Simona Bosio. Stefano returns many months later to the program in September 2021, to look for love after the first unsuccessful attempt.

A new knight in the parterre of Men and Women 2021 2022 is Kerry Bellugi: it is not a stage name but it is his real name and he is originally from Siena. He says he was born in the house, like all the “tough” people of his generation.

Biagio returns in the new edition of Men and Women 2021 2022 having not yet found a soul mate in the previous season.

Fabio 66 years old worked for 40 years and now is retired, did the civilian pilot. He has two children one who works abroad and does its own job. The daughter, on the other hand, is studying and lives with him in Pescantina near Verona. Enter the program to get to know Isabella Ricci.

Nadia is one of the new ladies of the Over Throne. Blonde with blue eyes, elegant and polite, Nadia is 72 years old and a 47 year old son to whom she is very attached. She is an esthete, she loves beautiful things and in a man she looks at behavior and shoes.

Bernarda is a lady of the parterre who enters in mid-November 2021. She goes out with Biagio di Maro. He lives in Sicily and precisely in Syracuse.

Daniela is a lady who goes out with Biagio di Maro, she had a bereavement losing her love at only 39 years old. Originally from Naples, she makes strength and positivity her motto.

Marcello is a new entry in the September 2021 edition of Men and Women. Marcello is 47 years old.

Graziano is a commercial agent originally from Naples, he deals with the import export of artificial flowers. He lived four years in Veneto for love and goes down to meet Ida Platano.

Sara Zilli returns again this year in the parterre of Men and Women and has suffered a return of Fiamma with Biagio di Maro.

Marika is a 35-year-old brunette from Palermo, she enters the 2021 2022 season of the program and goes out with Armando Incarnato.

Diego is a 42-year-old boy from Rome. He is a new knight of the parterre and he went out with Vittoria.

Dominique is the lady of the throne over descended to meet Costabile. Dominique is 66 years old.

Giuseppe is a personal trainer, works with fitness and is a new knight of the Over throne. He was a tailor for men and women in life.

Alessandro is 91 years old and comes from Trento. He is the oldest knight in the parterre.

Pinuccia comes from Vigevano and has been married for over 50 years, remaining a widow. Born in an orphanage, she tells her story as a great-grandmother looking for a man to spend old age with.

Filiberto he is 72 years old, he lived on the Côte d’Azur for 15 years, he has done various jobs, is a pharmacist and builder. The main job is to have had five discos: he was a deejay in the late 60’s, being in fact one of the first Italians. Do not is on social, he can’t stand them, he is an incurable optimist, he doesn’t smoke and he doesn’t like tattoos.

Salvatore is 67 years old, he’s an actor out of passion and has decided to go out with Isabella

Massimo is a former Rugby player, enters the studio to woo both Gemma Galgani and Isabella Ricci. He then focuses on Isabella.

Achille is a 43-year-old knight of the throne over, has a thick hair and comes from Verona. He has a degree in economics and is an entrepreneur.

Massimo comes from Lucca new knight of the parterre of Men and women: he danced with Gemma but is not interested in her.

Vincenzo is 35 years old, comes from Bitonto in the province of Bari and works as an ecological operator. In his spare time he practices soccer at an amateur level and always performs at an amateur level with theatrical comedies and some cabaret shows.

Letizia is the mother of the tronista Roberta Ilaria Giusti. She is also part of the program in the throne over.