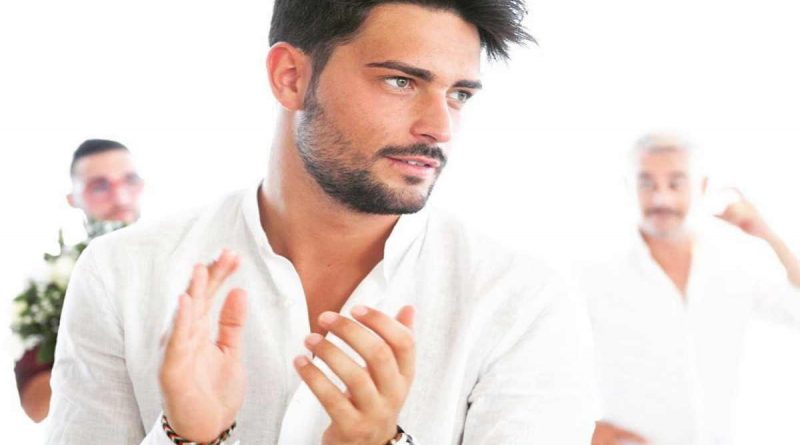 The editorial staff of Digital Global Times contacted the suitor of Men and women Selene Querulo, after exiting the program and breaking acquaintance with Davide Donadei. Here is what he revealed to us about the experience just ended and his burning opinions on various protagonists of the program, and not only …

Read also: The VIDEO of Gianni Sperti’s coming out to Men and Women 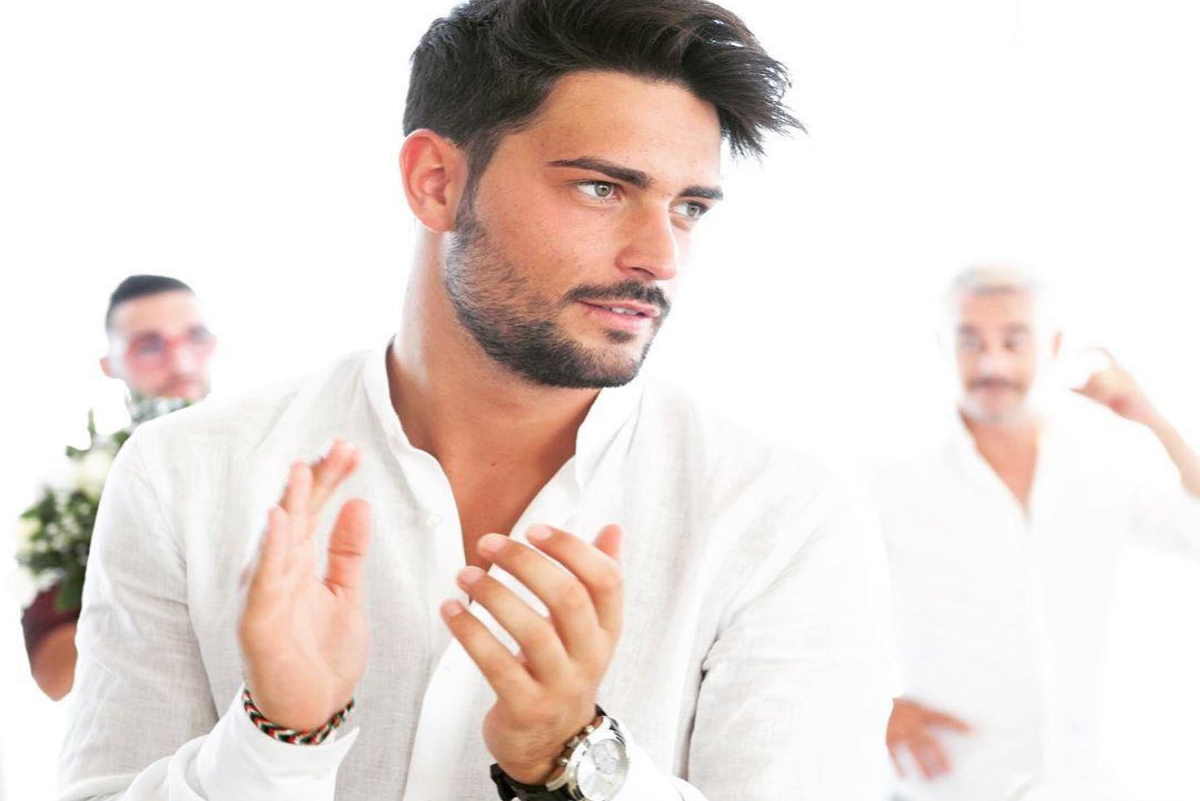 We met Selene Querulo during the journey a Men and women in the role of suitor of the tronista Davide Donadei. The former suitor of UeD she is a girl whose thoughts and words are always on the move, even during our interview she could not stop for a moment and told us outspokenly what she thinks of Davide today, but not only!

Digital Global Times he decided to contact her to get her honest version on the path just ended and on the people she met in this experience. And trust me: Selene didn’t spare herself!

Hi Selene, you often repeat that you are a talkative girl, so today we give you a chance to talk. The first obligatory stop is definitely the tronista Davide Donadei. More or less ten days have passed since leaving the program, what are the sensations? Would you do it all again or did you regret it?

I would certainly do it all again with another head and another belief. I’d take it more lightly. The feelings towards Davide are nil. I don’t feel anything for him. No anger, no resentment, no love… there is no feeling. I just think about it, it happens, I think it’s normal, we were there, you know how it is. You understand that it is a path that however he is continuing without you. But there is, come on …

Initially many of us asked ourselves the reason for your choice and your preference towards Davide. Apparently because Gianluca (the other tronista) with his slightly unconventional spirit seemed closer to you and your character…

Actually yes, it is true. I expressed my first editorial preference for Gianluca. Because absurdly at the beginning I thought that Davide, from a certain point of view, could have bored me for many reasons, therefore, I liked Gianluca more for his free spirit, his way of doing things. Then I don’t know what happened, a stuff of looks, feelings, and I changed. Also for his and my past … Maybe, as many tell me, I played it badly, but I was 100% true, without filters and I went to sensations.

We do not want to ask you uncomfortable questions or force you on important topics that concern your past.

And in fact, the question is about the approach that David had on this topic. From home it did not seem that this key was ever touched or perhaps it did not go into the episode…

No, not at all. What I can tell you, as I also said to him, is that I have no respect for him (Davide). Many dynamics are not seen, but the inconsistency of this man was abysmal. The fact that he didn’t have a minimum of respect, for heaven’s sake, it was my choice to expose myself, but he didn’t care. Just a very superficial person who bases everything on aesthetics.

Davide is a person of whom I have no esteem, a rude person, superficial, not very self-confident… I really didn’t like him. Then I would like it to be specified in large letters that I HAVE ELIMINATED MYSELF because Davide is a person without character and I’m sorry because they have cut a part in which I say that Davide is not looking for a woman with courage to sell, as he says, but a woman with character to buy!

To many, however, it seemed that it was Davide who eliminated you from UeD …

No, no, look, I am talking to Davide twice in the episode. The recording, as we know, lasts three hours. We are talking about that I look at the kiss, I look at the dig, I look at that one, or I look at the other one, and despite everything I do not express myself because it was already closed for me. I was really disgusted, they didn’t get my face back but she was disgusted… a INSIGNIFICANT KISS (the one between David and the suitor Beatrice, ed) and I do not speak with resentment. I didn’t add anything because for me that was the last episode. I called earlier this week Claudio of the editorial staff to tell him that I didn’t even intend to introduce myself in the episode. So that was my last bet for MY CHOICE. Also because shortly before, during the dance, Davide clearly told me that he did not want to eliminate me so if I had played cunning I would have remained calmly.

I don’t want to beg for anything, especially in a two-person relationship. I am a self-confident person, but just a lot. I don’t speak with presumption but I speak with confidence, which is different. I know how much love I can give, so I don’t want to participate in these ridiculous stuff, because in the end it was all really falling into ridicule.

He only lived me in the episode and he also told me. Because he liked my easy-going nature. A CRETIN just, look, I wouldn’t even want to talk about it anymore (laughs ed.)

So, Selene, you are describing a David to us UeD of the series “I would like but I can’t” …

You know what, his lack of character leads him to be unsure of himself. So a woman like me put him in awe, made him look bad. He wanted a woman with the character to buy because he doesn’t have any … and I told him this too.

And what did he answer you?

He felt attacked and pointed out that he didn’t like it as a thing. So he wanted to hear only the things that suited him. So I’m sorry to say, but he’s okay with a like Beatrice. One who has nothing, does not have a reaction, does not have a point of view, does not have a strong identity. One who maybe takes her to dinner and the question “Do you want meat or fish?” he answers «Yes love, you are beautiful!», «Yes, but the meat or the fish?». “You’re wonderful”!

Speaking of Beatrice, you look like two very different girls in many ways.

Yes, absolutely, I regret not saying everything I thought. For example, during the show, in which Davide danced with Roberta, who for me was a unique squalor, Beatrice said nothing. I mean, come on, he had just made a lemonade … When it happened to me that I danced, he had been a moralist on the question of young and old and so on. Then when it suited him, he made the “rub” with Roberta and they looked at each other all the time and Beatrice mutes all the time of the episode.

Davide, during an external show, tells the suitor Beatrice the feeling of hatred towards you regardless of the relationship with him …

Yes, yes, look, a den of vipers … I’m sorry, but I don’t belong to the world of envy and I’m not interested in contrasting myself with anyone.

Selene, just about the contrasts between women, what about the ex tronista Jessica and the bickering you had?

But I didn’t do anything to her … Dunno, probably when the fox doesn’t get to the grapes it says it’s unripe. I don’t know, maybe this character that I have very sure, strong and impulsive can be scary.

But you knew each other before UeD?

No, never seen before.

Selene, during the live broadcast with Gioia di UeD News refer to some reports that have come to you about Beatrice. Have you talked to the editorial staff about these reports? What exactly did they report to you?

So, let’s specify one thing, the report that is made to me is at a character level. I was contacted by a girl who knows her and who told me that Beatrice is not at all the “saint’s shin” that appears in the episode, quite the contrary. Nobody from the editorial staff has contacted me, nor am I going to notify anyone. In the end I don’t care, in fact I really hope he chooses it and gets screwed! You really have to get a knock on the teeth, ‘I’m stoned! (laughs ed) If I had known of another kind of signaling, I would not have said anything, who cares, at least then at the end of the journey maybe there were three of them!

So let’s move on to a report about you! All ‘influencer Deianira Marzano had received a rumor about your acquaintance with a certain Cristian.

No, okay, look, I didn’t really dwell on this thing because this guy is a friend of mine and he’s also engaged. This Deianira, to which I would sue, also says that I am homosexual. Out of her mind, because this one first says “Selen, Seleeena” all these scenes, then she calls me a lesbian, then she says I’m with someone. I say, make peace with your brain or I’m homosexual otherwise you’re calling me bisexual. So I’m bisexual … I don’t want to feed this bullshit.

Ok, so you deny this report. We will clarify it and report what you said about Deianira …

Absolutely, I feel sorry for Deianira. A person who lives on these things, come on … I got him to explain how he could make money by living this squalid life, because it’s an obscene thing that you have to discredit and badmouth other people for a living. Even for this person estimate zero, tu si que non vales and let’s move on to the next competitor!

And let’s move on to Nicola Vivarelli, then…

The circumstance was not created with Nicola. I think he was disappointed about my exit “Who is Nicola?” and I wanted to apologize and explain myself well. Mine was not meant to be an attack. It simply hasn’t created an interest. If I wanted to, I would have tried, but I never wear my hand. If he had asked for my number I would not have prevented myself from deepening a simple acquaintance, even a chat … But it didn’t happen and so that’s okay.

Do you want to say something to conclude?

Look, I’m the classic dog that barks but doesn’t bite, but they don’t have to break my balls when I eat, which then bark and bite you.

We would like to clarify that many terms and ways of speaking of the former suitor of UeD Selene in reference to Davide Donadei did not have tones that presupposed the insult, they were said in an ironic way and in the meaning that an impulsive and direct girl can give.

As for the words used against Deianira, we would like to emphasize that we do not endorse his thought but even in that case we believe that Selene did not realize the weight of certain terms used. Our job is to report what we are told and we are here for that.