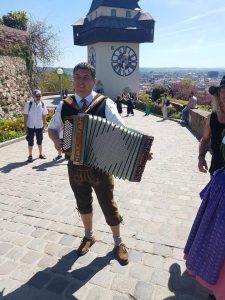 How much does Mensur Suljovic earn as a darts professional?

Mensur Suljovic is one of the best dart players in the world. In his home country Austria he has long been a sports superstar who has also conquered the international darts world. He has been playing at a consistently high level for years and has become an integral part of the top 20 in the world rankings. “The Gentle” was able to get involved in his career Darts prize money of 4.11 million euros throw. In addition, of course, there is sponsorship money and the big money from the dart exhibitions, where the players are rewarded as crowd pullers for show tournaments. We appreciated that Mensur Suljovic’s fortune at 4.5 million euros.

The career of “The Gentle” Mensur Suljovic

Mensur was born in Tutin (former Yugoslavia, now Serbia) and, due to the war, fled to Vienna at an early age, where two of his brothers were already running cafes. In one of his brothers’ Viennese cafes he had already started playing e-darts in his youth (1989). In 1991 the talented Viennese even became European champion and in 1999 even world champion in e-darts. Since 1999 he has also tried his luck in the more popular steel darts. In e-darts, however, more world championship titles were to follow (2001, 2005, 2007) before Mensur switched to the PDC (Professional Darts Corporation).

By participating in the GDC (today PDC-Europe) in 2007 and the surprising 1st place in the ranking list, Suljovic was allowed to participate in the PDC World Championship (2008) for the first time. However, he was eliminated in the second round against eventual winner John Part. Since 2008, Mensur has played all World Cups except 2013, when the qualification didn’t work out. The first major success came in 2011, when he prevailed against the later darts superstar Michael van Gerwen and suddenly defeated James Wade as the first German-speaking player in the round of 16 the World Cup (prize money: £ 15,000). He repeated this success at the 2016 World Cup, where he also had to admit defeat in the round of 16 and was still able to pocket his highest prize money to date of £ 22,000. (Opponent: Adrian Lewis)

It should take until 2016 for Mensur to win his first PDC title. In the final of the “International Darts Open” in Riesa on September 4th, he beat Kim Huybrechts 6: 5 and took home prize money of £ 25,000. Spurred on by this success, he was in the final of the “European Darts Trophy” just a week later and only just had to admit defeat to Michael van Gerwen (5: 6). In October 2016 Suljovic reached the final of the “European Darts Championship” through victories against Phil Taylor and Peter Wright, where he lost again to Michael van Gerwen (1:11). With these top results, Mensur achieved a top 10 placement in the PDC Order of Merit with 7th place.

PDC major title and other successes

In September 2017 the Austrian won his first PDC major title. In the “Champions League of Darts” final he celebrated the triumph over Gary Anderson (11: 9) and conceded his highest prize money ever of £ 100,000. Only 13 days later Mensur won the next “Players Championship” tournament (prize money: £ 10,000) and achieved further strong placements in 2017, which of course meant that he was again qualified for the 2018 Darts World Cup. Unfortunately, after the 2011 and 2016 World Cups, the round of 16 ended for the third time (prize money: £ 27,000). Suljovic surprisingly lost 4-0 against Dimitri van den Bergh.

An incredibly strong 2017 season was rewarded with a wildcard invitation to the “Premier League Darts 2018”. On the ninth game day, however, Mensur retired with only 4 points in the preliminary round. His next title at the “German Darts Masters” in May 2018 (prize money: £ 20,000) was supposed to be a very special one, because in the Veltins-Arena Gelsenkirchen with 20,210 spectators a new one was made World record in darts set up. In June 2018 he also won the “Danish Darts Open” (prize money: £ 25,000), which was organized by the PDC as part of the European Darts Tour.

The year 2019 started off very cautiously for the Austrian. On September 1st, however, he was able to win the “PDC Austrian Darts Championship” home tournament in Vienna (prize money: £ 25,000). 2020 was a very difficult year for Mensur. There were no major tournament successes and he only earned a total of £ 59,500 in prize money.