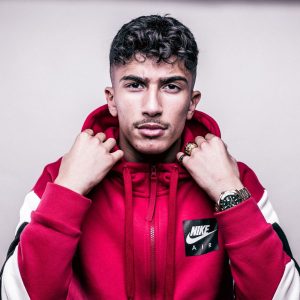 How rich is Mero?

The German rapper Mero (civil: Enes Meral) with Turkish roots was born on July 28, 2000 in Rüsselsheim (Hesse). Mero became known through rap videos on Instagram, but through this he also developed his own style. His tracks have oriental influences and double time parts. Today the rapper has long been established in the scene and has built up a good fortune since then. The cherished Mero assets are 2.5 million euros.

After Xatar became aware of the young artist, Mero signed a recording deal with him in May 2018. At the end of November 2018, the music video became a track Go shooting published, which after a short time generated over a million clicks on YouTube. With that he ended up in the nationwide YouTube charts at number 1.

When the music video was released in January 2019 Hobby hobby published, the great success continued. The track reached over 1.7 million streams in just one day on Spotify alone. With more than He also set a new record on YouTube with three million clicks in just one day. No other rapper had achieved a comparable number of clicks during this period. Mero probably owes his success to the fact that his video was shared by some superstars. Among other things, the footballer Mesut Özil supported him with a posting.

He soon set his own record with the title Cloud 10 break with this it reached about 4.5 million views after 24 hours. His first album Ya Hero Ya Mero was published on March 15, 2019 and went straight to number 1 in Germany.

A millionaire through streaming?

the Selling physical units is hardly worth mentioning, especially with German rap. Some artists now even do without CDs entirely, but the fan boxes (also known as deluxe boxes) remain an exception.

The streaming numbers have been converted into sales units for some time. The BILD newspaper reports that Mero was able to sell around 23,000 units of his debut album. This would mean revenue of 161,000 euros if Mero earned a flat rate of 7 euros per unit. This flat rate is not uncommon for rappers.

The best way to estimate the income of rappers is through Spotify, because numbers are still given here, while other services such as Apple Music or Amazon Music do not display numbers. The exact earnings are unclear, but the earnings can be estimated with Spotify. The service states that about 4,000 to 6,000 euros per million streams are paid out. We take this as the basis for earnings from the five most popular songs by Mero on Spotify.

In addition, around two million listeners listen to his music every month, which means that “Fixed income” of at least 8,000 euros per month results. Taxes, labels and production costs still have to be settled from these sums.

Mero’s YouTube earnings are also strong. With his song Go shooting he was able to build up a large number of subscribers. Today has his channel has over 2.6 million subscribers and the clicks are still impressive. None of his 15 videos have under a million clicks. His most successful video is Olabilir with 160 million clicks. With the YouTube advertisements, Mero also earns cash with every click.

SocialBlade measures the clicks from YouTube channels and the money made from the advertisements. Mero generated a monthly gross income through YouTube of up to 50,000 euros.

The brand value of Mero has increased enormously due to its number 1 hits. This is reflected in his fee, because it was initially around 10,000 euros per appearance. He has this number on the song Kafa Leyla probably also confirmed, because here he raps: “My pocket full of ten mille”.

Since then, his fee has more than tripled as the hype surrounding him continued to grow. According to Mero, he’s now earning 35,000 euros fee per appearance. In his October 2019 tour alone, Mero played 14 appearances, which resulted in gross earnings of around 490,000 euros. But there are also club appearances. It can be assumed that he has already turned over a million euros through live performances alone.

Mero is now actively looking for a sideline, which he has apparently found as an actor. He’s supposed to Leading role in the new boxer series Hazar take over. His manager and mentor Xatar has already been confirmed as the series producer.