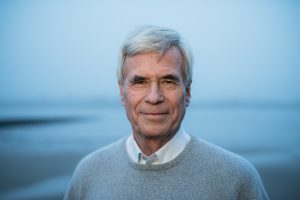 How rich is Michael Otto?

Anyone who knows Otto Versand and the numerous subsidiaries of the Otto Group will have an inkling of how immeasurably rich Michael Otto is as one of Otto’s heirs. In fact, the Hamburg-born resident is one of the richest Germans at all. Michael Otto has an esteemed Assets of 7.52 billion euros. That is, of course, more money than a single person can ever spend in their lifetime. But his two children and the wife of the entrepreneur, who was born in 1943, should definitely benefit from the advantages of his wealth.

Despite his billion dollar fortune, Michael Otto leads a more private and withdrawn life, as is typical for most entrepreneurs of this caliber. The whole family has the father of Michael and Frank Otto, Werner Ottoto owe a lot. He founded Otto in Hamburg as early as 1949. At that time, the group was purely a mail order company. The company has long since conquered the e-commerce sector. Although Amazon was launched earlier, the Alibaba platform only followed after Otto had long been established on the Internet.

Despite several crises, he has proven time and again that the man at the helm of Otto does his job well. After all, Michael Otto is a trained man who Apparently internalized his father Werner’s work ethic. After the Second World War, Werner Otto came to Hamburg as a refugee with his wife and two sons. He started at the bottom. Nevertheless, he managed to build up one of the most important German mail order groups as a family business and make it big. The company, which originally had its headquarters in Hamburg-Schnelsen and has since moved to Hamburg-Bramfeld, was once nothing more than a mail order company for shoes. Now, of course, Otto has a much larger variety of consumer goods on offer.

The career of Michael Otto

While Michael Otto initially did a banking apprenticeship at Merck Finck & Co in Munich, the capital of Bavaria, a degree in economics should follow soon. The entrepreneur’s son completed this in Hamburg as well as in Munich. This was followed by his doctorate, which apparently also impressed his father very much. Werner Otto awarded the title of Management Board member in the field of “Textile Purchasing” to the young Michael in 1971. Just ten years later, Michael Otto had already made it. He became a CEO of Otto GmbH. Hamburg also held this office until 2007. To this day, the somewhat aging entrepreneur continues to work as Chairman of the Supervisory Board of the Otto Group.

But this is by no means the only company in which one of the most successful Otto’s had a hand. At the Axel Springer SE Supervisory Board Michael Otto was a member until April 2014. His role as a partner in Robert Bosch Industrietreuhand KG, which holds 93 percent of all voting rights at Robert Bosch GmbH, should also be mentioned in this context. It can also be said of the extremely rich North German that his family is listed among the richest family clans in the world. In addition, there shouldn’t be anyone in the north of the Federal Republic who is as wealthy as the Hamburg entrepreneur. He is also among the richest Germans.

In 2015, the current Chairman of the Supervisory Board of the Otto Group made headlines in several ways with his fortune. At that time, the global public was not only reminded of how rich the Otto family really is. Rather, you also saw the generosity and social commitment of the entrepreneur. Michael Otto wanted a large part of his private fortune through his majority in the Otto mail order group Donate for charitable purposes. For this purpose, he has set up a new charitable foundation. The shares in the trading group were transferred to her. A certain percentage of these assets should be distributed annually to support various charitable, social, cultural and ecological projects.

But Michael Otto was already involved in voluntary work in the past. In this context are his roles in the environmental foundation WWF Germany as well as the Hamburg-based Society for Politics and Economics. While the Michael Otto Foundation for Environmental Protection is run under the name of the entrepreneur himself, the man from Hamburg has already proven himself as an honorary member of the Word Future Council. Above all, his commitment in the field of sustainability and environmental protection has already earned the prominent man from Hamburg a number of honors. This included the German Environment Prize in 1997 and the Sustainability Leadership Award in 2002.