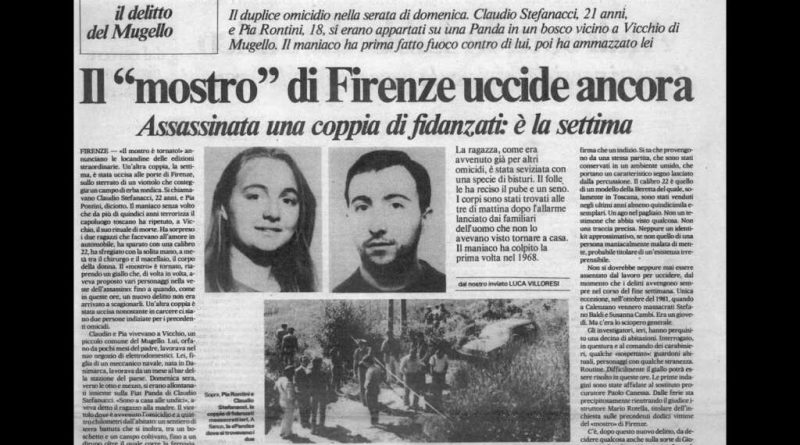 The crimes of monster of Florence they terrorized the area around the Tuscan capital for well over a decade, between the seventies and eighties. Seven couples were targeted, tortured and viciously killed, with no real motive. Let’s find out more about a story that has fully entered the Italian mysteries, between misdirections and conspiracies.

Read: One White Band: Who and How Many Were the Savi Brothers? Where are they locked up? Names, age, prison, photos today

Who was the Monster of Florence?

Those who lived at the turn of the seventies and eighties will surely remember the monster of Florence and the ferocious crimes committed. Seven double murders that took place between 1974 and 1985 in the province of Florence, brutal and cruel to the point of terrifying the couples who used to live their moments of intimacy in seclusion. 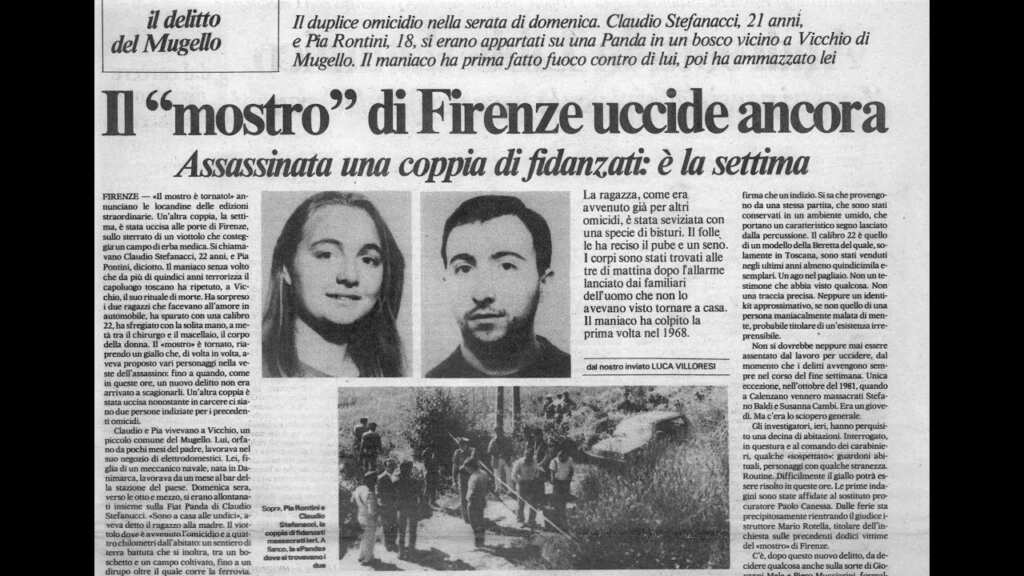 The monster of Florence / Photo: Electomagazine

The investigation launched by the Florence prosecutor’s office led to the definitive conviction in 2000 of two men identified as the material perpetrators of four double murders, the so-called snack companions Mario Vanni And Giancarlo Lotti (I confess). The third, Pietro Pacciani, sentenced in first instance to several life sentences for the double murders committed from 1974 to 1985 and subsequently acquitted on appeal, died before being subjected to a new appeal process, which should have been celebrated following the annulment of the sentence in 1996 of acquittal by the Cassation.

The prosecutors of Florence and Perugia have been engaged in numerous investigations aimed at identifying the perpetrators of material perpetrators for four double murders. During the research some traces emerged that led investigators to hypothesize the existence of instigators of the crimes. The investigations also focused on a possible motive of an esoteric nature, which would have prompted one or more people to commission the crimes. However, both hypotheses had no real basis. 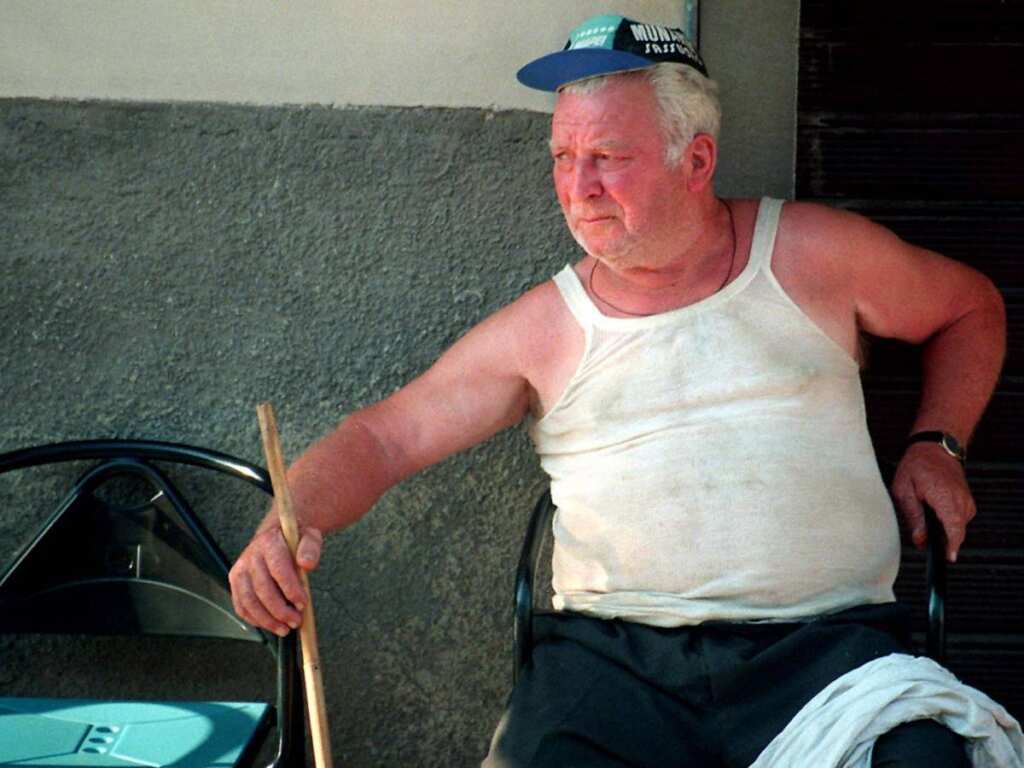 The story had a lot of media coverage as it was the first case of homicides serial in Italy recognized as such and one of the bloodiest in the country.

Pietro Pacciani: what was the monster of Florence doing?

Nicknamed the Vampa because of his irascible character and his youthful past as a fire eater for village fairs Pietro Pacciani has been described as a choleric, depraved and brutal man, regardless of the allegations concerning the crimes of Monster of Florence. In 1951, at the age of 26, he killed the man with whom he had surprised his then girlfriend, Miranda Bugli, in intimate attitudes. After the crime he had forced the girl to have sexual intercourse with him next to the corpse. He was arrested and during the trial he declared something that would later lead him back to the crimes of the monster of Florence. 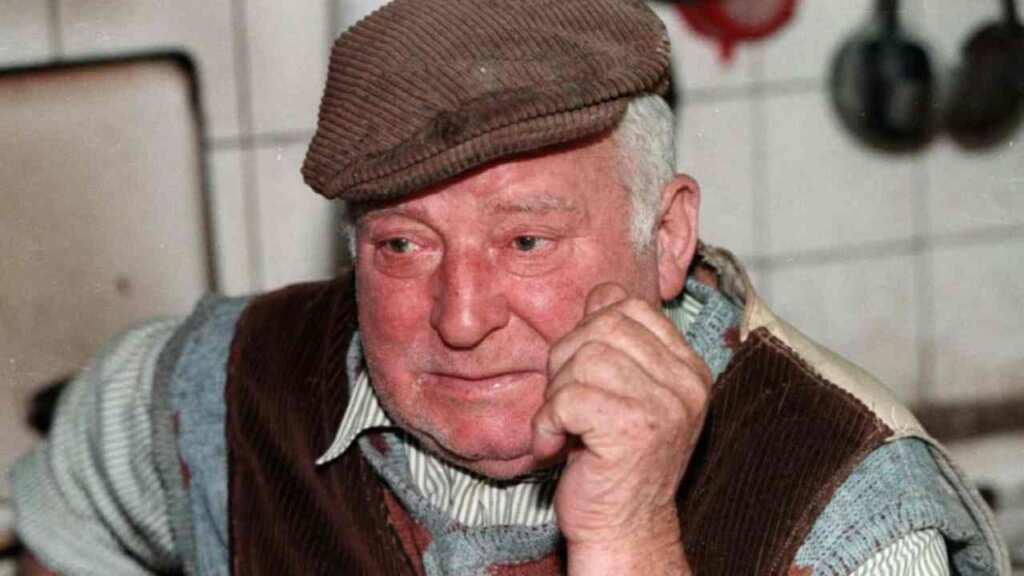 For this murder, Pacciani was sentenced to 13 years in prison which he served entirely in prison. The story caused such a sensation in Tuscany, so much so that it was told by storytellers. The analogy of this crime with those of the monster will be the main clue and the queen intuition that will lead the investigators to seriously investigate Pacciani. During the investigations, the investigators became convinced of the thesis that he could be the serial killer: he would have killed the couples to relive, as a victorious winner, the 1951 crime, raging on the woman, the symbol of the ex-girlfriend who betrayed him. .

The man was one of the main protagonists of the murders: considered Pacciani’s main companion, he enjoyed surprising and killing the couples in the province of Florence. We know that he was a postman by profession, nothing else. Sentenced to life imprisonment in 2000 for only four of the eight double murders, the man was suspended in 2004 for health reasons, as he was suffering from senile dementia. Five years later he died in the hospital of Ponte a Niccheri. He had not been self-sufficient for some time and even during the trial he had shown obvious signs of emotional imbalance. 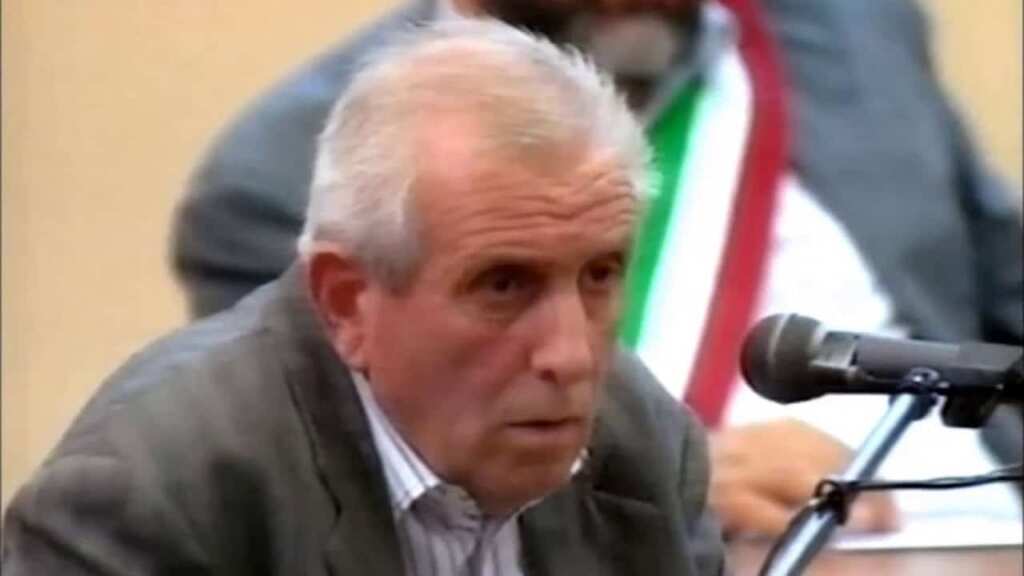 The only confessed offender and the first to die. He died in a hospital in Milan of a liver tumor, manifested quickly and in a short time in a virulent way. He had to serve a sentence of 26 years inflicted for the murderers linked to the monster, even if with his confessions he had Pietro Pacciani and Mario Vanni condemned. 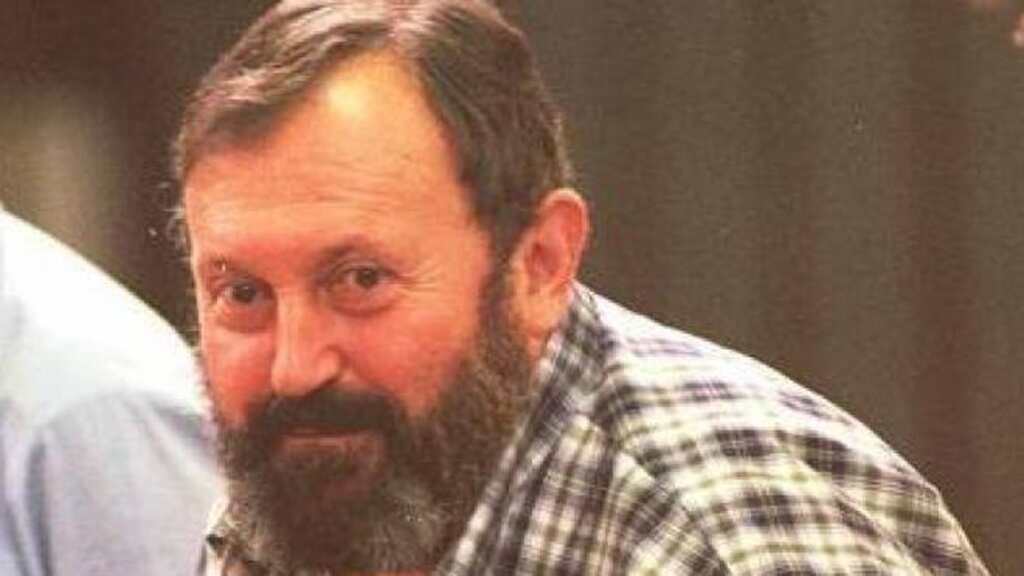 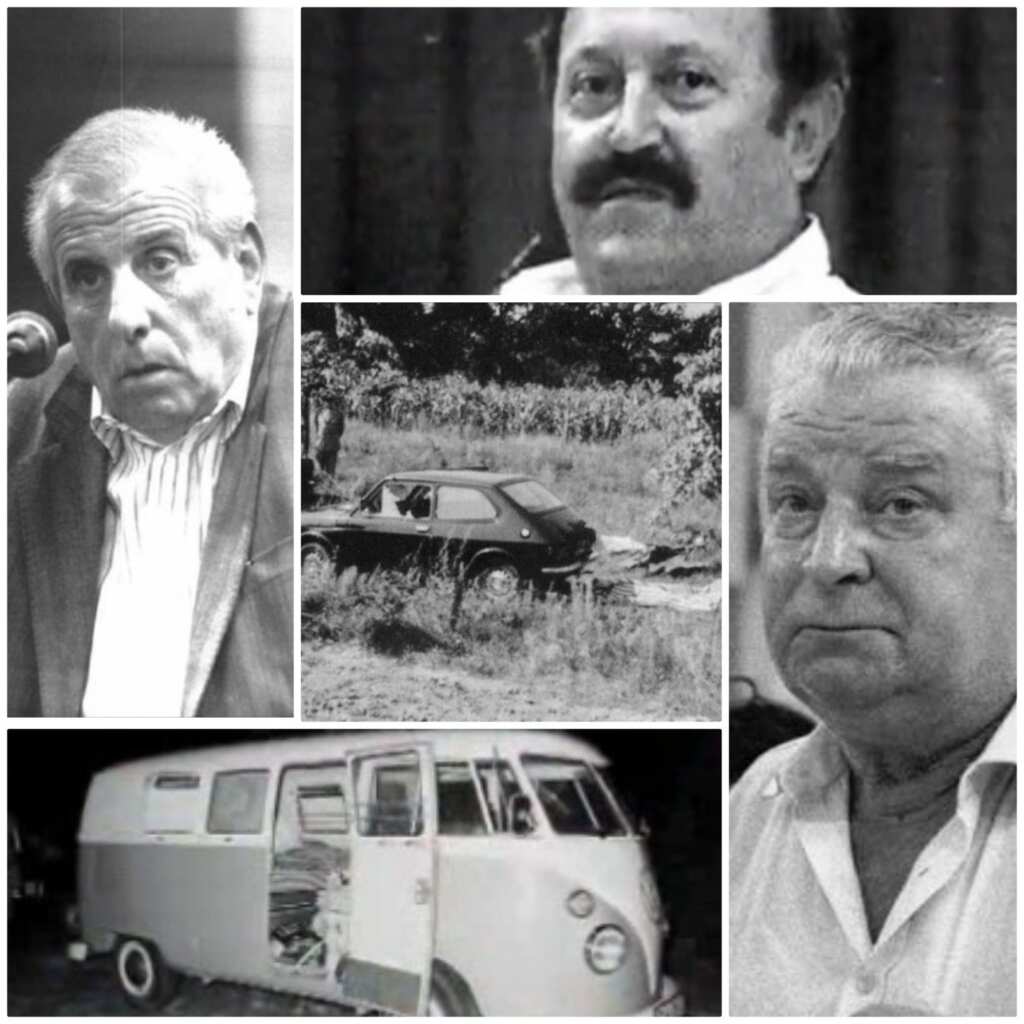 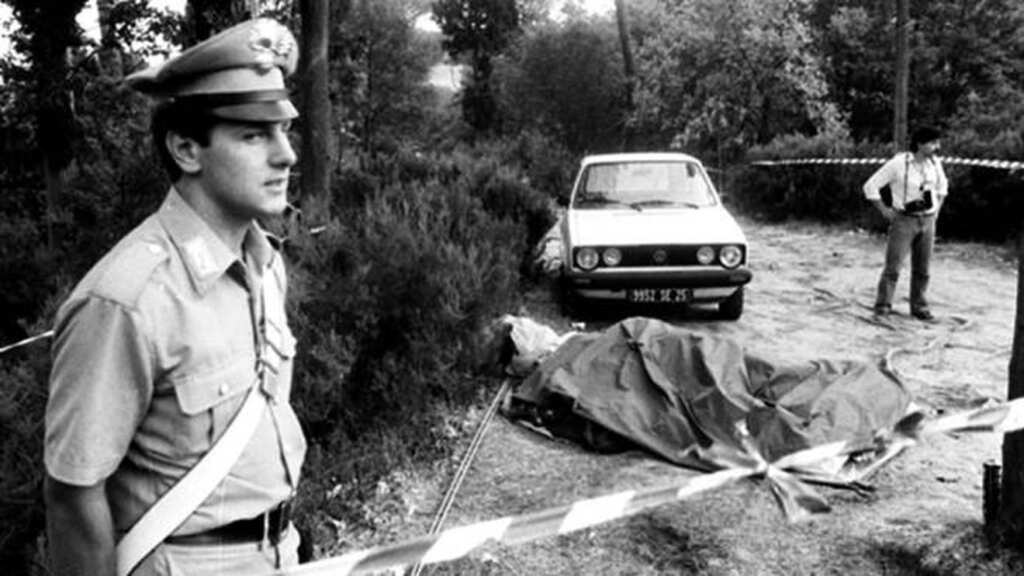 Monster of Florence: one of the places of the crime / Photo: The Nation

The murders of the mostro of Florence they took place over 11 years. The victims were couples of boys killed with similar modus operandi, while they were in secluded places around Florence, on new moon nights, on weekends or on days before holidays. The ambushes took place in the summer and the victims were attacked while they were inside the cars, intent on exchanging intimacy. Generally the type of victims was a couple consisting of a boy and a girl, with the exception of the murders of 1983, when two male boys were killed. 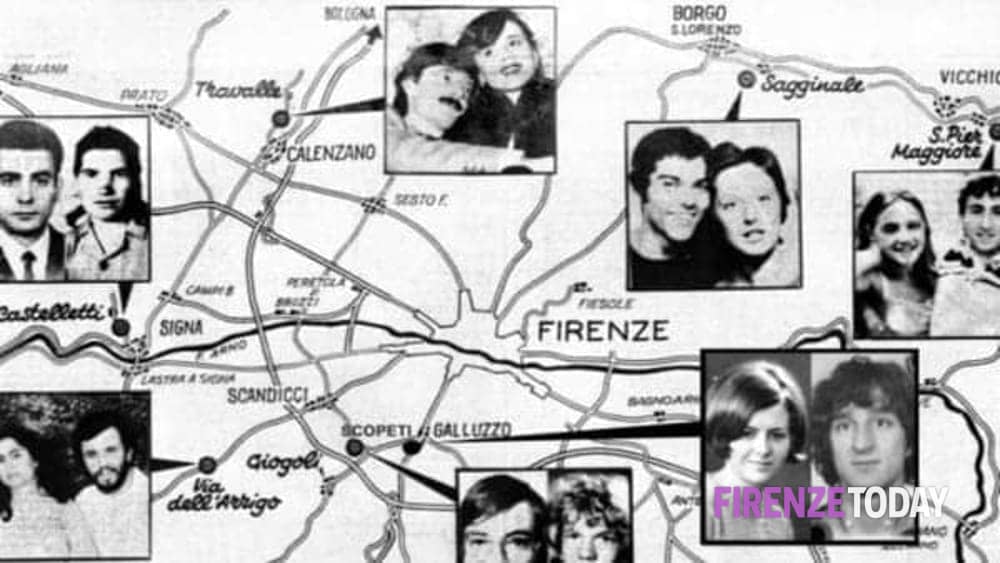 The victims of the Florence monster / Photo: Firenze Today

According to the investigators, one or more sidearms were used: from 1974 to 1985 the same firearm was always used, one Beretta pistol of the series 70 caliber .22 Long Rifle. Typically the serial killer preferably shot the male victim first and then the woman. The female victim, when she underwent the excisions or was tortured with the cutting weapon, was dragged, moved, removed from the car and from the partner. Often the victims, especially the male ones, also suffered post-mortem stab wounds. In four of the double murders, the killer removed the pubis of the female victims, using a white weapon; in the last two cases he also cut and removed the left breast from the bodies. 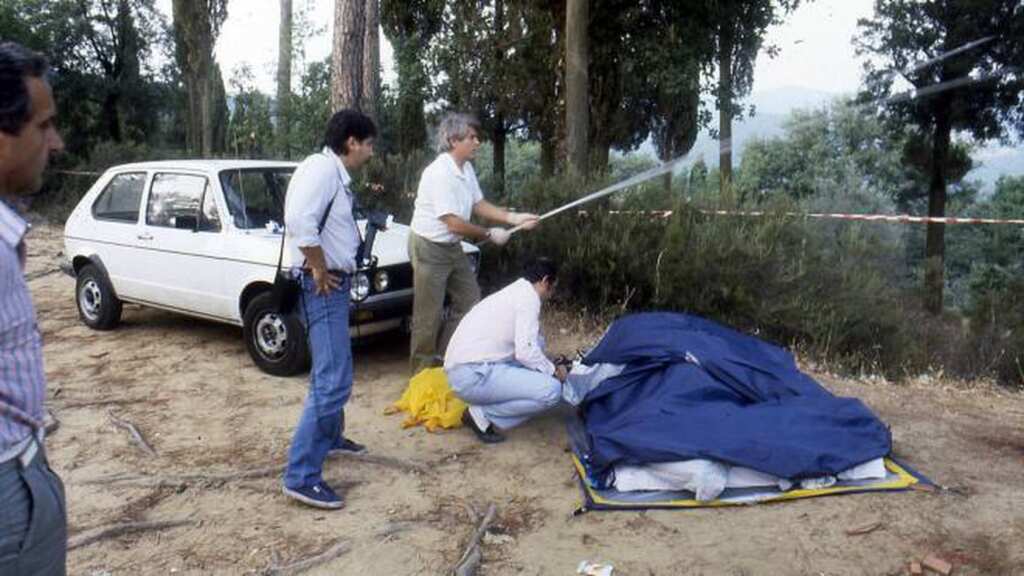 Monster of Florence: one of the places of the crime / Photo: The Nation

Theater of the crimes of the Monster were unpaved country roads or hidden pitches frequented by couples around Florence (Signa, Borgo San Lorenzo, Scandicci, Calenzano, Baccaiano, Giogoli, Vicchio, Scopeti). This led to the belief that the monster was a person who knew sufficiently the area where the crimes took place and who, in some cases, had followed the victims before killing them. The profile of the killer that emerged from the investigative activity of the 1980s was that of a right-handed man from the area, hyposexual, fetishist, of normal or above average intelligence.

Identikit of the monster of Florence

It was the managers of a diner, father and son, who made the identikit of the monster of Florence. Tall, sturdy, burly, round face, short, reddish and balding hair. It was August 1, 1984: at the Carabinieri station in Borgo San Lorenzo, Pietro and Baldo Bardazzi have something to say about the seventh crime of the monster. This is the murder of Pia Rontini and Claudio Stefanacci, which occurred two days earlier in Vicchio, in the locality of Boschetta di Dicomano. 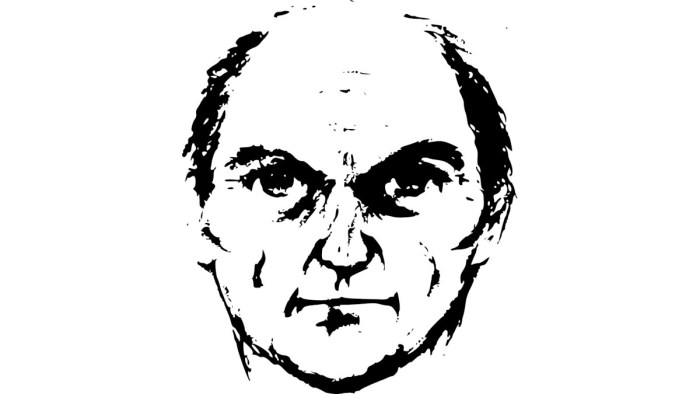 Victims of the monster of Florence

For eleven years the monster of Florence tortured and killed sixteen people in eight crimes, all heinous and violent:

To not miss any news on this and more you can follow Digital Global Times clicking HERE.