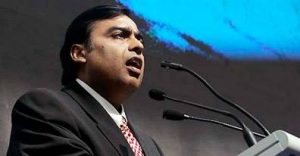 How rich is Mukesh Ambani?

Mukesh Ambani was born in Aden (Yemen) on April 19, 1957, and his family moved back to India with him a year later. The main reason was that the family could open a shop again in the field of textiles and spices. The family stayed in a modest two-bedroom apartment near Mumbai until the 1970s. The financial situation improved slightly, but the family was not financially secure despite the commercial business. Today Mukesh Ambani is one of the richest people in the world. The cherished Mukesh Ambani net worth is 80.58 billion euros.

The richest person in India

As a teenager, Mukesh Ambani often played soccer and hockey. He also explored the surrounding areas in India with friends. The scholastic achievement was average, the grades were of no importance to his father either. Rather, he paid attention to the overall performance. Apparently this was also a crucial point for his career. As chairman and managing director of Reliance Industries, he was able to generate total assets in the billions. Mukesh Ambani is that richest person of India.

The career path of Mukesh Ambani

He and his brother attended Hill Grange High School. Later he also completed the Chemical engineering degree at the Institute for Chemical Technology. Then he wanted to go to Stanford University – but he gave up these plans.

He wanted to quit his school career so that he can help his father build his company. His father Dhirajlal Hirachand Ambani founded the Petrochemical company Reliance Industries. It was a very small company at the time, but it kept growing.

When Mukesh Ambani joined the company in 1981, the company had already expanded into refining and petrochemicals. This also resulted in business relationships with retailers and with products and services in telecommunications.

After the business had expanded further, the financial breakthrough came. Meanwhile Ambani is Always been the wealthy man of India for over ten years and one of the most powerful people in the world. Mukesh Ambani is richer than Jack Ma, the successful entrepreneur from China. In July 2018, Ambani was also named the richest person in Asia.

Having already won everything in a business sense, it led him back to sport. He took over the Indian Premier League franchise and Mumbai Indians founded the Indian Super League (Football League in India). In 2012 he was named the richest sports owner in the world.

Wealth has long since ceased to be hidden and so show weddings are held and bizarre buildings are erected. According to Indian tradition, the wedding costs must be borne by the bride’s family. Mukesh Ambani spared no expense or effort for the wedding of his daughter Isha. The richest person in India has paid around $ 100 million for the week-long wedding celebration. The price also included a performance by Beyoncé. With these costs, the Ambani family caused a sensation in the world press at the end of 2018.

Before that, however, he moved to his Antilia at the end of 2010. This is the private home of Mukesh Ambani in the center of Mumbai. This home is 173 meters high and comprises 37,000 square feet on 27 floors. This includes a private clinic and its car collection, which occupies six floors in the house. the Antilia construction costs were around 50 to 70 million US dollars, according to his spokesman.