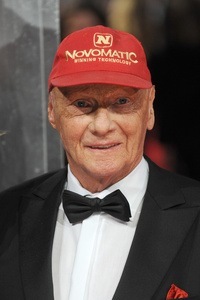 Niki Lauda is not only considered a legend in Austria or Germany, no, he is known all over the world. Thanks to his financial skills and the numerous successes he has celebrated in his life, he earned it according to various estimates Assets of over 200 million euros. He was one of the 100 richest Austrians. Initially financed his races through several private loans, he was able to rise to the most important personalities in racing. He was considered very stingy and an absolute savings master who turned every penny twice before spending it. On May 20, 2019, Niki Lauda was to go away forever.

Also was Niki since 2012 chairman of the supervisory board at Mercedes AMG F1. His base salary was 750,000 euros per season. However, there were nice bonus payments in the contracts for successes. And as we know, Mercedes was able to win the world championship title under Lauda in 2014-2018 with its drivers Lewis Hamilton and Nico Rosberg. That also meant bonuses worth several million euros for Niki. It was also he who installed Head of Motorsport Toto Wolff in 2013, with whom the success for Mercedes came back.

The drivers for the Mercedes team are deservedly at the top of the Formula 1 payroll. Nico Rosberg, 2016 world champion, announced his retirement after winning the title, which is why he was replaced by Valtteri Bottas for the 2017 F1 season.

In 2013 Niki Lauda and his Formula 1 rival James Hunt at the time were dedicated to the film “Rush – Everything for Victory”. In the English-German production, Lauda was portrayed by the German actor Daniel Brühl.

The career of Niki Lauda

In contrast to most of the current Formula 1 drivers, Niki Lauda was not fortunate enough to be able to enjoy kart racing through his parents, as his family was strictly against becoming a racing driver. Its big advantage, however, was that as a Formula 1 driver at that time you could be much older than you are today. From the age of 15 when he drove his first car – a VW Beetle – he could still fight for his entry into motorsport, while most current Formula 1 drivers at this age are already driving in a higher championship such as Formula Renault etc. .

He didn’t earn a shilling for his first years in motorsport. On the contrary: he had to start his racing career, for which he did not receive any financial support from his family at various banks loans take up.

It was only at the age of 19 that he contested his first professional race in an original Mini Cooper S, with which he took second place. As a result, he drove more races with mixed success. In particular, his time in Formula 3 was characterized more by violent accidents, all of which he survived lightly, than by outstanding performances. He himself did not feel comfortable in this formula, thought the cars were undrivable, the drivers were insane and switched to Formula 2 in 1971.

His main problem at that time was the money: While many current drivers today can “run up” through the various formulas and this is possible due to their sponsors, Niki still had to finance a large part of his career by himself.

He had the goal of Formula 1 clearly in focus. In 1971 he switched from Formula 2 directly to Formula 1 Team March Ford Racing. But in order to be able to afford a cockpit, he had to complete numerous races in the front seats in order to earn enough money. Among other things, he drove touring car and sports car races, was largely successful and was able to win the 1973 24-hour race in the “Green Hell” – as the Nürburgring is affectionately known by racing drivers.

As already mentioned, his first time in Formula 1 at March Racing was characterized by the fact that it was not the racing team or sponsors who paid Lauda, ​​but instead, conversely, Lauda had to pay the racing team. And that was by no means a small one: in his second season for March Racing (Ford) in 1972, he had to do one Take out a loan of 2 million shillingsn to be able to secure his cockpit.

He drove the first strong race in Formula 1 the following year for the BRM team, when he was able to keep a Ferrari far behind him for a long time, which prompted him Enzo Ferrari offered a contractfor which it should be paid for the first time. In the same season, this success was accompanied by a brief moment of defeat, when he simply drove past driver Roger Williamson, who was burning in his car, like many other drivers. This was interpreted very negatively in the press, with many of the drivers driving past saying after the race that they simply had not been able to overlook the situation.
In 1974 Lauda delivered a solid performance, but missed the world championship due to frequent Ferrari failures. But already in the following year these could be reduced and so Lauda won his first world championship in 1975.

Lauda contested the 1976 season with his Ferrari just as confidently as the previous two, only that his vehicle was even more reliable than in previous years. Nevertheless, a horror crash occurred on the Nürburgring, which at that time still included the Nordschleife, the cause of the accident is still unknown today, as the team had never taken an official position on this. Lauda himself suspects that the left-hand drive was damaged in the rear and caused the car to break away. He pulled himself violently Burns on the face toobefore he was rescued by some fellow drivers. However, this accident should not prevent Lauda from continuing after two races that had been suspended.

A year after his accident, Lauda won his second world championship, however, temporarily withdrew from Formula 1 in 1979. Off the racetrack he founded his own airline Lauda Airwhich later partially, then completely, was transferred to Austrian Airlines. To support the new name, he drove again for Formula 1 in 1982 and became his own sponsor. Nevertheless, his comeback was by no means unsuccessful: from the start he showed rock solid performances and was only one point ahead of Alain Prost in the extremely exciting 1984 season world champion for the third time.

After Lauda had withdrawn from his airline Lauda Air and this de facto no longer existed as an independent company, He founded NIKI in 2003 from the remnants of the insolvent Aero Lloyd Austria, which is now part of Etihad and Air Berlin.

In the 1990s he restructured the then unsuccessful Ferrari team, recommended the then still young Michael Schumacher to the team and then signed a contract with RTL as a moderator or expert. For this activity Lauda alone earns around 1.26 million euros per year, that’s the equivalent of 70,000 euros per race weekend. From 2016, Niki only worked for RTL on a few racing days because he wanted to concentrate more on his new tasks. In the last race of the 2017 season, however, Niki announced his departure as an RTL expert in front of the camera. He worked for the private broadcaster for a total of 21 years.

Thank you Niki for 21 great years. It was a great pleasure for me! pic.twitter.com/XBeKAPiI6f

The possessions and assets of Niki Lauda

Until 2012, Niki Lauda owned a luxury villa in Ibiza, which he sold for 4 million euros. He also owned an original Ferrari 288 GTO, which, according to “Welt”, he sold simply because he was tired of constantly having to wipe off his children’s fingerprints.
In Vienna itself he owned a no less luxurious villa, the price of which is estimated to be between six and nine million euros should have been, as OE24 wrote.

After Lauda had sold his airline NIKI to Air Berlin in 2011 and also his Bombardier Challenger 300 (private jet), he had a brand new one Bombardier Global 5000 valued at approximately $ 40 million done. at 200 million euros in assets also a bargain.

Since 2013, Lauda has held 10% of the Formula 1 Team Mercedes and has benefited financially from its success. He himself acted as chairman of the supervisory board.

Fight for FlyNiki and the Air Berlin bankruptcy

Due to the bankruptcy of the airline Air Berlin 2017, Niki Lauda was able to buy back the airline “FlyNiki”, which was sold at the time, for 30.3 million euros plus 16.4 million euros for ongoing operations in January 2018 after a long tug of war. With his company LaudaMotion GmbH he bought the shares, but he could not get the trademark rights back into his possession, which is why the restart had to run entirely under the brand “LaudaMotion”. In addition, 15 machines should already be available for the new start. In the industry it was said that around 150 million euros in investments were necessary so that the airline could be completely rebuilt. At the beginning of 2018, Ryanair took over a stake of 24.9% and increased it to 75% by the summer. By December 2018, the remaining 25% of Lauda’s property had also been taken over. Therefore, Laudamotion is a 100% subsidiary of RyanAir. How much Niki made in total on the deal will remain a secret forever.