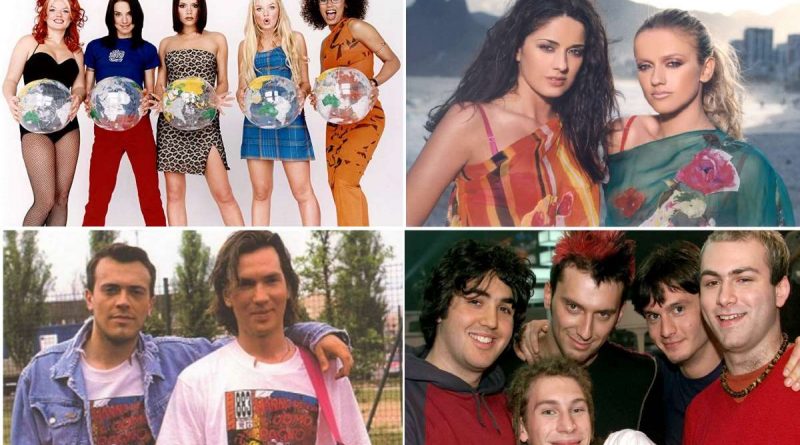 Tommaso Paradiso’s farewell to TheGiornalisti has thrown many fans into utter despair. Their popularity, which came in late 2016 with the song Completely, has made them one of the most loved bands of recent years. Their farewell will be discussed for a long time to come, but in the meantime both Tommaso Paradiso (soloist) and the other members of Thegiornalisti have communicated that they will continue their musical journey in parallel.

However, it is not the first case of a band that splits up and the frontman decides to continue as a soloist. And it’s not, of course, the first time fans have been digesting such a toad. Let’s see the most famous cases in Italy and abroad.

One of the most striking examples in Italy concerns the Lunapop. The Emilian band, led by a young man Cesare Cremonini, managed to conquer two entire generations between the nineties and early 2000s. The album Squerez was a resounding success with songs like 50 Special or Something big. In 2002, however, something breaks and Cremonini (together with Dance) decides to break away, managing to build an incredible solo career that has allowed him to conquer stadiums throughout Italy.

Another great example of a group that divides is the 883. A few years older than Lunapop, the band made up of Max Pezzali and Mauro Repetto made many young people dance during the nineties with successes that have entered the head of each of us. In 2002, however, Max Pezzali decides to quit with this experience and to give life to his solo career. Will sing beautiful songs like The world with you, You are fantastic or The strange path, entering a more romantic genre and breaking away from the party style of 883.

Always remaining in the Italian panorama, but going back a little in time, the division of Pooh undoubtedly marked an era. The band, in fact, in 1973 saw Riccardo Fogli leaving the group after a crazy success in previous years. The Poohs, however, were able to take the blow well and went ahead by replacing Fogli with Red Canzian also winning Sanremo in 1990 with Lonely men. The definitive separation, however, came on December 30, 2016, following their very last concert together (in which Fogli also took part).

With the birth of the Litfiba, in Italy they took punk and rock, fascinating many people between the eighties and nineties. Already in 1990, however, they were left alone in the group Piero Pelù and Federico Renzulli who have decided to hire three other figures. There Tetralogy of the elements, which began in 1990 with the album El Diablo, proved to be a resounding success, but in the 1999 Piero Pelù decided to leave the group due to internal disputes and for the criticisms received from fans who did not fully appreciate the musical turn with more commercial sounds.

Crossing the Italian border, we arrive in Europe, where the dispute between Noel and Liam Gallagher, brothers and members of the Oasis, it never ended. The two were two iconic figures of the pop rock-brit writing and singing amazing hits like Wonderwall or Stop crying you heart. In 2009, however, the patatrac! Here is Liam Gallagher’s statement: “Oasis no longer exists, I think we all understood that. It’s over“. Even today, after many years, peace is still taboo in the Gallagher household.

The boys and especially many girls of the nineties have had a musical infatuation (and not only) for the Blue. The English band, made up of four talented (but also very beautiful!) Guys, between 2001 and 2005, was able to sell 15 million copies worldwide and go on a long sold out tour. With the cd One Love have conquered all of Europe, with songs like Sorry seems to be the hardest world (cover by Elthon John, sung with him) and consecrate themselves with the album Guilty of the following year. In 2005 they decide to disband and to pursue a career as a soloist, without however being able to obtain huge acclaim.

Six Blue were the symbol of British pop music of the early 2000s, i Take That marked that of the early nineties. The group, consisting of five singers, including Robbie Williams, is still very much loved today. THE Take That they climbed the charts with singles like Pray, Relight My Fire, Everything Changes And Back For Good, but in 1995 – on tour – Robbie Williams decides he wants to leave the group. Everything else is history: Williams, as a soloist, was even more successful than the Manchester band.

Six Take That were the “gym” of Robbie Williams, the NSYNC were that of Justin Timberlake. The American group, formed in 1995, was the fifth boyband of all time in terms of sales. After problems with record companies and managers, they reach international success thanks to hits Bye Bye Bye, It’s Gonna Be Me, This I Promise You. In 2002, Justin Timberlake decides to go solo, achieving musical fame and sex-symbol status.

Paola & Chiara, the little sisters of Italian music, began their career in 1997, when they showed up at the Sanremo Festival dressed in the same way and, in unison, they sang Friends like before. For years, the queens of summer, collecting one success after another. Memorable the catchphrases with which they made Italy and the rest of Europe dance: Vamos a bailar, Long live the love, Festival, Until the end, Kamasutra, Blue, Rain in the summer. In 2013, like a bolt from the blue, the announcement: Paola & Chiara have decided to separate permanently. Today Paola continues to sing (this summer he launched the hit The eyes of forgiveness), while Chiara turned to acting.

They certainly don’t need any introduction: it’s there Spice Girls, five volcanic and talented girls, who in a very few years of career have sold over 100 million records. Their career began in 1996 with the hit Wannabe, which has been a resounding success all over the world. In 1998, like a cold shower, the unexpected announcement came: Geri Halliwell has decided to leave the band and pursue a solo career. Spice, although they officially ended the project in 2000, reunite whenever the music calls them: they did so in the 2007, In the 2012 and, more recently, insummer 2019, on the occasion of a tour that was sold out on each of the thirteen dates.