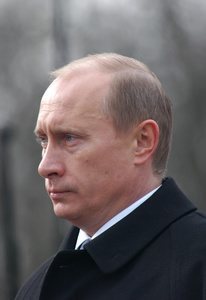 The Panama Papers are currently on everyone’s lips. This is mainly due to the fact that in connection with this scandal it has now become known how many high-profile celebrities and athletes have run mailbox companies. The scandal was only triggered by the fact that there was an incredibly large data leak at Mossack Fonseca, the law firm that takes care of precisely such concerns of many prominent customers. Such mailbox companies are not just about tax evasion, as these companies are sometimes even used for criminal activities. In principle, setting up such a letterbox company is not a criminal offense. So it really depends on what happens to the company in question. Tax evasion, along with terrorist financing and money laundering, is just one of the possible reasons why such a mailbox company was even set up. In addition to tax evasion, the letterbox companies, which are mainly located in Panama during the current scandal, can also be used for tax avoidance, which in turn is located in a legal gray area, but is of course not welcomed.

Not only celebrities and heads of state are currently in the focus of the global media due to the scandal. Many banks have also participated in the process and the British HSBC alone is said to have a total of around 2,300 letterbox companies in Panama. Even German banks are said to have supported their customers in setting up such letterbox companies. In Germany, too, the state will deal more closely with this topic and possibly have to bring about corresponding changes in the law so that such scandals cannot even arise in the future and the people concerned from business and politics are held accountable. But who are they now, the most famous celebrities, athletes and politicians, whose image is likely to have been scratched in connection with the Panama Papers?

the Russian head of state Vladimir Putin allegedly involved in this scandal, with Russia rejecting these allegations and instead insisting that these negative headlines are rather an attack by the West against Putin. In fact, there are around 100 names of high-ranking politicians in the Panama Papers, and Putin’s name is not among them. Nevertheless, Putin is often mentioned in this context because some of his closest confidants are said to have opened such letterbox companies in Panama and are explicitly named in the leaked data set. One of them is there Sergei Roldugin, the christening part of Putin’s first daughter, who continues to be a close friend of the family. In addition, other KGB colleagues, a cousin of Putin and the wife of Putin’s press spokesman are linked to this scandal.

The Panama Papers also caused a lot of unrest in Ukraine, as the country’s president, Petro Poroshenko, is also mentioned in connection with the data leak. Other ministers should use the services of the Law firm Mossack Fonseca so that the political situation in Ukraine, which has been marked by unrest in recent years, is unlikely to be any easier in the near future. The scandal even extends as far as Saudi Arabia. Because even Salman ibn Abd al-Aziz is said to have financed luxury apartments in the British city of London through such offshore companies. So far, however, the Saudi Arabian royal family has not commented on this. The situation looks even worse in Iceland, there Prime Minister Sigmundur David Gunnlaugsson should also have dirt on the stick. In the meantime, the man at the head of Iceland has even announced his resignation, so that there could be new elections soon. Above all, the fact that Iceland’s prime minister had spoken out publicly against tax havens in the past means that this scandal has put his credibility into question all the more.

The fact that the footballer is now defending himself by not knowing what was in the contract documents and wanting to defend himself does not necessarily make Lionel Messi more sympathetic. After all, it has now become known that Messi is alleged to have evaded a total of 4.1 million euros in taxes. Even though Messi had to answer in court in May, he probably doesn’t have to fear jail time. After all, the athlete has already made a good 15 million euros in back taxes.

Corruption allegations against the world football association Fifa are also nothing new, even if the critical voices in connection with the Panama scandal are again particularly loud. The name of the ex-president of Uefa, Michel Platini, can also be found, for example, in the Panama Papers document. However, it is Juan Pedro Damiani arguably one of the trickiest names on the list. Because the lawyer, who in the “SZ” has even been dubbed the “letterbox king”, is a member of the Fifa ethics committee, although his moral compass does not seem to be particularly well placed. The man who was supposed to fight corruption within Fifa is now connected to a completely different type of corruption on a seemingly immeasurable scale. Even the new president of Fifa, Gianni Infantino, is apparently also involved in the scandal.

In Germany you also have to ask yourself what happened to Nico Rosberg. Because he is allegedly not supposed to have a contract with Mercedes, the racing team for which he regularly works in Formula 1, but, according to reports by the “SZ”, should also be paid for by a mailbox company.

The top names from the Panama Papers scandal

In conclusion, we would like to summarize some of the top names from this scandal, which currently seems to dominate the international media landscape:

With over 200,000 letterbox companies listed in the Panama Papers, this scandal is likely to have far-reaching consequences for many stars from film, music, sports and business.