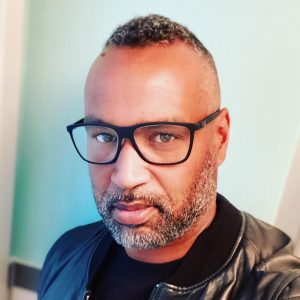 How much money does Coach Esume have?

Patrick Esume, better known in public as Coach Esume, was a football player for several years. At the age of only 26, he ended his career as an athlete and became a coach – both for football teams and for the fitness of other athletes. He also appears as a moderator, book author and podcaster. The cherished Patrick Esume’s net worth is € 1.5 million.

What Patrick Esume earns money with

Patrick Esume has a whole range of sources of income: As a football team coach he earns just as much money as he does as a fitness trainer for other top athletes. He is also one of the most popular commentators and experts when it comes to broadcasting American football games on the ProSieben (Maxx) show ranNFL. The income from this job is currently his main source of income. Patrick is also the presenter of various TV shows and runs the successful football podcast Footballbromance together with Björn Werner. He has also written a book about the football hype and he sells clothes through his own fashion label “CE”.

Sport in the blood

Patrick Esume was extremely athletic even as a teenager. He played for the Hamburg football club Union 03 Altona at a young age. In 1992, the then 18-year-old turned to football and joined the Hamburg Silver Eagles on. He played either as cornerback or as safety. A cornerback occupies the outer position in a team’s defensive line and prevents runs from and passes to the opponent’s fast wide receivers. A safety analyzes the attacking play of the opposing team and is supposed to intercept deep passes from its quarterback.

In 1995 the Hamburg Silver Eagles disbanded and Patrick Esume joined the Hamburg Blue Devils. In his first season for the club, he reached the final of the German Bowl, the German championship in football. There the Devils lost to the Düsseldorf Panthers. In the 1996 season, Hamburg finally won the German Bowl with Esume. They also won the most important trophy in European football with the Eurobowl. In 1997 and 1998 they managed to win the Eurobowl two more times, and in 1998 they reached the final of the German Bowl again. After the 1998 season Esume moved to the lower class Hamburg Wild Huskies, where he also became a member of the coaching team.

From player to coach

In 2000, Patrick Esume decided to withdraw further and further as an active player. He hired the Blue Devils as an assistant coach and as such coordinated the team’s defense. If the staff ceiling was too thin, Esume could still be set up. After the 2000 season he finally ended his career as a player and made his coaching license. In 2002 he joined the coaching team of Frankfurt Galaxythat was then in the NFL Europe played. With the club Esume won the World Bowl in 2003. Two years later he returned to his hometown Hamburg and became one of the Trainer of the NFL Europe Club Hamburg Sea Devils. Esume won the World Bowl with them too, namely in 2007. Parallel to his involvement in Germany, he received scholarships to be an assistant coach for the NFL clubs Oakland Raiders and Cleveland Browns for a short time. This made him the first German to be part of the coaching team in the best football league in the world.

Esume took his first job as head coach in 2009 at the French club La Courneuve Flash, with which he immediately won the national championship. He then went to the Kiel Baltic Hurricanes and won the German Bowl with them as head coach in 2010. In 2014, the Kiel team also won the European Football League under Esume’s leadership. At the end of 2014 Esume became the coach of the French national football team and won the European Championship with her in 2018.

Due to the many activities that the coach pursues outside of the coaching life, he currently no longer wants to lead a football team as head coach. Esume has been Defensive Coordinator in the GFL team “Elmshorn Fighting Pirates” since the 2020 season.

Commissioner of the European League of Football

The new European American Football Super League is scheduled to start in June 2021. One would like to set up a format similar to that of the NFL Europe back then and continue to strengthen the sport in Europe. The league will initially consist of eight teams (6 of them from Germany) and will be increased to 20 teams in the coming years.

Further activities from the coach

Patrick Esume is always active as a fitness coach for various athletes. He trained, among others, the boxing world champions Ruslan Chagayev and Maria Lindberg. In the second half of the 2019/2020 season he was an intern at the Hamburger SV football club. In addition to such activities, Esume also works as a commentator and expert on football games and as a presenter of TV programs for ProSieben and RTL.

In 2017 he brought his autobiography “Believe the Hype” onto the market and then presented it in live performances all over Germany. Together with Björn Werner he also produces the podcast “Football Bromance” 💋👁 – nickname: Black Hammer.