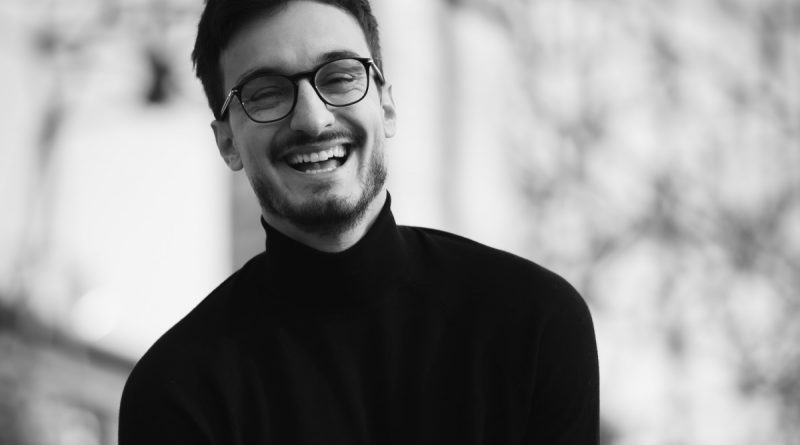 Andrea Dianetti he is Roman, likeable and easy-going. His career started from the talent show Friends and from there it never stopped. Of course, it has changed, as have Andrea’s own ambitions, but proceeds at full speed. The projects are many and the future is bright for this young and promising actor and host; we interviewed him for you and this is what he told us!

The words of Andrea Dianetti

Let’s start from the beginning; you participated in Friends now some time ago and your career started from there. What has happened in recent years?

Well certainly there have been many changes on a professional and personal level. The difficulty is always in understanding what one wants to do; there is this dualism between what you want to do and what you can do. Or very often you think you want to do something, but then you find that it is not what is right for you. At that point you have to downsize and realize that the road you would like to take is different from the one you are taking. Luckily, little happened to me, I never completely upset my ambitions, but I often had to downsize the ideas I had.

Also because you have grown up in the meantime …

Exactly. At the beginning I was more focused on the acting part, going on – instead – I found that I like more to present and make people laugh. A bit like Bonolis who offers an all-round show: he loves to lead, but also to have fun and entertain. I understood this in the course of construction.

Thanks to Friends, you met a person who is still very important to you: Diana Del Bufalo. They often criticized you, they questioned your friendship. What do you feel like saying about your relationship and the gossip about it?

Fortunately there have not been many criticisms; they often ask us why we don’t get engaged and the only thing we can answer is that we are just friends. Because there is also friendship between man and woman and this must be recognized. It didn’t have that kind of attraction with her, but we’re so similar on some things and the best way we can fit in is with friendship. People have to surrender to the fact that two people can be just friends.

You recently took part in the play Three men and a doghouse, in which you collaborated with Leonardo Bocci and Alessia Fabiani. What can you tell us about this experience?

It was a very fun experience, with us there were also Gabriele Carbotti and Martufello. We were all different characters from each other and it was hilarious to see how we managed to get in touch having different styles, different ways of acting and obviously different experiences. It was also a great success and the numbers testify to it: the room was occupied for 90% in all the evenings in which the reruns were held … and we are talking about twenty-one reruns! We also sold out six times and we are all very happy with how it went. In fact we will return to perform together, but this time only me, Carbotti and D’Alessio with our trio I Mai Na Gioia Spettacoli, in October.

Changing the subject completely, we are a bit meddlesome and in the name of the pink quotas we would like to ask you: are you engaged?

No, I’m not engaged at the moment. I just got out of a relationship that didn’t go as well as I hoped. Unfortunately, there is the curse of Valentine’s Day… it is a losing battle. Also this year I celebrated San Faustino and that’s it. The search for the right person is always active, however, even if it is wrong because it is when you are no longer looking for that you find special people. But it’s hard to force yourself not to try.

You’re right. Speaking instead of your future: what are your projects, where do you see yourself in five years?

In the meantime, I hope to be well. Health is essential, if there is none, everything else becomes superfluous. So, making sure I am still sane and functioning, I hope to present a good TV show that will allow me to bring out some verve or in some good fiction done right. This year this looks promising, in March we will shoot the second season of Ricci & Capricci. Even the social networks are giving me a lot of satisfaction and now it is a second job. For the rest we will shoot the Din Don sequel this summer and in the meantime I continue my work in NSL radio on Rome, which is growing more and more. I am happy with these results!

It seems to me, therefore, that there is no lack of dreams in the drawer …

I would have many dreams in the drawer … the problem is finding the right piece of furniture! We miss the chest of drawers! (laughs, ed.)

We know that you love to travel and with Diana herself you have made some wonderful trips. What is a place that has particularly remained in your heart?

Definitely America. At 19 I had promised myself to do the coast to coast e I kept my promise to myself, even though it happened several years later. I always say that keeping our promises with ourselves is the turning point of our mental balance. So I left with three dear friends, including Adriano Bettinelli. We have been everywhere, we have seen beautiful places.

At 30, then, we are in the prime of life and this helps in such a journey …

That’s right, at 30 you experience emotions with a certain maturity, but at the same time you still have the youth that allows you to do some bullshit, while still maintaining a certain credibility. It was the perfect time. At 40 you experience such a journey in another way and at 20 you are perhaps too young to dwell on the right things.

We mentioned your activity on social media before; you too – like so many of your colleagues – now have a significant number of followers on Instagram. Do you feel like a bit of an influencer for this?

A little bit yes, come on. I realized I was an influencer when I recommended a toilet seat that goes up fast and goes down slowly instead. 50 bought it! Joking aside, I collaborate with a lot of sponsors, from Philips to Venchi to IKEA… so I guess they see potential in me from this point of view. I only sponsor what I like, in fact I said no to some things. Absolutely no to gambling, no to alcohol… I’m very careful about this. Being a bit hypochondriac and germophobic, I sponsored the air purifier, to give you an example. Of course, if they were to show up with a briefcase full of money to get me to promote Indian hats maybe a little effort I would! (laughs, ed.)

The worst thing that happened due to a social network?

Bad bad I wouldn’t say. Fortunately, I have very few haters, they are so few that when I have one I immediately notice it and I also give it too much importance. I am stupid in this indeed! But I’m one who always tends to put them back in place and I’m good at that. However, it is difficult to get angry with me in the end, which is why I rarely bump into someone on social media.

Is it a beautiful thing instead?

Well, for example, a person I met on social media has become a very dear friend of mine. Then I go crazy when the children who are not well, who maybe are in the clinic, write to me that I make them laugh during the day … there I feel bad, I start crying alone. I look cynical, but inside I melt like a Venchi chocolate, precisely. Or when people tell me that they are sad and that they have their first smile of the day thanks to me. TOeven though, knowing that they are sick, imagining that I am the only funny thing in a person’s life does not please me that much.

POP is my grandmother who eats Japanese. If that’s not POP, I don’t know what it could be! The past that enters with a straight leg in current tastes. Grandma eating sushi is the most POP thing in the world… but also when she starts making a fuss with me! An old lady who starts doing stupid things with a boy in the 2000s, this is POP!