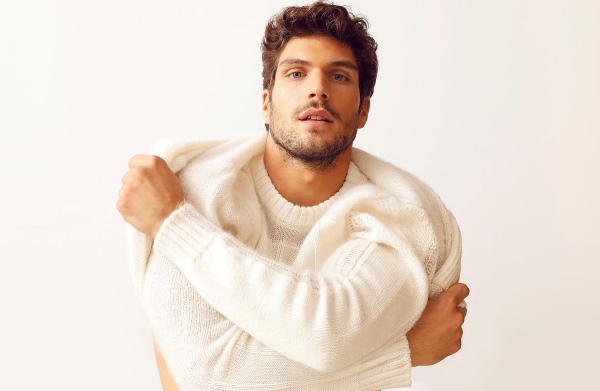 Elia Fongaro it is beautiful, everyone knows it, he is the first to be aware of it. But there is more, much more, and he has shown it on several occasions. Gossip does not interest him, not even easy success, he could have achieved it, if only he had wanted to. But him he is one who studies, who seeks their own dimension and the spotlight on them for a scoop doesn’t know what to do with it. We from Digital Global Times we met him and we set ourselves a goal: to tell the story, the ambitions and the present of a beautiful dancing, not to mention the Big Brother Vip and his love life. Here’s what he told us.

The words of Elia Fongaro

Elia, with this interview we would like to find out who you really are, as well as the prejudices deriving from your appearance or from your television past. Let’s start by taking a step back immediately: when did you realize you wanted to pursue a career in the fashion world?

I come from a very small reality and, although only a few years have passed, in 2010, when I reached the age of majority, the news did not turn as it does today thanks to social networks. I was completely foreign to this world, I knew nothing about it and could not know anything. I’ve never dreamed of becoming famous in my life. I have always been an ambitious, competitive boy, I have always tried to give my best in school and in sport, I have always been on my own, I had different visions from others, I reasoned differently. Then, at a certain point, I realized what opportunity to take to get revenge, to define myself and my destiny. I come from a normal family, from a very small reality, far from the spotlight. When I realized I could use or, better said, exploit my appearance to start a new path, I did it. So I moved to Milan, alone and without money, I enrolled at the university, I started working, I did various things, from the worker to the bartender. I’ve always been independent.

If you were ugly, would you have taken a different path?

One person told me that if I didn’t look like this, I would already have achieved my goals, I would have already started a brilliant career, out of the spotlight. I don’t know if that’s the case, what I know for sure is that I took an opportunity. I understood that my appearance could help me and I jumped at the opportunity to exploit it, also because, coming from a normal family, I would not have been able to obtain other types of help or open doors.

Speaking of your family, how did they take your choice to work in the fashion world?

My parents have always trusted me, I will always be grateful to them. I grew up in a healthy environment. Sure, the years between sixteen and nineteen were complicated, I was unmanageable, I drove my parents crazy! (laughs, ed) The truth is that I have always been not very maneuverable, I have never let myself be guided. They have never imposed anything on me or asked me to be and do something that I am not. They have always encouraged me to give my best, but always giving me carte blanche. I have to thank them, because they know how many difficulties are behind it. Often only the surface is seen, but the truth is more complicated than what is visible. I grew up in a village of just a thousand inhabitants, practically in the building where I live in Rome there are more people! (bursts out laughing, ed) So, I realize that my choice was destabilizing, but they continued to lead their life and I made mine.

Your debut on TV took place in 2013, with Strip the News, where you were the first show in the history of the program.

Yes, I had started a few years earlier, modeling, which is the activity I have always done over the years. Then, at a certain point, Striscia arrived. It all happened by chance: I was at home, after the summer holidays, and, through some friendships, the opportunity to audition was born. It was an important opportunity, which gave me a lot, but in some ways it created difficulties for me: TV and fashion are two opposite realities, having taken part in a television program has inevitably destabilized my path as a model. But I am grateful for that experience, I worked with great professionals and, at just twenty-two, I found myself in a reality bigger than me. At the time I was small, unconscious, maybe I didn’t even realize how formative that experience was, but today I know it was important, it taught me a lot.

Were you never restricted to the role of velino, which required you to exhibit your body without being able to speak?

Today, in hindsight, I tell you that I would have preferred to lead rather than be a dancer. Then I had never danced before! This is the funniest thing, I wonder how they chose me, I am completely denied, I have no sense of music, of rhythm! (bursts out laughing, ed). If it was burdensome to do the tissue? At that time, it was just fine, it allowed me to earn, look around, learn. I was paying for my studies, I was in a big car, for that age it was just fine. Obviously I would have liked to let my personality be known, to make my voice heard. It is also obvious that, if such an opportunity came today, I would be sorry, because now I am twenty-eight, I have studied and continue to do so, I want to show more of myself, as well as my appearance. This is also the reason why I agreed to be Big Brother: I wanted to make known the content, as well as the container.

Speaking of this, it is always thought that beauty can only give, without taking anything away. From your point of view, what does it give and what does it take away?

Beauty gives. This is a fact, today’s society is based on appearance unfortunately. The form overwhelms the substance by far, it is all image. In my case, it has given me so much. The truth is that it takes nothing away: it simply stops giving at some point. The reason? Simple: you become a victim of prejudice. Whoever stands in front of you, if you are beautiful, wonders if you also have other things to offer. It has happened to me, sometimes, to talk to a person and to notice a closure towards me, a prejudice. At first I suffered from it, today I learned to have fun. When I understand that there is no will to know me, to go beyond the wrapping, then I laugh at it. I know, I’m a bit of an asshole, but what can I do? Do you think you only know me because I look like this? So I, in turn, judge you for what I see: an idiot who does not know and does not want to go beyond appearances.

Nowadays, to achieve success, it takes very little: an Instagram story, a real or alleged scandal, a photo on social media …

I don’t want to demonize anything. I do not condemn social networks, they are an opportunity for everyone. However, its use should be regulated. Everyone has the opportunity to have their say, to spit hate, to make improper use of it. From my point of view, the real problem with social media is that they have destroyed professionalism: people without art or part, who without Instagram would not have had the opportunity or the ability to express themselves, today have a resounding success. All this has penalized work: incompetent people do things that, in another historical moment, they could not have done, everyone is given the opportunity to do everything. And the professionals, those who have studied and made their way through the ranks? They trudge. It is useless to demonize the effect, you have to work on the cause, that’s where you have to start.

You, for example, did not take advantage of certain opportunities that you had, you could have achieved greater success in a shorter time.

And I could have made a lot of money too! (bursts out laughing, ed) It seems absurd, the price to pay to maintain this type of profile is to earn nothing. It should be the other way around: if you study, commit yourself, work constantly to fulfill yourself, you should get results, but today a scoop or an Instagram story pays more. Another aspect to report is non-pay: when you take your first steps into the world of work, they tell you that you have to make use of the experience, that there is no money. Those who do not have the financial possibility to start this path are already very disadvantaged. Practically studying and working to succeed is a job for the rich. Absurd, right? All this goes beyond common sense, this makes me very angry. However, I continue to do mine: next year I plan to graduate in Political Science and, in the meantime, I study acting. I hope I am given the opportunity to express myself and feel fulfilled. I am not speaking on an economic level, but on a personal level. I find it absurd and demeaning that, in order to survive, it is necessary to become victims of this system, to fall into trash, to sell out. It is almost heroic to believe in a project and to work hard without falling into temptation.

The temptation, for example, could be the proposal of another reality show: would you accept?

I never exclude anything a priori, it is hypocritical to do so, but it is not my priority right now. Even in this case, however, I do not demonize anything. A reality show is an opportunity. Darwin said that intelligence is a spirit of adaptation, so taking the best out of a situation and making it a real opportunity is what matters most. It must be said, then, that people eat what they are offered and they are offered what they eat, therefore, for things to improve, it is necessary to commit on both sides. You can offer a nice and smart show, you just have to really want it.

We conclude this way: we are called Digital Global Times and, with the term pop, we want to indicate something beautiful, attractive, engaging …

You see? Even the term pop is being demonized today! Pop is a beautiful thing, especially when compared to the word “woman”! Unfortunately, over time, this term has been debased and given an almost bad meaning. If misused, it almost seems like something to be condemned. It shouldn’t be like this: pop is the popular sentiment, but today it seems almost a derogatory, a synonym for trash, cheap. This is not the case, on the contrary, it is the exact opposite!

So what is pop for you?