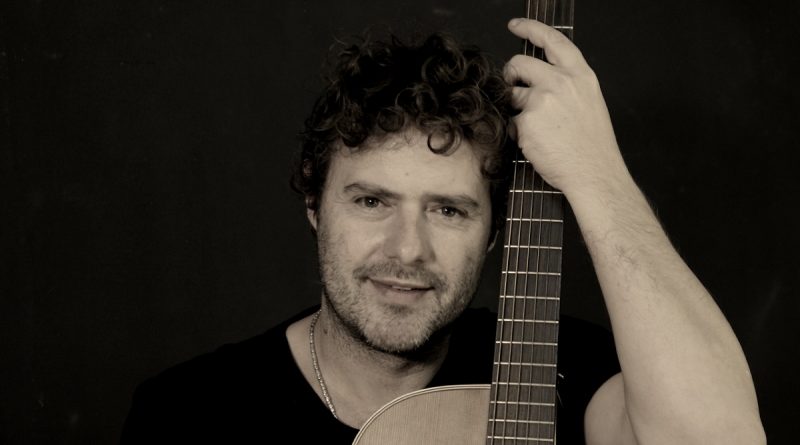 A dazzling career, which began when he was just eighteen. An (apparently) unstoppable success, first in South America and then in Italy, more than two million records sold, five Sanremo Festivals and one hit after another at the top of the rankings. Then silence. Paolo Meneguzzi, seven years after his last studio album, is back with a new single, The bravery, a mature and aware piece, which marks a new beginning. During our chat, we retraced his career, the lights and the shadows, up to the present, his son, his wife and today’s music, which exists even without a spotlight.

The words of Paolo Meneguzzi

Paolo, I would like to start from the last step of your long career: The bravery. An important piece, in an equally important and delicate moment as the one we are experiencing.

Courage comes from a collaboration with Emilio Munda. The fact that this world takes away from the weak to enrich the great made me think of who really brings out the courage to live. Those who deserve recognition are certainly not large companies and multinationals. It is the weakest who must have courage in this world. It is from this consideration that the piece was born.

Taking a cue from some lines of your new piece, I would like to tell a little about you. The bravery opens with an emblematic phrase: “There are those who know how to make a beginning of an end and begin to live there“.

I have great willpower that saves me every time. I always work so hard that I don’t have time to finish a path that I immediately start another one. I have also been very lucky, more than once life has given me an opportunity, but I also believe that it always took me to get it. Before I was a working machine, I also took two or three planes a day and I represented a good product, that’s why the record companies supported me. They knew they found a tireless machine in me.

Another important verse is “We are all better at dying than at gambling our life every day“. Have you ever thought about giving up everything?

I think about it every day, but I don’t say it with sadness or despair. When my path gets in the way of my child’s growth and gets in the way, I would have no problem changing. But also because over the years I have reached a different awareness. Music is disconnected from success. And the music is alive the moment you have a guitar in your hand, wherever you are and at any level. Today I love being alongside young talents. I no longer have the urge to appear at all costs and it is also for this reason that I hardly show up anymore, except on social media. I’ve always been offered reality shows or TV shows, like Now or Never, but I’ve always refused.

I like to keep telling you through The bravery. In the last lines of the passage, you sing like this: “Because the fears that we do not fear have always feared us“. What are your biggest fears?

Today I suffer a lot from judgment, I can’t understand why there is so much wickedness in the world. It is so good that there are so many different forms of art, we should enjoy them without judging them. Any form of art is to be respected. I hope that we can mature in this sense, also because regardless of judgment or prejudice, through social media, today it does enormous damage on a psychological level, especially towards the most insecure and the youngest. We hope that a form of protection will arise from haters and from anyone who does nothing but attack others, often with malice and anger.

Let’s take a step back. Your career started twenty-four years ago, then you were just 18 years old. The Paolo of today, if he could address the boy of that time, what would he say?

Seeing me now, that I am satisfied, I have become a father and I have a wonderful woman by my side, I would tell him to do the same things again. I worked a lot, for at least fifteen years, uninterrupted. My young recklessness made me think big, I was sure I would reach certain levels, I can’t even explain it to myself, but my willpower and tenacity pushed me to believe it. Maybe it was just naivety, but it gave me such strength that it pushed me to work steadily, until I saw my future being built in front of my eyes.

In the span of these twenty-four years, you have participated five times in the Sanremo Festival and each time it has been a success.

How many memories: Pippo Baudo supported me a lot, Bonolis chose me at a time when I was at the peak of success; Tony Renis with Simona Ventura, in 2004, they believed in me and allowed me to turn around. And then Raffaella Carrà, who was the first ever to want me in Sanremo. But I don’t hide from you that the most important Sanremo was the one in 2007, when I sang Music. I had a really beautiful song and everyone was aware of it, from Pippo to my entourage. We had a special charge and a contagious positive energy. It was unforgettable.

Would you have liked to go back this year?

No, and I haven’t even tried. I do not believe it, I do not think it is my path, at the moment it is not what I want and trying without conviction would be useless, they would never take me. Maybe someday something will happen that I will return to that path. But, at the moment, if I could decide between myself and a guy from my academy, I would undoubtedly give up my job willingly.

We said, twenty-four years of career, over two and a half million records sold, an unstoppable success in Italy and abroad, but then, at a certain point, it seems that something has changed. What happened?

It’s all part of a world I never wanted to enter. It would have been easy, at certain times, to get the number from Fegiz, pamper Linus, go to Caio and Sempronio’s birthday parties, send greetings messages to important people. I’m not like that, I work without seeking anyone’s graces. I’ve always been a music craftsman, one who believes hard work always pays off. I am part of the ranks of self-employed people and will somehow manage even without the media that have turned their backs on me.

Before talking about the present and the future, I would like you to look back: is there something you would do better, if you could go back?

The Eurovision Song Contest did not satisfy me. I messed up. I got there in 2008, after twelve years of hits. Maybe I too had run out of energy and I’m sorry, especially for not representing my country, Switzerland, at its best. I gave everything I had, but I was tired, in fact my stop for years came after that moment. It wasn’t due to that, mind you, but I had really run out of ideas.

We come to the present. There is a partly unpublished Paolo for the general public, I refer to the one who is the artistic director of the most important school of talents in Switzerland, the POP MUSIC SCHOOL, which has six hundred artists. Can you tell me about this business of yours?

It is my resurrection. I follow young artists who dance, sing, play and act. We are a Fame academy and we focus on quality. Today we turn five and our work is starting to bear fruit, we have many guys now ready to work and to be able to face the adventure of this path.

Not only that, there is another Paolo even more unpublished, because you don’t like to talk about your private life: three and a half years ago you became the father of little Leonardo.

Compared to him, everything else is nothing. For him I would give my life. Nothing makes any more sense except in its function. His birth really changed me, as a man and as a partner of Linda, my wife.

Let’s talk about the future. What’s in yours?

What I will do is release my new pieces within two months of each other. And even if today we are very attached to the image, I want the music to arrive, the purity of the music, without superstructures.

We conclude like this: our magazine is called Digital Global Times and, for us, the term POP represents something beautiful, exciting, captivating. What is POP for you at this moment in your life?

Pop for me means popular, it represents something that belongs to everyone, so pop is the music, which is what – despite everything – continues to give me the strength and the courage to move forward.