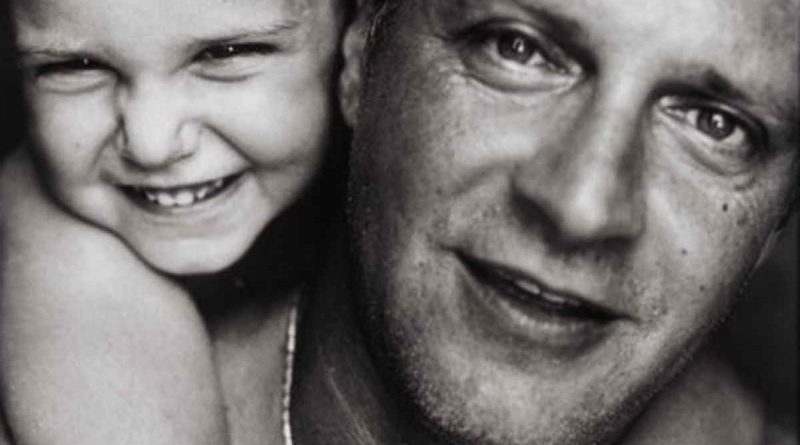 Andrea Varani he is an established photographer, he has been doing this job for practically lifetime and has something to say to the new generation of his profession. Tuscan, likeable and whimsical: this is who the photographer is who owes his success to his father and the passion he was able to transmit to him, in the most natural way possible. We interviewed him for you and below you will find what he told us!

The words of Andrea Varani

You are a photographer and have been doing this job for years. What do you think of the fact that today, thanks to Instagram, everyone feels like photographers or artists? Do you think this devaluation of his work hurts a professional?

Surely. Unfortunately this is the case and this is not true only for social networks; it was precisely the advent of digital that allowed this phenomenon to manifest itself. The profession of photographer has certainly been devalued, on the other hand, those who buy a motorcycle know very well that there is a Valentino Rossi in the world, those who go to play soccer know that there is a Cristiano Ronaldo and the various champions. Those who buy a camera, a Canon for example, already feel like a photographer, or rather a photographer as they say now! (laughs, ed.)

You’re right. And I imagine it also has repercussions on the economic aspect; often, when a job is requested, one relies on a non-professional – or inexperienced – only because perhaps he or she requires a lower fee …

Yes, but there is also a lot of ignorance. Clearly, if a photographer offers you a service for too low a price, he cannot guarantee you the good job that a professional would guarantee you, that’s for sure. And unfortunately social networks have also contributed to this: to give credibility to many inexperienced people who feel they have arrived. Public ignorance supports this thesis. And it must also be said that those who promote their product on social networks need a lot of material and do not look at the quality of the image, as maybe they used to do in the past. Social is immediate, it runs fast and, even if the quality is lower, it doesn’t matter. Just post. And in fact you see pages of photographers that make you laugh, but today it is a reality. However, as a professional, I tell you that in the end this thing can annoy up to a certain point: our audience is another, it must be another. Although it must be said that yes, as a profession, that of the photographer is unfortunately a bit out of date today.

This is really a shame …

Yes, even if you then see that those looking for professionalism are willing to pay for what they ask for, for the photographer’s experience and background. I am working more than before, for example, but I realize how much things have changed. I happen to work for clients who invest a lot in the character, whether she is a level model or a blogger are all characters that impose the photographer on you. While, on the other hand, whoever wants Bianca Balti treats a figure and the first question you hear is “Who is the photographer?” and if you don’t like the answer or don’t consider the one mentioned a good professional, you simply change it or someone else is proposed. Fortunately, in this sense, the balance has remained unchanged: there are still those who know how to recognize professionalism and therefore its price. Before there was more satisfaction in doing this job; maybe you worked less, but you earned a lot more and had time to focus on some other project, but that’s okay too, we’re not complaining!

For your sets are you inspired by the character you are about to photograph or do you let the latter adapt to your inspiration?

Depends. And it mostly depends on the character; a character must be respected more than a model. So yes, try to get to know him as much as possible, try to understand his certainties, his certainties and make sure that everything is harmonious. It also depends on the type of work: a portrait necessarily requires the personality to come out, while when it comes to fashion it is quite another thing. There is a more formal research there, if you work in the studio you focus on the woman, on the product in general. If I work outside and have the opportunity to exploit exotic places I like to show the environment; so fashion blends with the landscape. I love to travel and show the public what we are doing.

Who would you like to photograph that you haven’t photographed yet?

Ah, that’s a big question! One model I have missed and always liked is Christy Turlington, so I would tell you. Although today she will be my age, but she is still beautiful. Since I was a boy he has always impressed me a lot.

Have you ever had a photographic dream in the drawer, which you then realized?

Where I wanted to go, I went, I feel very lucky. One of the biggest thrusts that made me choose this profession was the possibility of traveling; before, however, I was more successful, but today I am able to do it mainly thanks to foreign newspapers. My dream was the Himalayas and in the last few years I have been there twice: I shot at 5200 meters, you lack oxygen, but you feel on top of the world. You feel it right at your feet. Then Africa… I did a lot of shoots there, not just in fashion. And that for me was another dream that I managed to achieve; still today I propose Africa as a natural set for many jobs and if I don’t have commissions, maybe I have a week of free time, I leave and go to do something alone, something for me.

Here, I was just about to ask you what photography represents for you and for the most part you have already answered me, do you want to add more?

Photography for me is everything; it’s something that moves me. I don’t have much time to do personal research, but if I have a week off I’m going on a safari. And I do it just for myself because in the end I don’t even publish those photos, I keep them on file. Well, one of my projects is to open my own gallery in Mexico, where I have had a house for several years. Opening a gallery would mean exhibiting all those photos I took just for myself, in my spare time.

Which of the characters you photographed was your favorite?

I prefer to do fashion, because I feel I am freer. You have to respect the character and therefore he must be portrayed for how he is, for how it is right to portray the person and not for how you would like to photograph him. There isn’t a character that struck me more than others, I can tell you maybe the nicest, the most unpleasant, the most difficult one, but there wasn’t one that really hit me deeply.

Many think that it is enough to add two filters to a photo for it to magically become a masterpiece. We know, however, that a lot, in the yield, depends on the light you choose, on the jellies and all the rest. Do you find that today there is a different conception of photography than in the past?

No, the concept of photography has not changed and cannot change. The basis of photography is light; so whether you collect that of the environment and manage it as you wish or recreate it in the studio with artificial lights, it is still essential. Photography derives from the Greek: writing with light, so this cannot possibly be separated from the concept itself. So no, it hasn’t changed, but I don’t think it will ever change either. If there is no good light, there cannot be a good photo.

Harder? (laughs, ed.) The work done in the Himalayas was certainly difficult, because I found myself there for the first time without even having foreseen it; it was a commissioned work in India and it was early July. In Italy it was very hot and dying and I said to myself “Imagine if it will be cold in India” and instead I found myself shooting at more than 5,000 meters without even the right clothing, as well as physical preparation. We did a full day at 3,000 meters at base camp to get used to that altitude. It was physically difficult, but wonderful. Just think, I arrived there in a T-shirt, without even a sweatshirt. Luckily they lent me a fleece … I wore it for three days, I didn’t even take it off to sleep! (laughs, ed)

Have you ever been inspired by someone or have you tried to immediately have your own artistic identity?

I have not calculated much, I have always just done what I liked to do. My father was an amateur photographer and so even before I became passionate about photography, I almost suffered it. I was interested, but up to a point, it was more of a way to share time with him, maybe when in the darkroom we would start printing in black and white… it was something that I enjoyed. So being with him and getting to know other amateurs I went into this world and I started to appreciate landscape photos a lot. Maybe that’s why I also brought it back into fashion, travel, landscape… introducing a living subject into it. At the time there weren’t many photographers doing what I did, so I did it without calculating much, without being inspired by anyone in particular. I just liked it. It amused me and gave me more than the portrait and other expressions. It all came naturally and these were easier times: there was no competition and there were no social networks; we concentrated more and did more research work. I took my best photos in those years.

By the way, what’s your best photo?

If you could steal someone’s photo, what would it be?

This is a difficult question to answer. I would go back to Christy Turlington, there are so many photos of her taken by others that I would have liked to take myself. I don’t know if it is due to a touch of envy towards those who managed to photograph her or from a sort of admiration towards her. Even our Fabrizio Ferri, with him we are also friends and he managed to photograph her a lot. Well, maybe I would have liked to have taken many of his photos, again at the end of the 80s… and for another reason we were working together for the same newspaper at that time. But he photographed her and I was too young to hope for it.

Pop-art comes to me to tell you. I have developed pop-art in my works a lot in the past, in fact I’d also like to do it again. Now that we are talking about it, I feel like bringing it back. I followed it a lot and it inspired me … I haven’t had more opportunities, but this might be the right time to propose it to someone again.