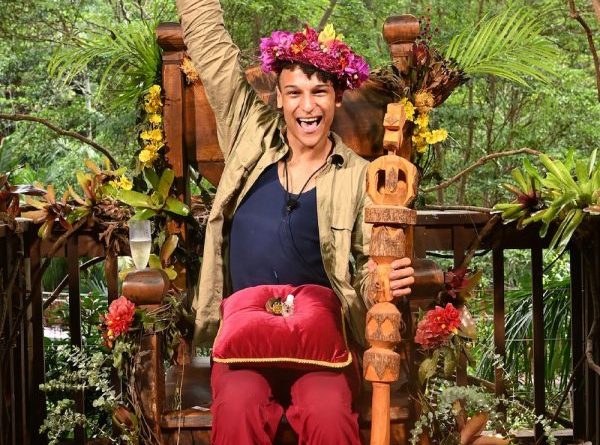 January 10, 2020 was the starting signal for this year’s edition of the jungle camp. “I’m a star – get me out of here” went into the 14th round. As always, Sonja Zietlow and Daniel Hartwich were present as moderators. The jungle camp 2020 was broadcast live from Australia on RTL in 16 episodes. In 2020, 12 celebrities moved into the jungle again, and faced many challenging tests and of course cashed high fees for participation. On January 25, 2020, the grand finale was celebrated and Prince Damien became the jungle king in 2020 chosen. He earned a fee of 55,000 euros and an additional 100,000 euros in prize money: 155,000 euros in total. The big reunion will follow on January 26th.

Fees of the participants in the jungle camp 2020

As usual, 12 stars are moving into the Australian jungle camp again. Some are known, some are perhaps rather unknown. However, with the transmission from the camp at the latest, you get to know the jungle stars, with all their quirks and fears. RTL has chosen the following candidates:

2 Raul Richter: The jungle participant became known through his role as Dominik Gundlach in GZSZ. From 2007 he was in the soap, in 2014 he got out because he wanted to devote himself to new projects. His career then stalled somewhat, guest appearances and participation in “Die Küchenschlacht”, “Global Gladiators”, “Rosamunde Pilcher” or “Kreuzfahrt ins Glück” did not bring the desired success as an actor. Now Raul Richter can shine in the jungle camp, his Fee of 110,000 euros is in any case remarkable.

4th Daniela Büchner: Now the time has come, the widow of Malle-Jens moves into the jungle. She follows her deceased husband and, like Jens Büchner, takes part in the jungle camp in 2017. Daniela Büchner had already signed for the 2019 jungle camp, but then canceled it because of the death of her husband. Jens Büchner died of lung cancer in November 2018, and the grief of his wife and his fans remains unbroken to this day. An emotional step for Daniela to move into the 2020 jungle camp, which definitely deserves a lot of applause. The fee for Daniela Büchner should be 70,000 euros.

5 Marco Cerullo: Recently you saw this candidate at “Bachelor in Paradise”. The Cologne native was also featured in “Bachelorette”. Now he can use the jungle to boost his TV career and increase his awareness. The fee for Marco should be around 40,000 euros.

6th Prince Damien – Winner 2020!: The real name of this candidate is Messiah Prionce Damien Ritzinger, who was born in Johannesburg, South Africa in 1990. His father is a Bavarian and found himself in Johannesburg as the head of gastronomy on a cruise ship. His mother died when he was just one year old, and then he moved to Germany with his father and older sister. Prince Damien studied music production and sound engineering. He already took part in the casting show “The X-Factor”. In 2016 he took part in the 13th season of DSDS, where he not only impressed Dieter Bohlen, but all DSDS fans. Prince Damien became Germany’s superstar and won DSDS in 2016. His fee is said to be 55,000 euros. He urgently needed the money because he is said to have not posted any income to his account for months and was almost broke. The additional prize money of 100,000 euros will give the jungle king a financial cushion, but he would like to donate 20,000 euros of it.

7th Toni trips – (Antonia Komljen): Only in 2019 was “Toni” a participant in DSDS. She made it into the recall in Thailand. Through her brief participation in DSDS, she was able to build around 40,000 followers on Instagram. She didn’t succeed in doing this with music, no, but with her free and special way of presenting herself. Her style is flashy, followed by lots of tattoos, that should please her fans. In any case, she can now present herself in the jungle camp 2020 and further increase her awareness. Toni Trips’ fee should be around 22,000 euros. This makes her the person who earns the smallest amount in the 2020 edition of IBES.

8th Günther Krause: This participant is a former Federal Minister of Transport. The CDU politician has a lot to show. As early as 1990 he negotiated the Unification Treaty for the GDR, which he then signed with West Interior Minister Wolfgang Schäuble in the summer of 1990. We can certainly expect some exciting political stories from Günther Krause in the jungle camp 2020. He should receive around 80,000 euros from RTL. Günther Krause urgently needs the money, because he is said to have almost one million euros in debt.

9 Elena Miras: The reality TV star will already be known to some. She has already built up a small fan base through her participation in “Love Island” and “Das Sommerhaus der Stars”. With the jungle camp 2020, she can now further expand her awareness and gain even more fans. In addition, RTL gives one Fee of 60,000 euros on top of it that is to be used for a home purchase.

10 Claudia Norberg: This jungle camp participant became known through her marriage to Michael Wendler. Her ex was already in the jungle, but moved out after 4 days. We hope that Claudia Norberg shows more stamina. The two met and fell in love while they were still at school. They also have a daughter. After 29 years together, the marriage broke up, and in 2018 the separation took place. The Wendler-Ex should collect around 80,000 euros, However, the money goes directly to the insolvency administrator, because Claudia went completely bankrupt with her record company in 2016 and urgently needs to earn money.

11 Sven Ottke: The former boxing world champion is certainly tough. The former professional athlete came very far with discipline, ambition, motivation and mental strength, after all he was a professional boxer and world champion from 1997 to 2004. This makes him one of the better-known secured in this year’s edition of the jungle camp. He can now put his skills to the test. His Fee of 100,000 euros the boxer wants to donate in full.

12th Markus Reinecke: The native of Lower Saxony became known as a junk fox. He is particularly noticeable with his long hair, we can be curious whether he will also stand out in the Australian camp. The junk fox is already known to many as a returning retailer from the RTL program “The Super Dealers – 4 Rooms, 1 Deal”. Now he is being rewarded for participating in the jungle camp. The fee should be around 30,000 euros.

How much do the stars earn in the 2020 jungle camp?

Actually, RTL is not out of the fact that the fees of the jungle participants are published. Fortunately, the stars like to chat and so the fees gradually come to light. We have to Wait a little longer until we can find out all the fees. We’ll keep updating here as soon as all the Stars’ earnings are announced.

Prize money at the jungle camp 2020

The highest merits in the jungle camp so far