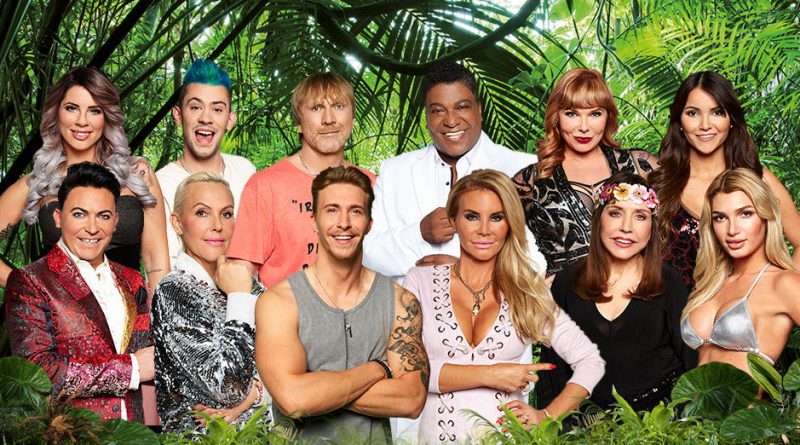 The jungle camp went into its 12th round in 2018, unbelievable how many seasons there are of this show. The 2018 jungle camp started on Friday, January 19th on RTL at 9:15 p.m. From this point on, the jungle show was broadcast daily again, the final took place on February 3rd. There was also a special show again, on February 4, 2018 the big reunion took place. As usual, the spectacle was moderated by Sonja Zietlow and Daniel Hartwich. The fees of the jungle camp participants always want to be well guarded, nevertheless, the great merits gradually come to light. Jungle Queen 2018: Jenny Frankhauser

Fees of the participants in the jungle camp 2018

Basically are up to 300,000 euros is quite possible. Conversely, less well-known people only get a salary of 40,000 to 65,000 euros. Always with the premise that the jungle trip will be held until the end or at the time of selection. The contracts at RTL are tough, if you break off, you get nothing. Of course, one must also mention that the earnings in the jungle camp must not be considered individually. The show also gives you the opportunity to get back into the limelight and boost your career. Further appearances then come about by themselves, for example at the celebrity dinner. You can then generate additional income from such TV shows.

How much do the stars earn in the jungle camp 2018?

We can currently only estimate the fees, as soon as more details become known, we will of course pass them on to you.

Some of you will know the German footballer. Among other things, he played for 1. FSV Mainz 05, Eintracht Frankfurt, Dynamo Dresden and FC Schalke 04. He was known as a drinker, which did not detract from his popularity. His announcement on the answering machine was famous: “I can be reached in my local pub by five in the morning”. We are curious to see how Ansgar Brinkmann will do in the camp. Ansgar Brinkmann voluntarily moved out of the jungle camp on January 28th, 2018.

The transgender model was born in 1996 as Pascal Rademacher. The first gender reassignment operations took place at the age of 16. Giuliana Farfalla from Germany’s Next Top Model is known, she took part in Heidi Klum’s show in 2017. As the first transsexual, she made it onto the cover of the German playboy. Now she will continue to increase her awareness through the jungle. Giuliana Farfalla gave up on January 24, 2018 and left the camp.

Jenny became known as the sister of Daniela Katzenberger. She does the same as the cat and is now on television more and more often. Jenny is also active as a pop singer and has already released a few singles. She has previously revealed her motivation for participating in the show: Jenny Frankhauser wants to lose weight. It will be an exciting diet camp for them. She also admitted that she was young and needed the money.

This jungle camp participant is a drummer for the band Eskimo Callboy. He became known through the show “The Bacholerette” last year. He even won, Jessica Paszka chose him. The relationship only lasted a few months, and in September 2017 they broke up again. Maybe he’ll find the love of his life in the jungle? His stay in the jungle ended on February 2nd, 2018, David Friedrich was elected.

The German photo model is not unknown. Tatjana Gsell has already been seen in GZSZ, Celebrity Wife Swap, the Perfect Celebrity Dinner, Big Brother & Co. Now she can prove herself in the jungle. Her participation ended on January 29, 2018, the viewers of the jungle camp voted out Tatjana Gsell.

This candidate also has TV experience. He has been featured in the documentary soap Ab ins Beet since 2012 and also in other programs on VOX, such as Hot or Schrott – die Allestester. With the camp he wants to further expand his level of awareness. He stayed in the jungle camp until February 1st, when Matthias Mangiapane’s participation was then ended by the audience.

In 2012 the singer took part in DSDS and even came second. Dieter Bohlen said to him that he had star appeal. He then released two albums and a few singles. Will he also sing a song in the jungle? Daniele Negroni puts forward a lot, he has already announced that a flirt in the jungle camp in 2018 is not excluded. Who was he thinking of?

The former model became known through her marriage to the German actor Uwe Ochsenknecht. She has not been by his side since 2009. Natascha has already been in many shows, for example Shopping Queen of the Year, the perfect celebrity dinner, Grill den Henssler, Celebrity Big Brother, the big baking … we are curious to see how she does in the jungle of Australia. On January 30, 2018, the audience decided that Natascha had to leave the jungle camp.

The German actress, singer and presenter has a long filmography. She was in many films and especially TV series. To that extent, they will know some of you. And if Sandra Steffl is still unknown to you, you will be able to see her on television every day for the next few weeks. She said beforehand that she doesn’t like spiders, rats or critters on her. That could be very exciting. The audience ended their participation on January 25, 2018 and the actress had to move out.

The spirited Colombian is just at the beginning of her TV career. Her face will be known to some Bachelor fans, she took part in the show last year. She has already announced that if the love of her life should be in the jungle, she will also go on the flirting offensive. Kattia Vides left the camp on January 31, the audience decided against her.

Tina York is a singer and, like her sister, pop star Mary Roos, earns her living with music. In the meantime, it has been revealed to the picture that her fee in the jungle camp is 100,000 euros. Her sister says that Tina York has never made so much money in such a short time.

The singer became famous in 1989 with his hit If I Only I Could. He is now 57 years old and would like to face the challenge apart from music. Sydney Youngblood is already looking forward to the 2018 jungle camp – at least so are we! On January 26th, 2018 the audience voted out the singer.

On the big final day there were only three candidates left in camp. Jenny Frankhauser, Daniela Katzenberger’s sister, was also involved. Tina York was also in the running for the jungle queen title until the end, the pop singer received a whopping 100,000 euros for her participation and finally went as number 3. The third in the league and Vice Jungle King 2018 is Daniele Negroni, former DSDS participant, who was even the second at the time Reached place with his singing. Winner 2018: Jenny Frankhauser.

The highest merits in the jungle camp so far